• The Umbrella Academy is still #1

The Umbrella Academy has swept the TV Demand charts in both Australia and New Zealand for the second week in a row off the back of the show’s second season being released on Netflix.

Speaking of Netflix, Lucifer has begun to move up the TV Demand charts with the release of part one of the show’s fifth season due out on August 21. The show was originally on Fox before being cancelled after season three and was then subsequently picked up by Netflix for a fourth season.

The series is based on the DC Comics Vertigo character Lucifer Morningstar also known as the Devil who first appeared in the comic book The Sandman before also appearing in its own spinoff comic book series. In the TV adaption, Lucifer leaves Hell for the bright lights of Los Angeles where he runs his own nightclub and becomes a consultant to the LAPD.

The upcoming fifth season was expected to be the last but a sixth and final season has been confirmed. 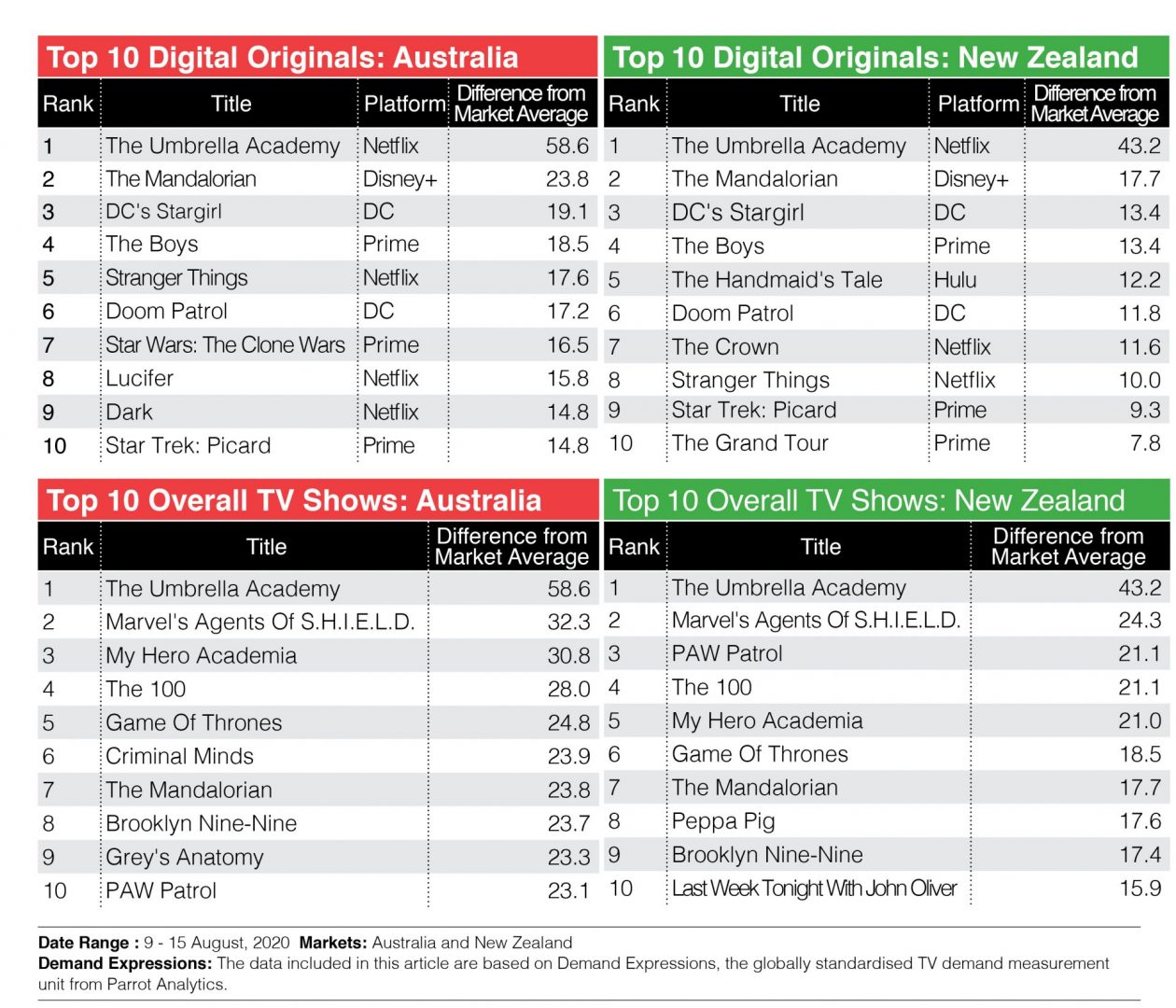