• Keep Up: The Kardashians find themselves at number four on the Overall TV Charts

In a fairly static week in TV land with Stranger Things continuing to dominate the charts ahead of its July 4 release date, there has mostly been fractional movements to the Digital Original and Overall TV charts. Exkept, yes Except with a K, the Kardashians who have shot up to number four on both market’s Overall TV Charts this week after not ranking last week.

The sixteenth season of Keeping up the with Kardashians has been building to the alleged affair of Khloe Kardashian’s husband NBA player Tristan Thompson with Kylie Jenner’s best friend Jordyn Wood. The penultimate episode of the season showed Khloe confronting the rumours of the affair while dealing with a debilitating health issue. With the season finale to feature Khloe dealing with the shocking betrayal as well as more drama from Jordyn Wood, it will be interesting to see if the show moves further up the Overall TV Chart this week.

Another notable new entry to the Australian Digital Originals Chart is the true crime drama series The Act. The first season is based on the real life of Gypsy Rose Blanchard and the murder of her mother, Dee Dee Blanchard, who was accused of suffering from Munchausen syndrome by proxy and abusing her daughter by fabricating illness and disabilities.

In NZ a noteworthy entry was Swamp Thing which joined the digital Original Charts at number nine, the superhero horror drama series based on the DC Comics character, premiered May 31, 2019, on DC Universe but was cancelled one week after its premiere aired. 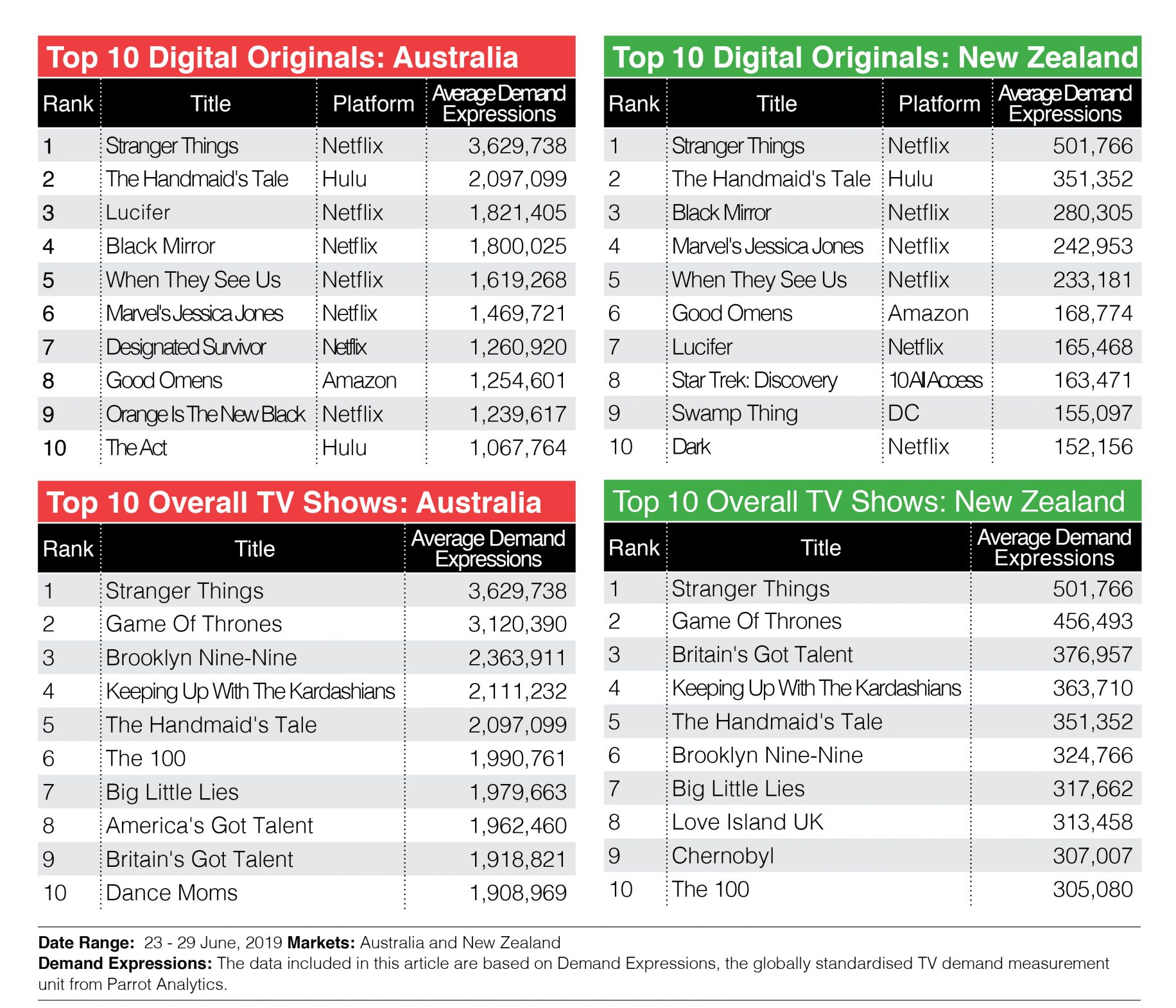