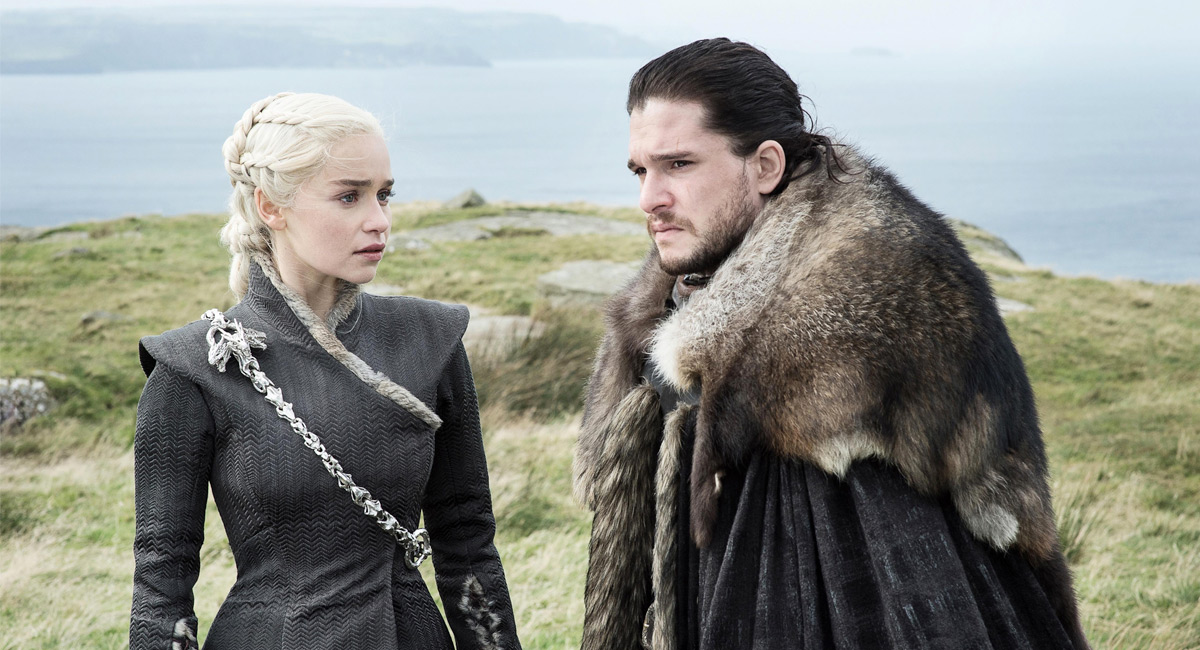 • HBO’s Game of Thrones dominated the first half of 2019

Game of Thrones concluded its final season by being the top overall show in Australia and New Zealand, while Stranger Things wasn’t able to get the double it was the top digital original for the year.

HBO’s Game of Thrones dominated the first half of 2019 including 19 straight weeks on top of the chart thanks to the shows eighth and final season airing between April and May. During the six-episode season, the show consistently flirted with the 20 million threshold for demand expressions in Australia, and close to three million in NZ which were the highest marks for the year, and would have certainly boosted its average.

Stranger Things had a fantastic year in its own right thanks to the release of its third season on Netflix on July 4, which led to the series setting a record for consecutive weeks on top both the Digital Original and Overall TV charts of 22 straight weeks. The show is also the only digital original to make the cut in the Overall TV top 10 chart for 2019. With a fourth season announced the show will be hoping to continue the huge success established by its initial three-season 25 episode run.

Unfortunately, no Australian or NZ produced content made the top 10 charts for 2019.

In regards to digital platforms success this year Netflix narrowly outdid Amazon Prime with a combined six entries to Amazons five. The newest platform on the market Disney + was able to make it into the 2019 top 10 thanks to a late push by The Mandalorian, while the other new platform from this year Apple TV + missed out.

While we have the results for the TV Demand charts in Australia and New Zealand the 2nd Annual Global TV Demand Awards will be held January 21 in Miami hosted by Carson Kressley. The Walking Dead will be looking to once again be the most in-demand TV series in the world. 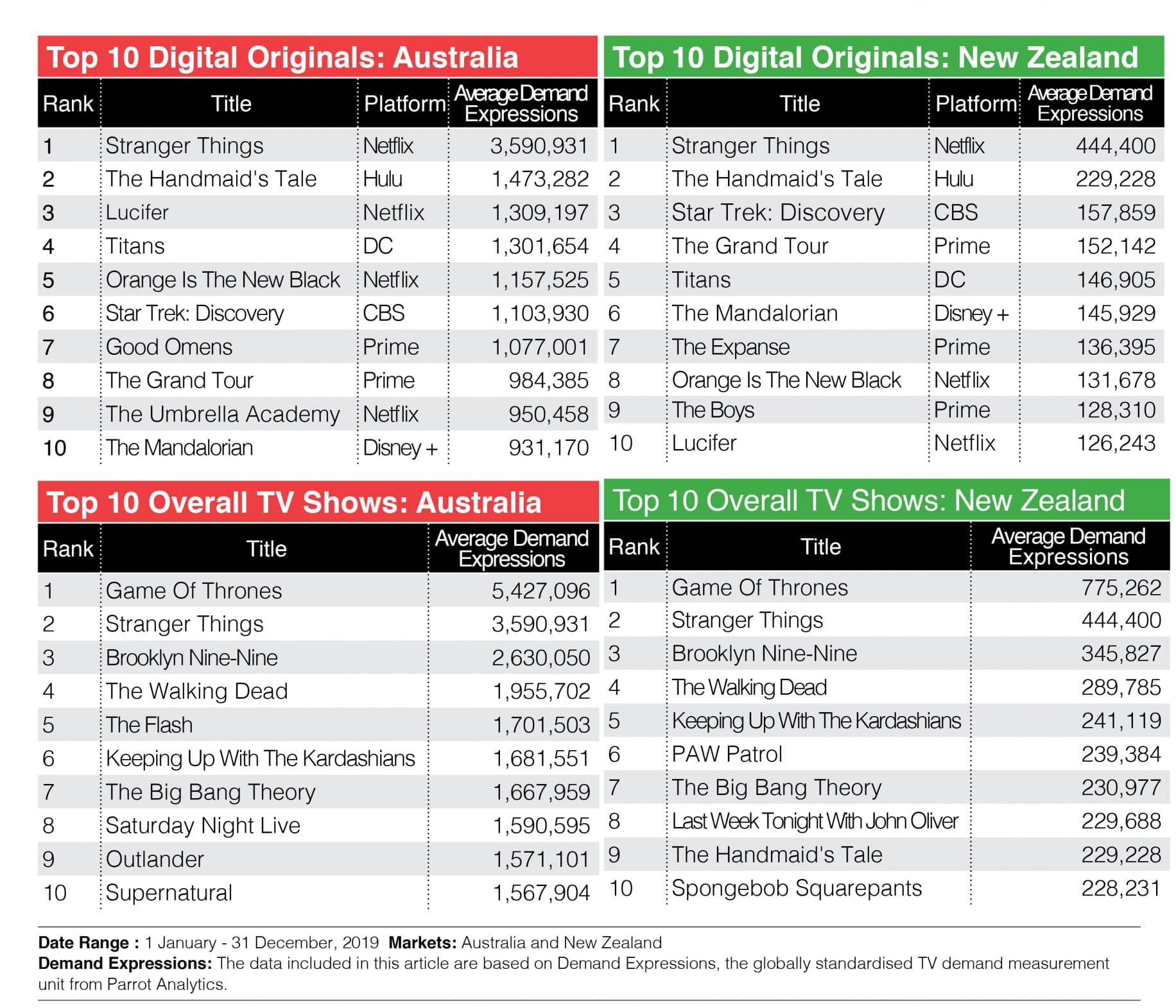