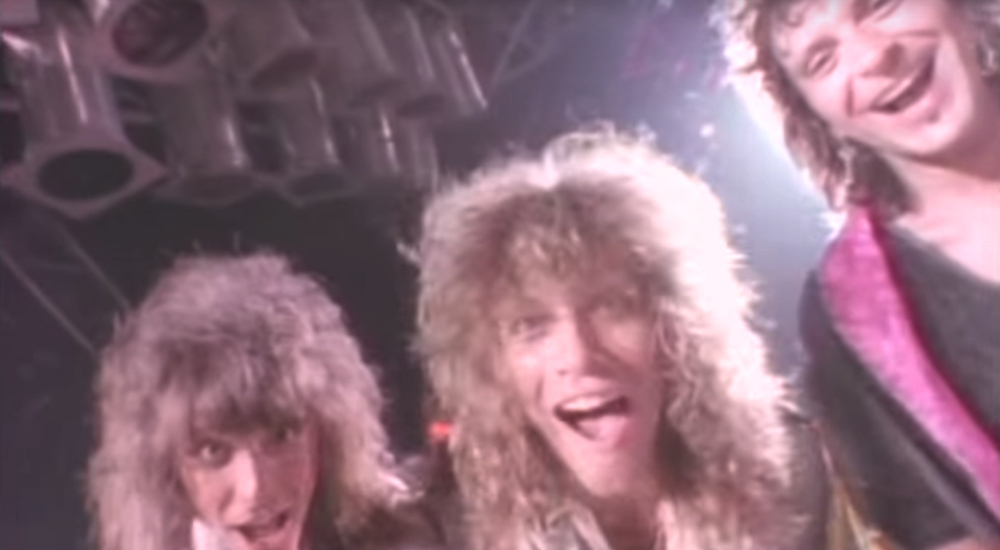 In the words of the Bon Jovi song, SCA has “shot through the heart”…and for good measure “you’re to blame”

Southern Cross Austereo broke the news to lovers of its great Classic Rock Digital station on the crystal clear DAB+ platform that they have just one week left to enjoy what is/was arguably one of the best-curated collections of classic rock tunes, well, in the world.

The brand released a short statement yesterday that read in full:

Our big brother Triple M-FM is now playing much more classic rock than it was when Classic Rock Digital was created. Now, Triple M is playing the best classics, and is about to launch the “Classic Rock Summer”. We ask that you check it out. You can turn to Triple M on FM, DAB+, online at triplem.com.au, or via RadioApp for your smartphone.

We thank you for listening, and while Classic Rock Digital has been a great station that we have loved creating and listening to, we ask you to once again to turn to Triple M.

Fans of the format have not received the news about more classic rock moving to the Triple M stations as good news however. There has been a flood of negative feedback to the move, no doubt something that SCA anticipated.

In the words of the Bon Jovi song, SCA has “shot through the heart”…and for good measure “you’re to blame”.

Speaking to Mediaweek, Southern Cross Austereo chief creative officer Guy Dobson said: “The station was a victim of its own success. We found that Classic Rock Digital was eating into the cume audience for Triple M. We will be adding more of that classic rock content to the Triple M music format. Listeners will start to hear more of that gold content across the day.”

Dobson added the company has some exciting digital plans that it will be revealing in the future with the new station launches planned for 2017. 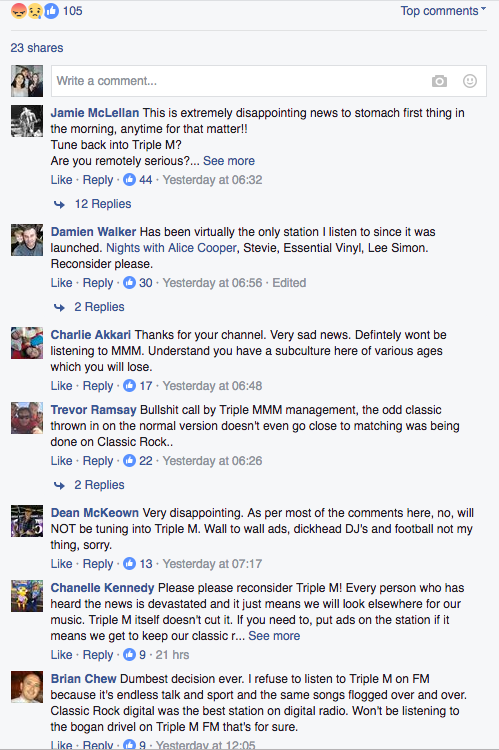 Punters aren’t happy with the change it seems

Southern Cross Austereo CEO Grant Blackley confirmed they will have more to say on their DAB+ plans soon. “We do have a substantial amount of spectrum which we acquired at auction,” Blackley toldMediaweek. “We are hard at work on planning a commercial model that will give us a return on investment.”

Blackley said it remains something of a challenge to find a digital model that works. “It can be hard to monetise. It comes down to getting the content right, being able to measure it accurately so we can take it to market.”

As to the wave of negativity coming from the Classic Rock Digital audience, Blackley said frankly they were not overly concerned with that. He will be hoping that those listeners do venture to the sister stations, although social media feedback indicates otherwise, at least initially.

Audiences have been teased with various classic rock formats in recent years only to have it later yanked away from them.

DMG Radio (now Nova Entertainment) turned its failing FM brand into Classic Rock FM stations in Sydney and Melbourne in 2010, only to then later rebrand them as smoothfm stations. Perhaps a decision they don’t regret!