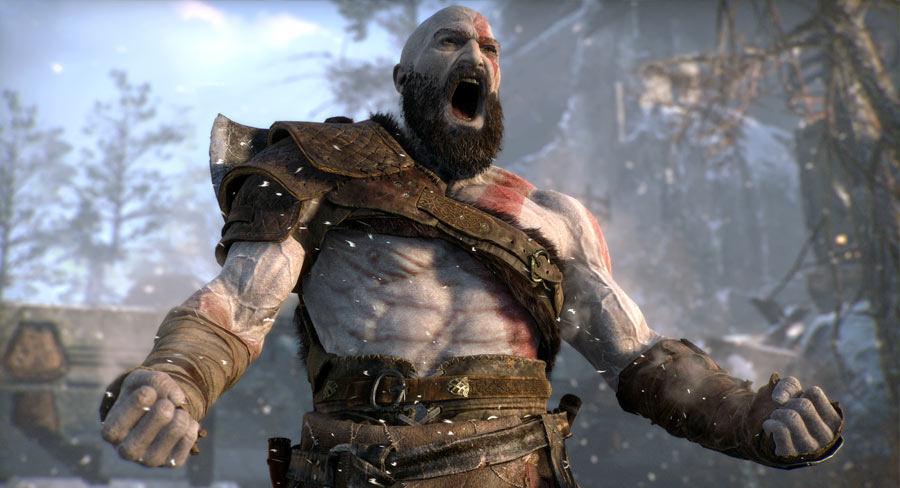 2015’s Halo 5: Guardians is a surprising entry in this week’s chart considering its age.

We will from today be publishing weekly video games retail sales charts, supplied by the Interactive Games & Entertainment Association (IGEA).

See more about the growing industry that makes more annually in Australia than the box office and TV combined in our interview with IGEA CEO Ron Curry, published this week.

This week’s Australian charts are a mix of recent releases and some big name games that are back in the charts thanks to other circumstances.

The universally acclaimed PS4 exclusive God of War, rated 10/10 on IGN, continues its presence at the top of the charts. It’s a strong achievement for a game released over two-and-a-half months ago, especially for a single-player only game in what’s currently a multiplayer-obsessed market. Sony’s Gran Turismo Sport working its way up to second spot is interesting also. GT Sport launched in October last year to a more lukewarm reception than usual for the series, but has since been bolstered by regular free updates. The game is also part of Sony’s new PlayStation Hits range, priced at an attractive $24.95.

2015’s Halo 5: Guardians is a surprising entry considering its age, though it’s currently available for less than $20 as part of EB Games’ aggressive midyear sale. FIFA 18 is another lasting performer, but there’s little doubt the current World Cup (and the game’s recently added World Cup mode, which was made available as free downloadable content) is a factor here.

One important note is that this chart only indicates what’s going on in retail and doesn’t factor in digital sales (digital downloads exceeded physical console and portable software sales in Australia in 2017 by approximately $366 million). This naturally means successful digital games like PlayerUnknown’s Battlegrounds (which just celebrated 50 million units sold worldwide) and the free-to-play Fortnite Battle Royale (which was recently released on Nintendo Switch, racking up over two million downloads on its first day of availability) are not reflected in the chart. Get these charts emailed straight to your inbox every week by subscribing to the Mediaweek Morning Report here.