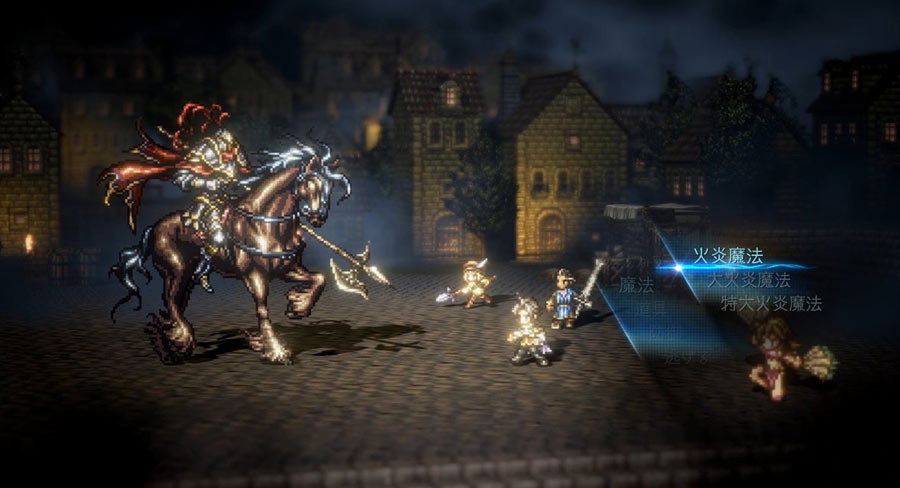 In this week’s Australian games chart, Crash Bandicoot: N. Sane Trilogy retains its number one spot for the third week in a row, but it has some serious competition, with Nintendo Switch exclusive Octopath Traveler debuting at number two. This comes as no surprise to anyone plugged into gaming right now, as Octopath Traveler is very much the game everyone is talking about (Fortnite aside), a loving, modernised homage to classic Super Nintendo-era Japanese role-playing games that packs dozens upon dozens of hours of gameplay. Niche by its very nature, the game’s instant success even took its own publisher Square Enix unawares, and shows – as does Crash – the power of nostalgia in the games industry. You can check out IGN’s rave review here.

Will Octopath Traveler overtake Crash Bandicoot next week? Or will the fact that Crash is both truly mainstream and available on multiple platforms keep him on top? Digging into the platform-specific numbers, Crash only actually comes in at number one on Xbox One, with the game at number eight on the PS4 charts and number four on Switch, making its overall aggregate number one look a little less secure.

Back to the overall top games, and at number three is another new title: Captain Toad: Treasure Tracker, a delightful puzzle-platformer that has been updated since its Wii U release to include four levels based on Super Mario Odyssey. It’s also exclusive to Nintendo platforms and reviewed well.

Elsewhere, the charts tread similar territory to last week, with a handful of games from the last few months and a handful of truly enduring classics. Now that the World Cup is over, FIFA 18 has dropped out of the Australian Top 10 altogether, although it’s still on top in New Zealand.

Finally, as always, it’s worth pointing out that this chart only indicates what’s going on in retail and doesn’t factor in digital sales, so it’s only a partial view of the video game sales landscape. A platform like PC, for instance, is driven by digital sales, and this is reflected in the PC retail top 10, for which seven of the top ten entries listed are The Sims 4 and its expansions. Granted, those are all available at low price points, but it’s still a reflection of the fact that PC gamers purchase games through Steam and other digital platforms at a much higher rate than console gamers do. You can see the platform breakdowns on IGEA’s site.