As expected, PlayStation 4 exclusive Days Gone debuts at the top of the video game retail sales chart this week. The highly anticipated title puts an open-world spin on much of the formula established by The Last of Us, taking players into a post-apocalyptic game where they must scavenge to survive and face overwhelming odds. Unfortunately, the end result feels messy and repetitive, but that hasn’t stopped the massive PlayStation 4 install base from picking it up. The real test will be how it sells over the longer term.

In second place this week is Mortal Kombat 11; arguably the best game in the series’ 27 year history, and proof that behind its ridiculously gory Fatalities is a rock solid fighting game with enough depth to go the distance.

Curiously, last week’s top title, World War Z, is nowhere to be seen in these charts, with the rest of the top ten comprised of familiar faces from the last year… or two, in the case of Mario Kart 8 Deluxe. 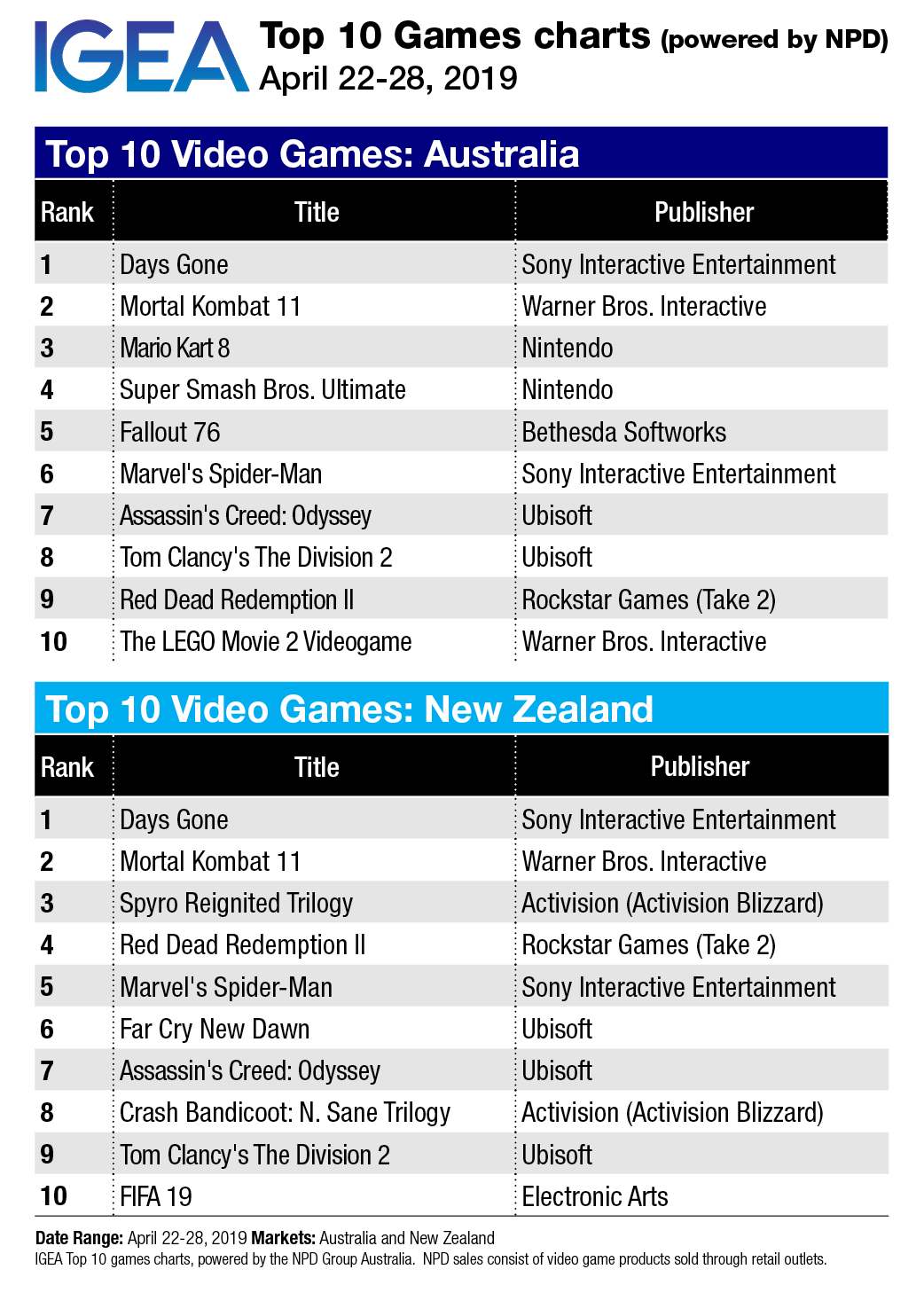