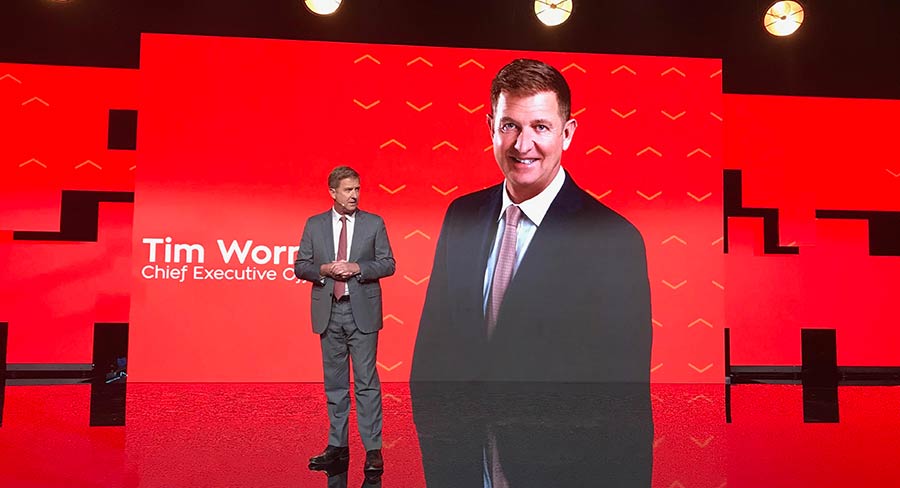 Seven was quick to tell the market late in 2018 how successful its coverage of the first test against India had been.

It is on the offensive again, halfway through the summer and just one week into the Australia Open.

And despite the major summer codes – cricket and tennis – changing FTA channels, Seven is reporting that at the end of week 3, 2019, it is the only network to grow its share year-on-year. That includes total people and key demos. (See chart for details.)

Seven West Media CEO Tim Worner told Mediaweek acquiring those rights last year was a good move: “Over a time it will be an excellent investment. If you think about it we now have cricket for three to four months – all through summer – and then AFL all through winter.

“Those two sports rights are the foundation of our company.”

That foundation needs to pay its way. Worner told Mediaweek during 2018 that if anybody could make money out of the new cricket rights it would be Seven’s Kurt Burnette. (See separate item today for more on that.)

So is Seven West Media making money in year one, or will it take time to return a profit?

“We talk in terms of profit over the length of the deal and over a whole season.” Worner indicated they are yet unsure of the revenue from hours outside of the cricket.

“We are a lot happier with the cricket than we would have been if we didn’t have it.”

Worner admitted that for a first year cricket broadcaster, Seven has learnt a lot.

He didn’t want to share too many of those learnings, but he did say: “It is a very big undertaking. I wouldn’t want to give the impression we went into this underprepared, because I don’t think we did. We had enough experience on our team to know what was coming.

“I say large undertaking because no one previously has had much of the Big Bash League plus test cricket. It has been a challenge, but of course at the same time a tremendous advantage. In the next few days you will see that when we’ve got a test match and Big Bash happening simultaneously and it is all on Seven.”

Because that is a day-night test, there will be test and Big Bash cricket simultaneously on two of Seven’s channels.

Regarding scheduling in the next few weeks, Worner said My Kitchen Rules will be launching at 7pm when it returns, with Home And Away not returning to the schedule until after the cricket.

Cricket will remain on Seven until Sunday February 17 when the Big Bash League final will be played.

The last test match of the domestic summer, against Sri Lanka, commences February 1.

“It is very useful [for the business] to have audience firepower and getting the scheduling right is something we are putting a fair bit of work into.”

Regarding the extra costs associated with mounting coverage of the matches after the acquiring of the rights, Worner said he thought Seven was realistic with its budgeting.

“We are comfortable with where we are at the moment for year one. Media companies are always looking at costs and there are lessons we have learnt this year that will result in cost savings in year two.”

That could mean Seven might share more costs with Fox Sports next season. Worner said: “We are always discussing [sharing] with Fox Sports. We have a close partnership with them in AFL and now cricket.”

As to criticism from some that people without Fox Sports are unable to watch Australia’s one day team in action domestically, Worner reminded us those rights were not available because of the structure of the Cricket Australia deal with Fox Sports.

As regard to the WBBL, Worner said not only are the audience numbers strong, the quality and interest in the sport is huge. “I feel we have helped lift the profile of women’s cricket, something that we committed to during discussions with Cricket Australia.

As to any benefits Nine is getting got from its Fairfax Media merger, Worner said it was too early to tell. “Regardless of what happens, we have just got to look after what we can control. We are certainly happy with the response we are getting for the AFL this year [from advertisers].”

Worner then reinforced what he explained earlier in the interview:

“The two most valuable pieces of screen real estate on Australian television – the 30 seconds at the end of an over in the cricket, and the 30 second after a goal in the AFL – are only on Seven.

“They are precious and the market recognises that.”

When asked about the importance of breakfast TV, Worner noted it was as critical as winning any other part of Seven’s schedule.

Although Sunrise remains well and truly ahead of Today after a week of the revamped Nine breakfast show, he said: “It is less than five minutes into the first quarter.

“We are really pleased with the way Sunrise is going as a show, quite apart from its great ratings.

“The show is right in its groove and there is a team of people on and off camera working on that show who seriously know what they are doing. And you can sense that when you are watching the show.”

Given that sports rights suck so much out of TV content spend, does it make it hard to know where to spend what is left over?

Worner: “It always has been a challenge to get most of your expenditure decisions right. Nobody gets them all correct. Over the last decade we have got many right.

“We have a good line up of content for the whole year with a foundation of cricket and AFL. Having that certainly makes some of those other decisions easier.”

Top  Photo: Tim Worner during the Seven Allfronts in October 2018