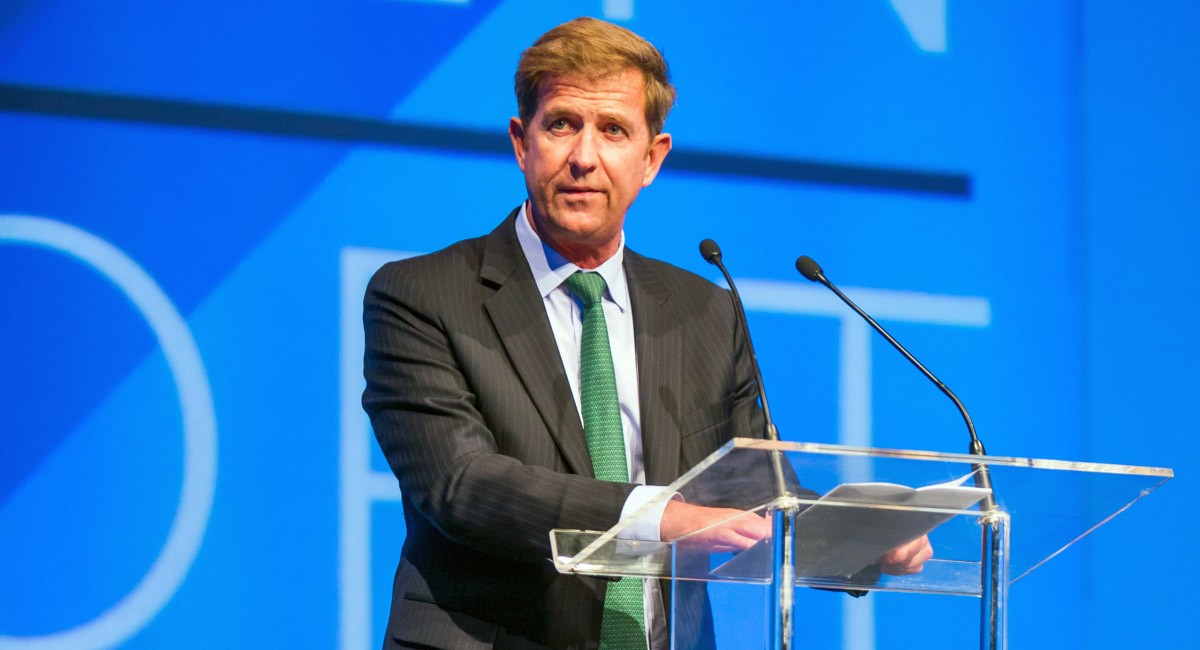 “All media are operating in what is a tough market”

After a challenging Nine months, the Seven West Media CEO talks to Mediaweek about sports rights, ratings, Project 8 and much more.

Conducting interviews is not high on the list of Tim Worner’s favourite things. He once appeared live on Mediaweek TV on Sky News Business and likened the interview to having his teeth pulled. He first appeared on a Mediaweek podcast in 2009 along with Andrew Mercado and Brenden Wood. Mediaweek recorded this podcast with him last week following the release of the Seven West Media full-year results.

How happy are you about the full-year results?

We’re still profitable. We’re not where we would have liked to have been – we were about 17% down on the prior year. All media are operating in what is a tough market. There are a couple of big players that don’t play under the same rules as us that are really changing the marketplace. Hopefully that’s going to be addressed in the next little while.

It seems hard to predict what will happen with media law reform.

Even though I feel it’s more imminent than I’ve ever felt in the many years that we’ve been talking about it and lobbying for it, it doesn’t by any means indicate that it’s certain. Things can go from looking very good to looking like a long shot quite quickly.

Could Seven West Media be a buyer, seller or partner if laws change?

I’m not prepared to comment on anything specific. What I would say is that it would have been irresponsible for us, or any media company in Australia at the moment, not to have been looking at what the outcomes could be with potential tie-ups. Certainly, Seven West Media has been doing that. But I wouldn’t rule anything in and I certainly wouldn’t rule anything out.

The results seem to indicate that you haven’t been personally too distracted by some of the challenges you’ve faced.

Were you conscious at times of “I’ve got to make sure this doesn’t distract me from the business”?

No. I wasn’t talking to myself in any way. The one thing I’ve learnt is just the incredible strength of our people, and our team, to be able to just keep focusing on what it was that we needed to get done in that first half of the year. It’s a great credit to them.

Can you tell us anything about your new June 2018 franchise?

No…it’s something that we have targeted and we will be revealing at that time. Part of the rationale of actually investing in these big, one-off, live sports events is being able to launch ongoing franchises out the back of them. Obviously, as soon as we commit to an investment like that, we are putting into place a building block so that we’ve got something to launch out the back of it.

How will broadcasters deal with what you called unsustainable sports rights costs?

What I’m saying quite clearly is that these deals need to work for both parties. The economics have got to stack up for both parties. In the past the value of the power and reach of free-to-air television just hasn’t been factored into these deals. It’s sort of been taken for granted. That’s not going to be possible going forward. I believe that these sports codes have to understand the enormous audience that free-to-air television has the potential to bring to their code. We’ve seen a lot of examples of that. I mean, the Big Bash came from subscription TV where it was not attracting huge ratings and the crowds weren’t very big. When it was exposed to free-to-air television the rest is history. V8 Supercars went the other way.

Tell us about opportunities with the AFLW and AFLX.

We’re very proud of our role in actually building that franchise. I guess there was something of a risk in broadcasting the first game, which was largely experimental, but the ratings were huge. That indicated that there was an interest in this, and it gave [AFL CEO] Gillon McLachlan and his team at the AFL a great deal of courage and conviction in order to bring it forward.

[Regarding the AFLX] we’d like to think that with our relationship with the AFL, there’s going to be a conversation about it. If you want these things to work, you’ve got to have the right free-to-air partner. We’ve proven we can build things with the AFL before, and AFL with any letter on the end of it is something that we’d be interested in talking to the AFL about.

Can you expand your local and international production business much more?

It’s an area where we’ve had success. It’s the sixth consecutive year of growth in this part of our company. I wouldn’t say we’re doubling down on the investment, but we’re certainly emphasising our work in this area going forward. We’re looking at more production partnerships in other parts of the world English-speaking territories. We’re also going to be looking at growing our capacity for short-form content production here in Australia.

Has Hell’s Kitchen indicated how hard it is to get a cooking show hit after your success with My Kitchen Rules?

I don’t think that’s confined to the food or the cooking genre. The key is having the sort of environment where we can try things. We’ve been lucky enough to have that sort of environment. You’ve got to be able to fail, fail fast but not fast enough that you don’t learn from it. Then move on. Over the last decade or so that we’ve been leading, there have been times where we’ve had great opportunities to learn. I expect there will be in the future as well. We’re still going to be giving it a crack. We’ve got a reasonable track record already.

You seem to be in a little bit of a ratings rut at the moment. It’s probably not unfair to put that sort of term on it?

There have been a few weeks where we haven’t kept up the standard that we’ve set for ourselves. We set a pretty high standard, and we’re going to set about rectifying that. As I say though, over the last whatever it’s been 10 or 11 years or so, there are times when this happens. We’ve been able to engineer a different outcome in time, and that’s what we’re setting about doing now.

Are you able to talk much about Project 8?

That’s the 100%-owned Seven West Media over-the-top platform. It will be all our content, all our long-form content and soon our short-form content as well, that will be provided in a completely new user experience from our own platform. It’s a very exciting time for us. Our strategy has been leading up to this point for the last couple of years, and now we’re almost here.

Could Project 8 raise revenue through subscriptions as well as be ad-funded? Or is it more likely to be the latter?

When we launch it, it will be an AVOD service. It certainly won’t be limited to that. That’s something that we’ll consider in the future.

You have some interesting smaller investments – will they grow to significant revenue streams?

They’re all growing. Racing.com is more profitable this financial year than it was last financial year. Airtasker is a business that we’ve got a significant equity share in and it’s growing like a weed. It’s now got 1.5 million Australians signed up to it. Health Engine, our first investment in that space, that’s also growing quite fast. I think it’s got over 1 million users signed up to it.

All of these things are growing, it’s whether we can grow them fast enough and dramatically enough, and that’s what we’re setting about doing.

Starts at 60 is another fast-growing business for us. That’s a platform for that audience, where we have a strength. In fact we have a [TV] channel that provides a lot of programming for that demographic. It’s a demographic we think is seriously under-serviced by the media in Australia, and probably undervalued by the media in Australia. Starts at 60 is a way of addressing that.

With your investment in Sky News finished, would you ever start your own news channel?

It’s certainly something we’ve looked at. But at the moment we feel as though our best strategy is to partner with people that we know can deliver. Each of them has a track record of delivering in their market, and that’s the path we’re taking currently. We still supply content to Sky News.