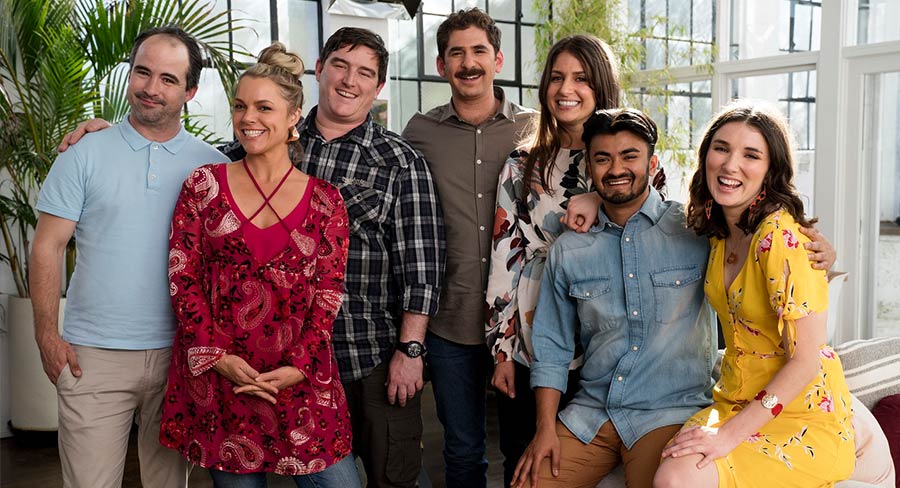 • Every night across the week, viewers will be treated to a selection of unique pilots

• A Brand New Show. Every Single Night.
• From sketch comedy and Sam Dastyari on Sunday to Rove (Live) on Saturday

Eight original pilot episodes that the broadcaster is hoping audiences will find entertaining and thought-provoking will premiere on TEN and WIN Network from Sunday August 19 allowing audiences to have their say on what will become a successfully commissioned television series.

Every night across the week, viewers will be treated to a selection of unique pilots of domestically produced television programs, covering different genres.

Audience reaction, social buzz and ratings will help decide what shows will return to Australian television screens in 2019.

TEN has released the full schedule for the Pilot Week programming initiative:

The world is full of disgrace and outrage. Shunned politician Sam Dastyari and the team behind Gruen and The Chaser manage the latest outbreak of outrage in a half-hour of opinion, insight and laughs.

• Rhys Darby and Stephen Curry pour themselves a drink in the international hit comedy format that takes Australia’s rich and often surprising history and re-tells it through the words of our most loved comedians and entertainers. Starring Gyton Grantley, Ryan “Fitzy” Fitzgerald, Anthony “Lehmo” Lehmann and Gretta Lee Jackson. Taboo has broken audience records in its country of origin, Belgium. The premise is as confronting as it is simple. The very funny Harley Breen spends five days and nights with members of a disadvantaged group in society and uses the experience to perform a stand-up routine about them – with the subjects sitting in the front row.

The toughest cases, biggest celebrities and genuine disputes can only be settled by one man, radio shock jock Kyle Sandilands. As Kyle carefully unravels each case, former The Bachelor Australia star and criminal lawyer Anna Heinrich is on hand to assist in forensically analysing the evidence. Funny-man Dave O’Neil opens the doors to his crazy life with on-air wife Emily Taheny in a half-hour narrative comedy. Expect laughter, tears and the appreciation of not being Dave.

Join Rove’s quest to reunite Australia’s greatest acts, bands, and television faces in a generation-bending live television show where young performers will bring back the best of the past, and old-school entertainers will be challenged with reinvention.