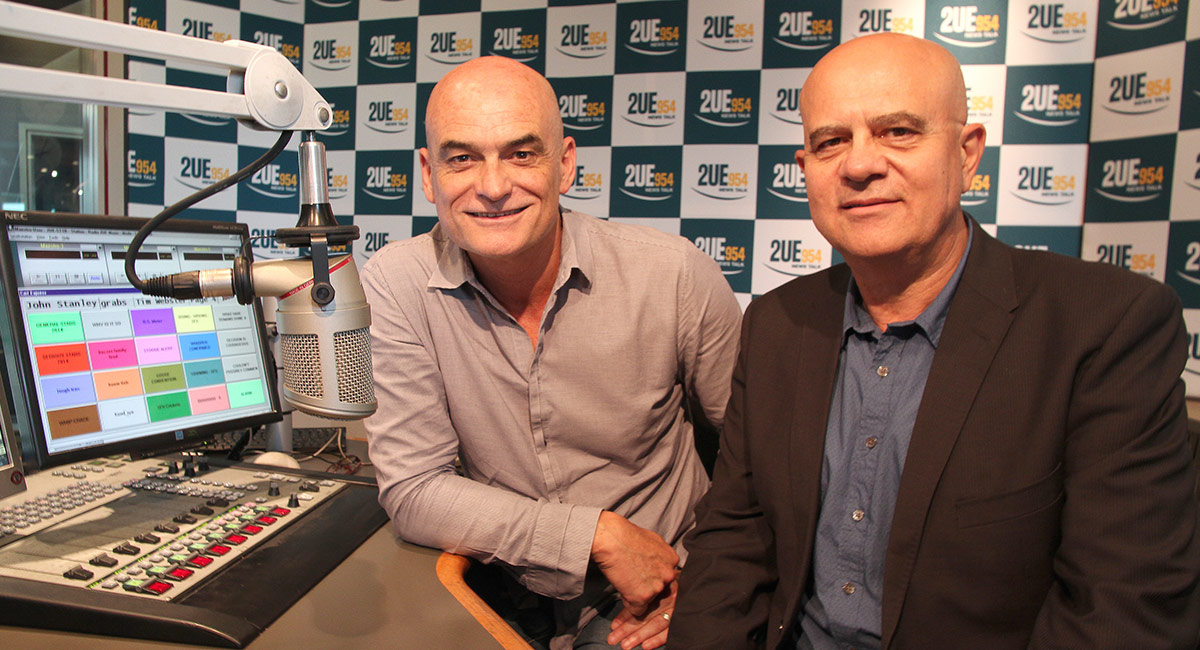 After four years on air together, John Stanley and Garry Linnell (pictured) hosted their last breakfast show together this morning.

The duo have been hosting the Talking Lifestyle breakfast show for 18 months and before that they hosted 2UE breakfast together. The program was initially heard only in Sydney and then went onto Macquarie Media-owned stations in Melbourne and Brisbane.

John Stanley will be staying on air at the new sports format and for the duration of the Commonwealth Games will be hosting a networked breakfast show with Tony Leonard and Beau Ryan. Leonard is currently part of the 3AW AFL commentary team and Ryan has been a guest breakfast presenter for KIIS Sydney, filling in for Kyle Sandilands, in addition to his role at Nine’s NRL Footy Show.

Further details of the new format are expected to be released today, the day before launch. There is speculation there could eventually be separate breakfast shows in different markets and then a networked offering across the remainder of the day and on weekends.

When Macquarie Media revealed its half-year financial results in February, it announced it was conducting a review into the format for the Talking Lifestyle stations and the decision was subsequently made to change to a sports format.

Although the three-station network – formerly Magic 1278 in Melbourne, 2UE 954 in Sydney and Magic 882 in Brisbane – was made up of two former relatively successful music stations, Macquarie Media is not able to broadcast a music station in Sydney up against its former 2CH, which it sold in 2017 after acquiring 2UE.

How bad were the Talking Lifestyle ratings?

Not great. The Talking LifeStyle format was introduced first in Sydney in 2016 and then went into Melbourne and Brisbane in early 2017, giving the brand an east coast capital city network.

Sydney returned the best radio figures throughout the bold audio experiment where sponsors were offered blocks of sponsored airtime to promote their products. Weekends in Sydney were on a share of 6.1% in survey one this year, thanks largely to the George and Paul breakfast show, which has subsequently been moved from 2UE to 2GB in the Sydney market, now running as a morning show from 9am until 1pm.

The weekday John Stanley and Garry Linnell breakfast program was the next-best performer with a share of 3.7% in Sydney. The daytime share was stuck on 1.8% for the morning and afternoon dayparts.

It was in Melbourne and Brisbane where the format really failed to fire with breakfast shares of 0.1% and 0.7% respectively.

John Stanley will be one of the broadcasters to remain with the new sports brand. The other broadcasters across the station have been farewelling listeners and the various experts as they make their final contributions. The various Talking Lifestyle dayparts have been hosted by the likes of Tim Webster, Ed Phillips, Peter Switzer, Nick Bennett & Kayley Harris, Rob Duckworth & Mieke Buchan and Clinton Maynard.

Tech guru Trevor Long hosted a weekday Talking Technology program at 8pm, which also wraps up this week. Long has recently launched a new EFTM podcast with colleagues from his EFTM website that is creating some buzz in audio circles.