When Prime Minster Malcolm Turnbull announced a federal election on 2 July in May 2016, no one was happier than Steve Price. Well, so said the Macquarie Media nighttime presenter.

“I was the only person in Australia that was celebrating the fact that the election campaign would go for eight weeks,” Price told Mediaweek. “It gave me eight weeks of content to talk about. It was a wonderful thing that Malcolm Turnbull did for talkback radio.”

Nights with Steve Price currently airs on more than 50 stations in metro and regional Australia. Therefore, it is important for Price and his team to fill his four-hour slot starting at 8pm (AEST) with topics that have national relevance.

“We’ve been lucky to have a federal election campaign dumped on us in the middle of the year,” Price said. “It has a lot of traction.

“Yes, you can talk about the massive storm that swept through Sydney last weekend, because everyone has seen the pictures of houses falling into the ocean. But you wouldn’t and shouldn’t talk about a local storm event [for long] because it doesn’t mean anything to people in Cairns and Mackay.”

As of the third radio survey for 2016, Price’s show ranks #1 in Sydney and Melbourne, where Macquarie Media’s talkback stations 2GB and 3AW are popular with the locals. However, the same cannot be said for the other three metro markets, Brisbane, Adelaide and Perth.

The relationship that a market has with talkback radio is based on two things, according to Price, geography and climate.

“Brisbane and Perth [lack a connection with talkback] because of lifestyle issues,” Price claimed. “People in those cities are dominated by the fact that they live in great climates so they’d rather be outside doing stuff.

“Adelaide is a bit of a different market. In Melbourne and Sydney, talkback is clearly the #1 medium on radio. That has been the case with Adelaide in the past and it probably will get back there again.”

One of the toughest things about hosting a national nighttime show starting at 8pm is the competition from TV. Price identified that primetime TV offerings have an impact on the number of listeners tuning in to the first hour of his show.

“Eight o’clock at night is primetime television, so you have to work really hard to try to get people not be sitting there watching MasterChef or House Rules. You have to give them a reason to turn their TVs off,” he said.

“You have a more relaxed audience at that time of the night. People who are listening to radio at that time are not rushing around. They are not trying to get their kids ready for school or they are not making dinner. They have actually made the choice to turn the TV and computer off and sit there to listen.”

Political commentator Andrew Bolt joins Price in the first hour of the nightly show. The segment dedicated to talking about politics is popular with its listeners. Price noted that the podcast of the one-hour segment has surpassed one million downloads this month.

“The audience is seeking us out for the political content. There is no doubt that hour of Andrew and me is very entertaining,” he stated.

“The radio show is really broken up into three or four pieces at the moment. The first hour is summarising the political conversations of the day that political junkies around the country want to listen to,” Price explained.

“Later in the night, between 9pm and 10pm, we do high quality branded content. This is a revenue raiser for the network.

“If you are going to do radio like I do with the talented people I have on, you have to be able to pay for it. That branded content works really well for that. It covers everything from small businesses and an entrepreneur show with Heidi Armstrong to a new segment with CarAdvice. We have a financial planning segment, superannuation, as well as courses and careers.

“We try to reboot the program after 10pm with probably the best lineup of commentators that you can hire. We have Miranda Devine, Hedley Thomas and Neil Breen. The program really starts at 10pm.”

CarAdvice announced its partnership with Macquarie Media in early June. “I am a bit of a petrol head anyway so having CarAdvice join us is great! I can talk about cars all day,” Price confessed.

“I have an interest in all the branded content I do,” he said. “The things that have really surprised are the small business and entrepreneur shows. I didn’t know a lot about small businesses until we started doing that.

“It’s the same case with superannuation. I didn’t understand my own superannuation until I started talking about it. Now it has become one of the biggest federal campaign issues.

“I can get ministers on and run rings around them about superannuation because I’ve had to teach myself to talk about it for the last year – actually more, two years.”

In his career spanning over three decades in journalism, Price has worked across multiple mediums. Currently, he is juggling his commitments between TV and radio. His medium of choice, he said, is radio. “TV is fantastic but it is too fiddly,” he laughed. “You have to have makeup on, you have to put gel in your hair, you have to have 14 people on cameras, directors and all that sort of stuff.” 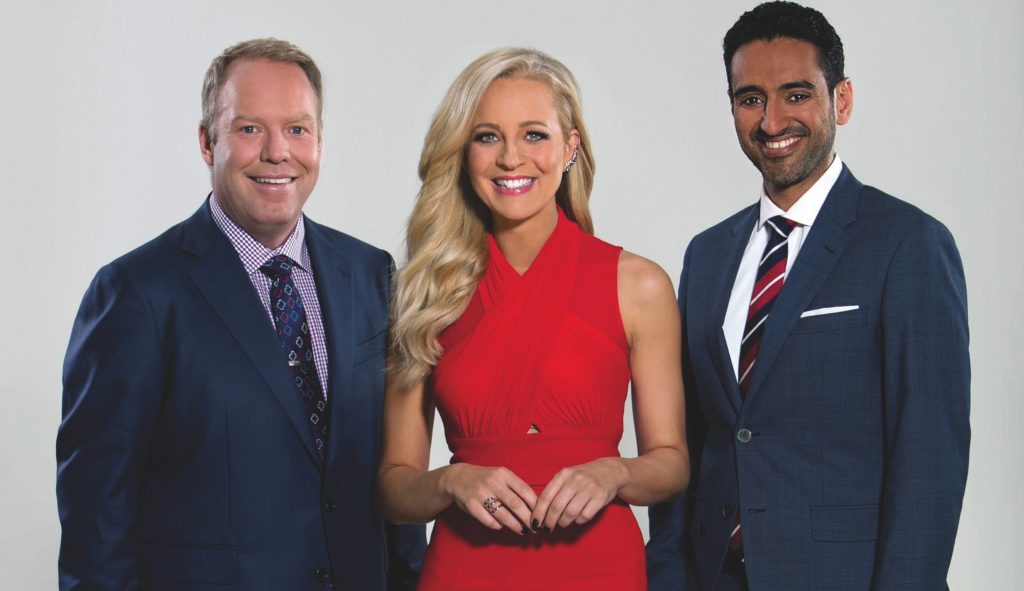 How The Project helps Price’s show

Price is a regular panel member on TEN’s news and current affair show The Project.

“I feel like a part of the furniture,” Price chuckled. “The two longest panellists on the entire show are Carrie Bickmore and me.”

Price started working on the show as a regular contributor doing crosses out of Sydney five years ago.

“The cross-promotion between TV and radio works and it is very handy for me,” Price said. “What The Project does is it gives me exposure to a younger audience that I wouldn’t get naturally on radio.

“People who see you on television either like or dislike you from watching what you say and your opinions – they may be inclined to turn the radio on.” 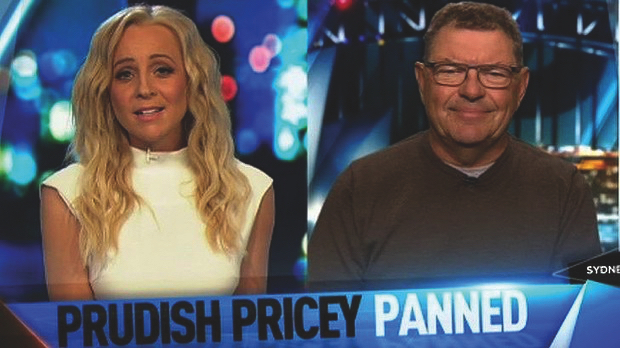 During his time on The Project, Price has come under fire a number of times for his controversial views on a number of topics. In July 2015, Price and The Project host Carrie Bickmore clashed over the issue of breastfeeding in public. In the second half of last year, host Waleed Aly and Price locked horns a number of times over topics such as mining and the Greens.

Talking about how he deals with criticisms, Price said: “The only thing that is unique about a personality is their opinions. If you have strong opinions, then you have to be honest with them and let it hang out there.

“I don’t really worry about criticisms. What I say is what I actually believe. I don’t say something to get a reaction.

“If you start doing that you will get caught out very quickly. You have to have consistency with your opinions. If you have an opinion about a topical issue you have to remain constant with that. People can like it or not.

“I cop heaps of critical feedback from The Project audience and even from my fellow colleagues on the panel, but that is what I am paid for.”

About the working relationship with his colleagues on The Project, Price said: “We all respect the fact that we are there to have an opinion. I don’t think any of us take those arguments personally. It’s like going to a dinner party. Not everyone is going to agree. If everyone agreed wi

Since Price started working in radio, there have been a fair number of changes that have swept the industry and the way people interact with the medium.

Technology has been the biggest influencer of this change, Price said.

“When I first started, not everyone had a mobile phone,” he reminisced.

“The biggest advantage for radio in general is its mobility. The fact that people can listen in the car and ring up to express an opinion on air is the biggest change. That’s what makes radio so exciting. You get immediate feedback from you listeners via text, email, Twitter and talkback.

“It has completely played into radio’s hands.”