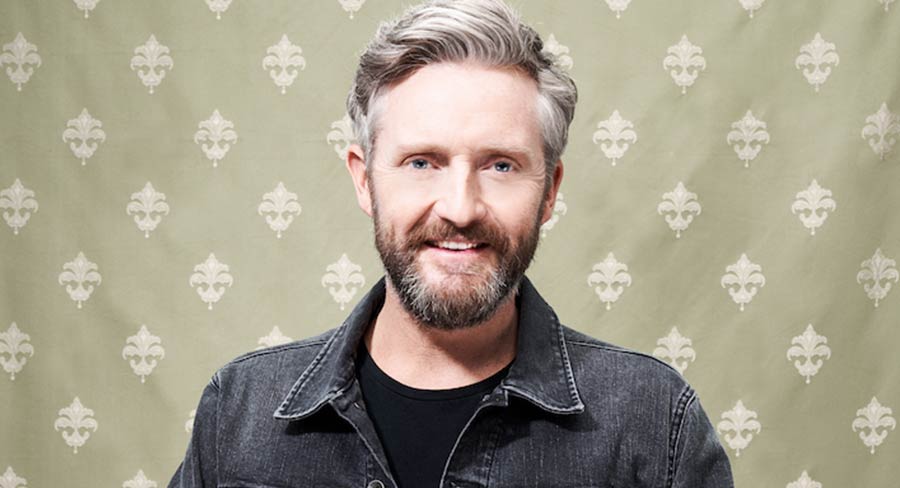 Yesterday Mediaweek spoke with Mr Black star Stephen Curry about his role in the new Adam Zwar scripted comedy made by CJZ for Network 10.

See also:
Stephen Curry on Mr Black: “It is harder and harder for commercial networks to justify the difference in what it costs to make a scripted piece to what it costs for a reality piece. You can make a lot more hours in reality.”

Today Curry talks to Mediaweek about shows we nominated as amongst his finest work. Viewers should be familiar with four of the five roles, fewer may remember his part in the late and great Mick Molloy Show on Nine which ran for eight spectacular episodes in 1999.

“It was great fun and good to be given a role where I had some sort of intelligence with people respecting what I said. I don’t often get cast in roles like that. He was a prick, and they didn’t listen to everything that he said.”

The Time Of Our Lives (Jahm Pictures)

“Was also great fun and made very good friends with Shane Jacobson. He loves a chat. Judi McCrossin, who also wrote The Secret Life Of Us wrote that show. I made some really good friends – people like Justine Clark and Claudia Karvan and Will McInnes. It was a fantastic experience.”

“One of the scariest jobs I’ve ever done because Graham Kennedy was one of my idols. I certainly would not have done it if he was alive, to be perfectly honest. The worst thing would have been to have Graham Kennedy face up to me and tell me he thought I had done a terrible job. One of the biggest honours of my life to be able to play him.”

“It was six years after I started acting and was my first film. It was also probably the reason I am talking to Mediaweek today. I owe most of my career to that film. If a project like that falls into your lap once in your career then you are a lucky person. It had an incredible team and the film is testament to their skill and their ability with not just comedy, but bringing heart to a story.”

“Far out – which one? There were two of them. I was also in The Nation. [The one on Nine that ended spectacularly?] They were both on Nine and both ended spectacularly. I can’t believe I went back for a second time. All I did was be one of the actors in Bob Franklin’s How Delightful sketches. They were such fun and Bobby is a good friend of mine and a fantastic writer and an incredible comedian. It’s a shame that show didn’t work. But even Mick admits it was just him and some mates just taking the piss. [Literally, with Mick pissing on the floor one night.] When you are pissing on the studio floor live on television. That is the point when you think we might be facing the axe.”