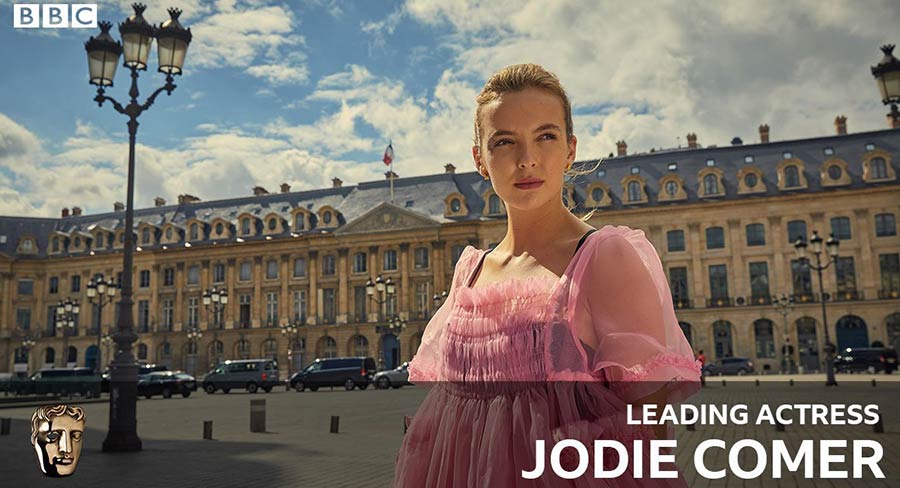 Patrick Melrose, based on Edward St Aubyn’s semi-autobiographical novels, received the BAFTA for Mini-Series and Benedict Cumberbatch, who plays the titular character, won the first BAFTA of his career for Leading Actor.

Ben Whishaw won the BAFTA for Supporting Actor for his portrayal of Norman Scott in the drama series A Very English Scandal.

I’m A Celebrity… Get Me Out of Here! received the BAFTA for Reality & Constructed Factual. Who Do You Think You Are? won in the Features category. Missed Call won the BAFTA for Short Form Programme.

In the International category, the BAFTA was awarded to Succession, the US satirical drama.

News Coverage was awarded to Channel 4 News’ Cambridge Analytica Uncovered, and the award for Current Affairs was presented to Myanmar’s Killing Fields (Dispatches).

2018 World Cup Quarter Final: England v Sweden triumphed in the Sport category, while the award for Live Event was presented to The Royal British Legion Festival of Remembrance.

The Special Award was presented to Nicola Shindler in recognition of her outstanding contribution to the television industry. In 1998 Nicola founded Red Production Company, which has been responsible for producing some of the most talked-about series over the past few decades including Clocking Off, Happy Valley, the Emmy Award-winning Queer as Folk and most recently Trust Me for BBC One, starring Jodie Whittaker.

The Fellowship, the highest accolade the Academy bestows, was presented to Joan Bakewell in recognition of an illustrious career that spans over 50 years. Joan Bakewell has presented some of the UK’s most enduring factual programming including Late Night Line-Up (1965-72) and Heart of the Matter (1988 – 2000). She also wrote and presented the BBC four-part series Taboo, a personal exploration of the concepts of taste, decency and censorship. Currently, Joan can be seen presenting Portrait Artist of the Year for Sky Arts.

Virgin Media’s Must-See Moment, the only award voted for by the public, was won by Bodyguard.