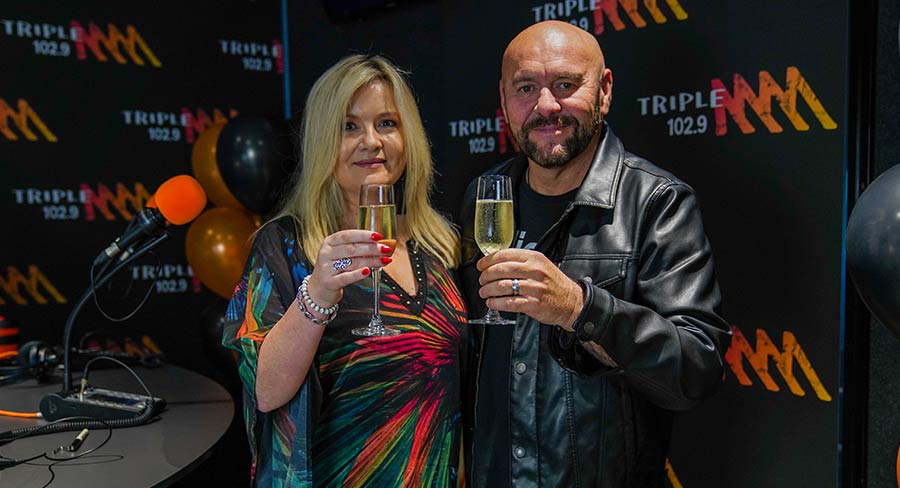 After today’s name change, SCA forecasts Triple M Newcastle will remain the city’s favourite station with a continued commitment to local stories, news and events that matter to the community, along with the music that has kept it the market’s #1 station.

All locally produced shows and content will remain including the market’s #1 breakfast show Tanya and Steve (pictured), JR on weekdays and afternoons with Little A.

Breakfast duo Tanya and Steve said, “We’re so excited to be part of the evolution from KOFM to Newcastle’s Triple M – it’s a win win! We’re still everything Newcastle, but now we have more access to bigger national and international music acts, sport events, as well as more resources at our fingertips to keep in touch with what’s happening in our backyard and around the world.”

In addition, Triple M’s national drive show Kennedy Molloy, with Mick Molloy and Jane Kennedy, will be heard each weekday 4pm-6pm, as well as the Triple M NRL call Thursday-Sunday during footy season.

Southern Cross Austereo’s general manager for Newcastle Ash Myatt said, “The transition to Triple M is immensely exciting. KOFM will always hold a place in our hearts and the history of our city. We have been there through some of the best and the most challenging times and promise to remain devoted to our listeners and the people of Newcastle and the Hunter.

“Triple M will open up a world of opportunity, with inside access to the Newcastle 500 Supercars, access to bigger stars and artists and more entertainment than ever before.”