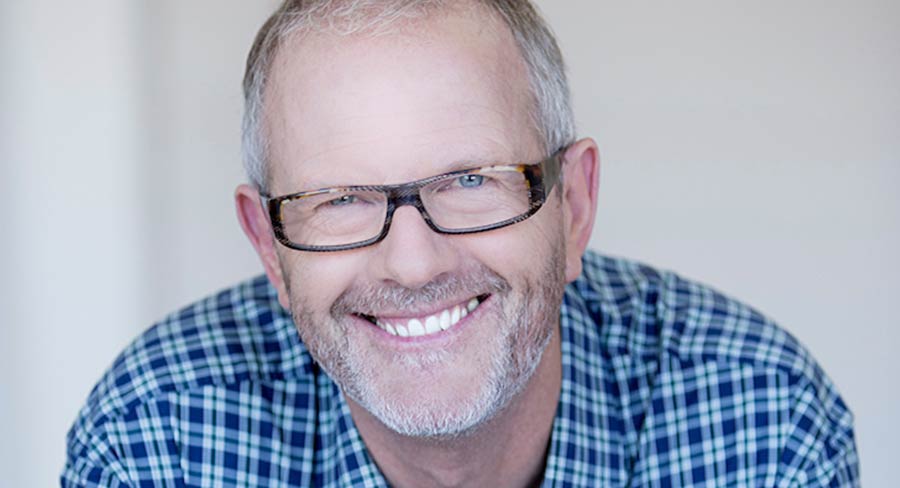 “It is good to be on the podium,” Perso told Mediaweek about their recent ratings success. “We have been second and third for much of last year, but to crack through to #1 was a fantastic thing.”

Perso has often enjoyed success across a long radio career. One of them came many years ago when he was hosting breakfast at Fox FM in 1990 in addition to being station PD. He’s also seen success as a radio programmer over the years.

Perso is a key player at smoothfm as the brand celebrates its seventh anniversary.

Perso moved from management back to on air at what was then Vega FM over a decade ago. He also helped program Vega for a time. Other programming gigs around the country included Triple M Brisbane, Gold and Fox in Melbourne. He also did time at TTFM (later Mix 101.1 and now KIIS 101.1, Perso was PD and breakfast host) and consulting for 4BC under previous owners.

“I’ve been on air as a plain old radio announcer since 2010.” Perso was one of the announcers hired by Nova Entertainment’s Paul Jackson and Rohan Brown before they revealed exactly what they were up to, in a transition between Classic Rock and smoothfm.

Perso also spent time in regional Australia, programming DMG Radio’s regional network out of Albury. When DMG sold the regional business he stayed in the area where his family had moved. He got out of radio and worked for a time in a factory. “That was a really, really good experience,” said Perso. “It gave me a fresh perspective on what the real world is like, which I think now helps me to be better at what I do on air.”

Perso said he was never cocky enough to assume he would eventually be #1 FM at his current home. “At smoothfm the idea is, it is good to be better, but it’s better to be different. There are lots of radio shows doing similar stuff, but ours is different and an alternative to what most of them do. In that way we stood out in the market.

“There is not just one thing that people want from breakfast radio shows. That has been a very narrow approach and you see that in markets now with several radio stations chasing the same audience in the same way doing versions of the same thing. Audiences have different needs.

“smoothfm still leans heavily on the ideas of escape and relax. There is a lot going on in peoples’ lives and sometimes they just don’t need to be overwhelmed by stuff. Sometimes they just need a friendly voice and a great song. That’s what we try and be.

“Some people suggest smoothfm must be a really bland radio station. I don’t think they really listen to it properly. Our listeners certainly give us a lot more credit than many radio people have.”

The Melbourne set up is a little bit different to Sydney, with the newsroom and the studio not far apart. [In Sydney the smoothfm studio and newsroom are on separate floors.] Perso said for parts of the morning when he and news presenter Jennifer Hansen talk they are both in the studio together.

Perso said he’s never had too much trouble rising early. “I really value my job and I know every day how lucky I am to have it. I value our listeners and I never want to let them down. There is a great deal to be said for just sticking around, turning up and doing your job.”

He didn’t think it ideal that in some cases once a radio station is out of survey that its breakfast show disappears. “That’s not the way the real world works. I love holidays as much as everyone else, but you are short-changing your audience if you are not there for the greater part of the year.”

Despite hosting what may seem a less complicated breakfast format than some, Perso explained: “I reflect very heavily and deeply in the stuff I do every day. I sometimes beat myself up when we don’t do a great job, and I celebrate when we do a great job. I am very aware of the need to do a really good job every day. Because I’ve been around so long I have a pretty good idea of what needs to be done and how it needs to be done well. There is no harsher critic than myself when things go wrong.

“I have some very good programming people who’ve worked with me at smoothfm – Rohan Brown, Peter Clay, Ben Latimer and now Georgie Page.

“Because I’ve been around for some time they might tend to think they don’t need to ride me all that hard. But what I have said to them is that Roger Federer has a coach. All people who are really good at what they do have someone who gives them a helping hand and points out when they make little errors so they don’t become big errors.”

Tomorrow: The key to success at smoothfm 95.3.