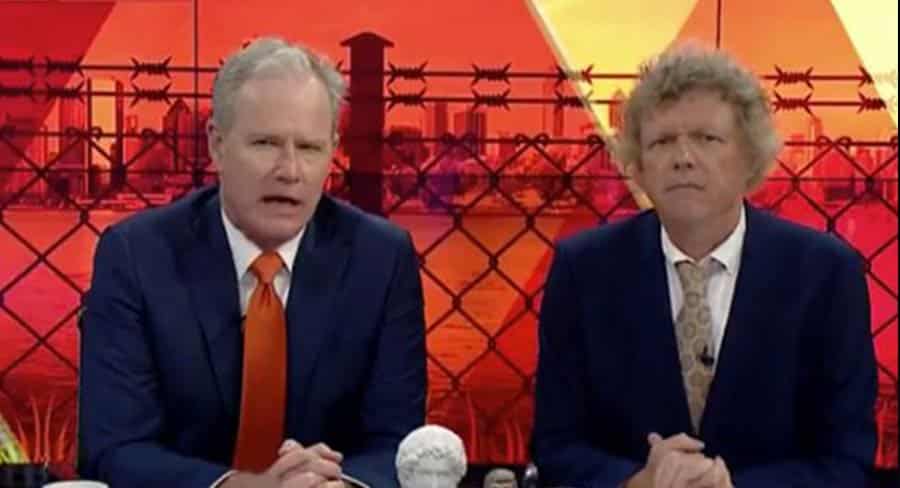 “I have today advised Ross Cameron that his contract with Sky News has been terminated.”

The new chief executive of Sky News, former editor-in-chief of The Australian Paul Whittaker, has flexed his muscles just days after taking over.

He has sacked one of the channel’s high rating yet controversial evening hosts, former politician Ross Cameron. The move to sack one half of the Outsiders team come after allegedly racist comments made about Chinese on his show close to midnight on Tuesday.

In a statement issued on Friday afternoon, Whittaker said:

“I have today advised Ross Cameron that his contract with Sky News has been terminated.

“Sky News is committed to robust discussion and debate. However, this language is totally unacceptable and has no place on any of our platforms, nor in modern Australian society.”

Whittaker added that any recordings of the offending comments have been removed from all Sky News platforms.

Whittaker added: “We apologise for any hurt or offence caused by the remarks made by Ross Cameron on the program.”

Just this week Whittaker spoke briefly about his new role at a News Corp function. He has been in his new job just two weeks.

Whittaker moves into television, replacing outgoing Sky News boss Angelos Frangopoulos who leaves Australia in a matter of days for his new role as CEO and managing director of Sky News Arabia.

Cameron has been one of the high-profile attractions at the news channel’s conservative evening lineup. The sacking of Cameron means Rowan Dean is the last man standing from the original Outsiders team after the departure of Mark Latham last year.

Just a couple of months ago when Sky News celebrated its expansion to WIN’s regional network, Cameron was one of the channel stars who took part in the launch event and subsequent initial programs broadcast live on WIN from Wollongong.