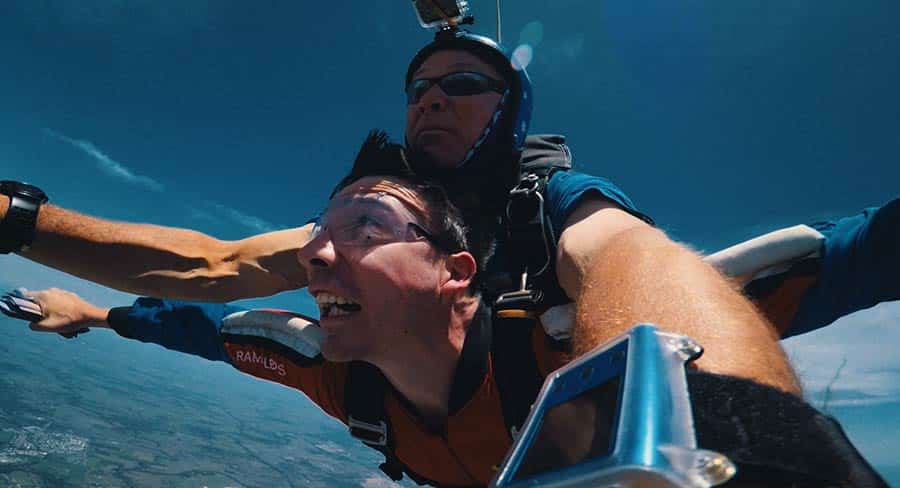 • The breakfast show made it rain dollars over the Queensland capital

Suncorp Stadium said no. The Gabba said no. But Hit105’s Abby and Matt didn’t give up because on Saturday November 3 their co-host Stav Davidson carried out the ambitious plan that saw him jump out of a plane and shower Brisbane with cash on the way down.

As the breakfast show made it rain dollars over the Queensland capital, the inventive Hit marketing team dubbed the event Cashnado. The brave brekkie host jumped out of the plane at 11am Saturday and took the rubber band off a wad of $10,000 to unleash the Cashnado.

The plan dates back to June when Stav breathed a sigh of relief when his planned skydive during Hit105’s Should Have Been Origin Legends match was cancelled at the last minute. However, with the idea firmly planted in his colleagues’ minds, and listeners super keen to see him jump, Hit co-hosts Abby and Matt were hatching a plan that would see him jump from a plane.

The weekend’s jump had sponsorship from of Suzuki Queensland.