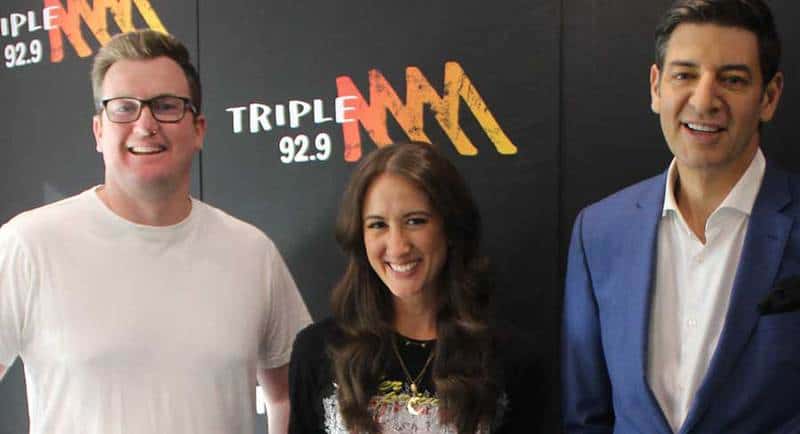 Zempilas will anchor the all-new 92.9 Triple M Breakfast show after the station launched on 1 December 2020, following Zempilas being elected Perth’s 56th Lord Mayor in October of this year. The new show announcement comes just four days after he exited 6PR (see below).

A native West Australian, Zempilas began his media career at the Seven Network as a sports reporter and has worked as a sports anchor at Seven, produced his own AFL show, Basil’s Footy Show, and has been a long time member of Seven’s AFL commentary team. During his career he has covered the 2000 Sydney Olympic Games, 2002 Winter Olympics, 2004 Athens Games and 2008 Beijing Games. In 2018 he joined Seven’s Weekend Sunrise as co-host.

No stranger to radio and SCA, Zempilas was previously a part of the 92.9 Breakfast show between 2008-2013, and more recently co-hosting 6PR’s breakfast show.

Also on the new breakfast team is former AFL player Xavier Ellis and Jenna Clarke, assistant editor of The West Australian. Ellis has just finished his role on the old 92.9 breakfast show Xavier, Juelz and Pete. Clarke, who started her radio career at SCA in Perth a decade ago, is also making a name for herself on TV as part of Paul Murray Live.

Zempilas said: “I love Perth, I love to have a laugh and I love sport – so when Triple M arrived, it was the perfect fit! I’m a local through and through, and the opportunity to take that even further with Triple M is really exciting – and I’m so thrilled to share the experience with Xav and Jenna. Xav has the footy banter covered, and Jenna is one of the most accomplished journalists in the business. We’re locals so we’re looking forward to giving our listeners a show that is important to our community. It’ll be a great ride!”

SCA chief content officer, Dave Cameron said: “There’s no-one more ‘Perth’ than Basil Zempilas, and having Baz be a part of launching 92.9 Triple M with a brand-new breakfast show in 2021, reinforces the fact that Triple M is here to cement itself with local content delivered by locally loved personalities just for local listeners. Baz combined with Eagles favourite and current 92.9 host Xavier Ellis, plus razor-sharp journalist Jenna Clarke make this a hugely exciting new local show, and we can’t wait to finally give listeners what’s long overdue at breakfast – something fresh and fun to wake up with. 92.9 Triple M has arrived – time to shake the city up a bit!”

Head of the Triple M Network, Mike Fitzpatrick, said: “This will be an FM breakfast show that is different from everything else on the radio in Perth. It will give listeners a real alternative to the regular breakfast offering. Think of it as radio’s version of a chili scramble, not plain old cereal.” 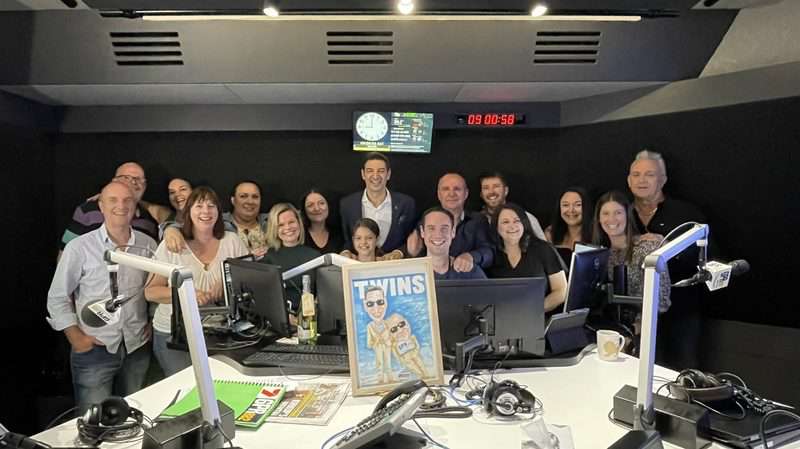 Zempilas only finished his career with Nine-owned 6PR last Friday.
He had been part of Breakfast with Steve Mills and Basil Zempilas since 2014, before that co-hosting with Adrian Barich.
On his final 6PR show, Zempilas told the listeners: “I love coming to work in the morning in this environment, there is nothing like it. I have had the privilege of working in lots of broadcasting environments and there is none better than this one. A lot of that is because of working with you Millsy. I am a better person, and I am a better broadcaster.”
Zempilas also thanked a big team of producers and their panel operators. He also went through the ranks of management which has changed a little over the years. That list included Martin Boylen, Adam Lang, Barrie Quick, Gordon Hill, Emily White, Greg Byrnes and Tom Malone. He also mentioned their ratings record.
“When we started in breakfast we hadn’t beaten the ABC for 16 years. And in survey 8, 2017 we got past them for the first time. We have now beaten them in five of the past nine surveys.
“Change is good, I wish Gareth Parker [moving to breakfast in 2021] nothing but great success. From me it’s not farewell, but just goodbye for now.”
An emotional Mills recalled 16 years of radio at 6PR. Additional management thanked by Mills were John Solvander and Declan Kelly.
Both announcers thanked their families who joined them in the studio for the final break.