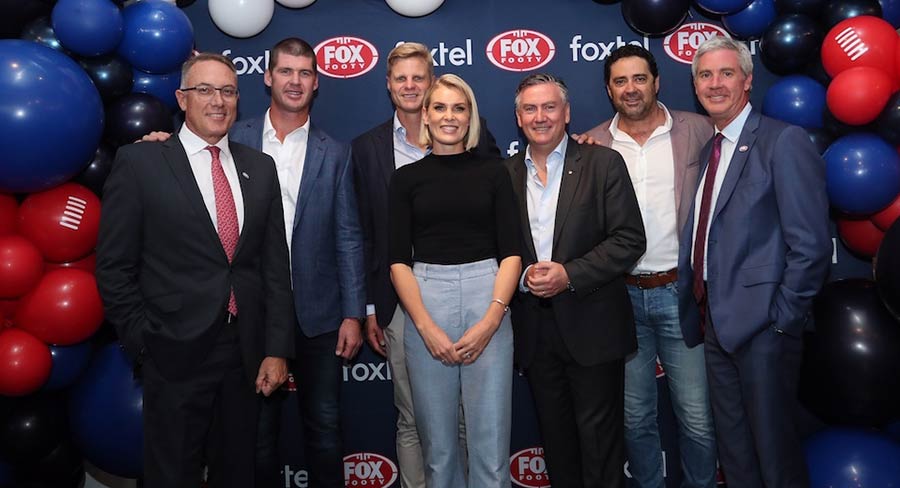 The streaming service is helping spread the word about the subscription TV offerings via its own launch events.

This is the second week of what the subscription TV platform will be hoping its is busiest fortnight of the year for new subscriptions.

The launch of the NRL and now AFL seasons are when many households allocate some extra spending out of their entertainment budget.

For years if sports fans wanted to watch every NRL or AFL match they needed to navigate the Foxtel packages to secure the Fox Sports tier. Now though if a Fox Sports package is out of reach, they have the option of signing up to the much cheaper sports streaming service Kayo.

The streaming service is helping spread the word about the subscription TV offerings via its own launch events.

Today Kayo is having its own AFL launch as four of the AFL’s biggest names are set to makeover Melbourne’s most recognisable smile.

After preparing “Mr Moon’s” century old smile for the upcoming season, all four players will be available for interviews, before battling it out on some of the iconic park rides.

The Fox Footy launch was a more sedate affair, held in the private dining room at Chin Chin in Melbourne. The event was hosted by Eddie McGuire and guests included Foxtel executives, media, the host of the channel’s new Up The Guts show Lawrence Mooney plus the small army of former footballers and sports journalists who are the lifeblood of the channel.