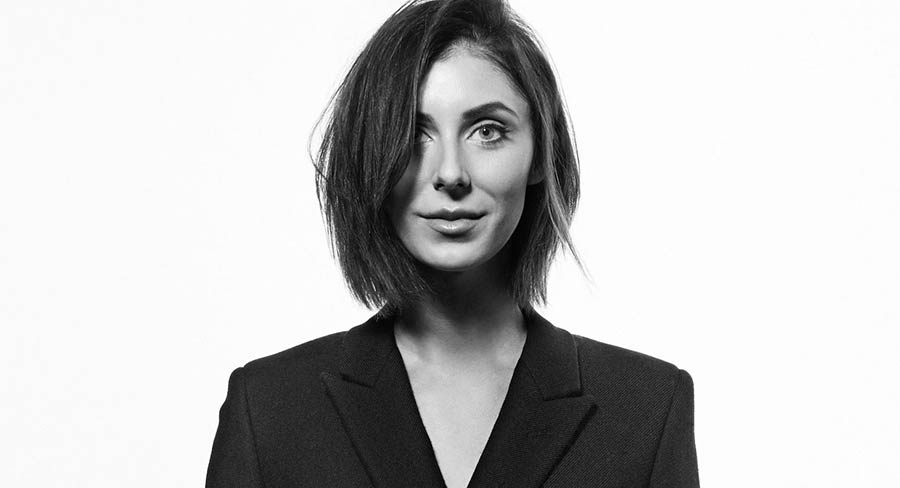 Choosing a cover for Vogue Living in some ways is an easier job than some other editors face weekly or monthly. The News Corp magazine published under licence from Condé Nast has six editions a year.

While that means only six big decisions, it also means there is a fair bit riding on each of those selections.

Vogue Living’s editor Rebecca Caratti, who has been on the title for 12 months, told Mediaweek she has a disciplined system to make those cover choices.

“I need to have input on that choice because what I like might not translate in a supermarket or a newsagent. I get everyone in the office to vote on their favourite.” When starting a new edition, Caratti sits with her creative director Natasha Allen, examining the content for that issue and, through a process of elimination, ends up with the most-likely cover candidates. “We often have three to four covers under consideration while we are working on the issue. I always reduce it to two choices – one I really love and one that I think appeals to a wider audience.” She told Mediaweek she usually chooses the latter.

In addition to the regular editions, Vogue Living also publishes special editions. The most recent was its Extraordinary Homes From Around The World, which went on sale earlier this month.

Caratti replaced former editor Neale Whittaker when he stepped down to focus on his TV work for Nine and Foxtel’s Lifestyle.

She told Mediaweek the reality of editing the prestigious title was a little different to what she anticipated.

“I have always loved Vogue Living and I used to work at Vogue Australia. Interiors weren’t really my forte because I have a fashion background.

“It is where my interests now lie though after I have bought my forever home with my husband. I thought it would be an exciting brand to work on, but little did I know the enormity of the brand.

“When I started I realised people across the world, not just Australia, are obsessed with Vogue Living. It struck me then what a big job it is.” Australia is the only market with a Vogue Living and design devotees hunt printed copies of the veteran brand on newsstands in many countries.

Caratti said she was a regular reader before joining the team, noting she loves design whether it be fashion or interiors.

Another responsibility that comes with Vogue Living is leading the charge for print products. While some general consumer titles are under threat, it seems specialist products serving a specific market are the future of the medium.

“What we do is keeping the magazine spirit alive, with both our regular editions and the collector’s editions. People also collect Vogue Living and they reference them from year to year.”

The March-April edition of Vogue Living features a special 32-page travel section, something Caratti said would be a feature two or three times a year. “We are focussing much more on luxury cruising in the future. We do much more travel online though where we have our own travel vertical. It is our biggest driver of online traffic.”

While the print product drops for readers six times a year, the brand can engage daily with its audience via its website. “We upload at least five to eight pieces of content daily online. We also have a highly engaged audience on social, particularly Instagram where we have over 1.3m followers. We direct a lot of that audience to our website via Instagram Stories which is a big driver of traffic for us.”

Caratti agrees that Instagram was almost made for Vogue Living. “It really was – a portfolio of beautiful images and homes and inspiration.”

“For us it is not hard because everyone wants to be in the magazine. We are inundated with offers of projects from architects and designers and we have really good relationships within the design industry. If we ask for them to keep it off social for a couple of months to preserve our exclusive they are completely fine with that.”

As to changes at Vogue Living since she arrived, Caratti said: “I wanted to bring more of a youthful energy to the magazine and I wanted to bring back the people who live in the homes. I like to shoot portraits of the homeowners and if they are not interested at least the designers or architects.

“I also wanted to alter the design and make it more like a coffee table book. We have a longform story at the front of the magazine, but other than that it is a visual feast.

“I have just tried to feminise it as well – bring back the femininity of the magazine.” Was that triggered by the title changing from a male editor to a woman? “Probably,” said Caratti.

The changes at the title coincide with Australians getting a lot more elaborate and creative with design. “The theme of this edition is about the Next Gen of design which is why I have a lot of ‘loud’ projects in the pages. Australians aren’t afraid of colour and texture any more.”

Vogue Living has a number of events on the calendar including design dinners, which sold out in Sydney and Melbourne.

The May-June edition should be interesting from this young editor shaking up the marketplace. The special theme – The Rock Star Issue. “It won’t be everyone’s cup of tea, but I think many people will enjoy it because it’s a little bit different for Vogue Living.”

The magazine will take readers inside rock star homes.

Also coming, but not until 2020, is the Alessi Design Awards. The awards were once with Vogue Living, they moved to Belle, now they are returning home.