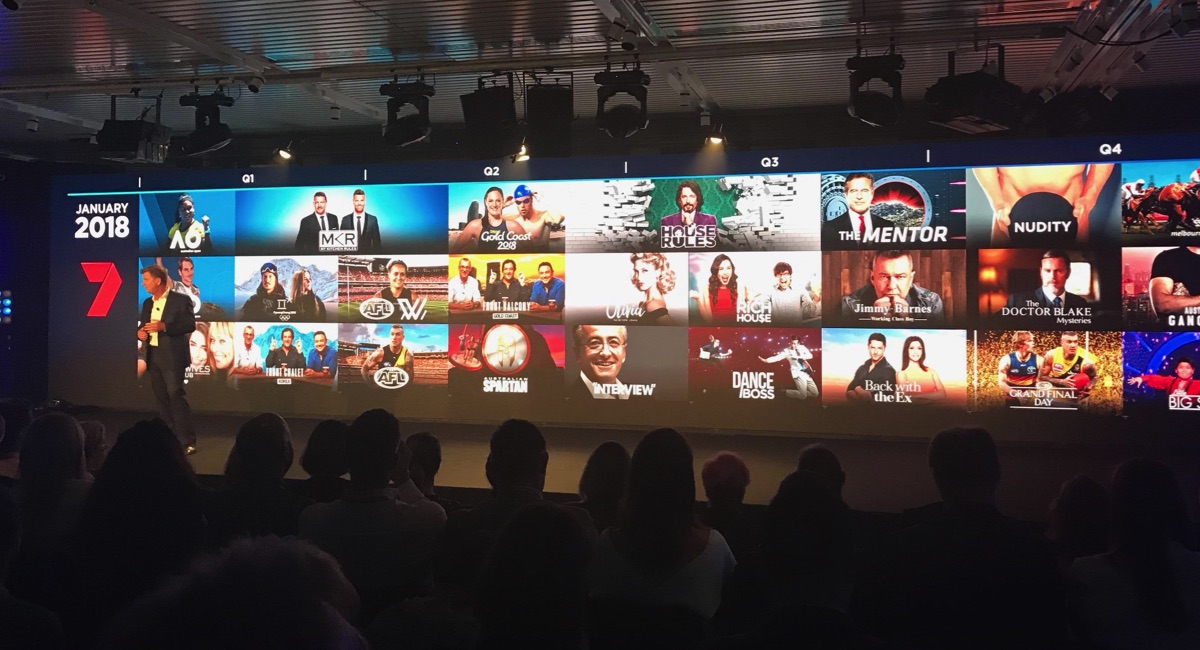 Venue: The Glasshouse, Olympic Park, Melbourne
Crowd: Two performances (!) for around 300 each sitting
Length of presentation: One hour 18 minutes

“You are the first people in the country to see Seven’s lineup for the next 15 months.” 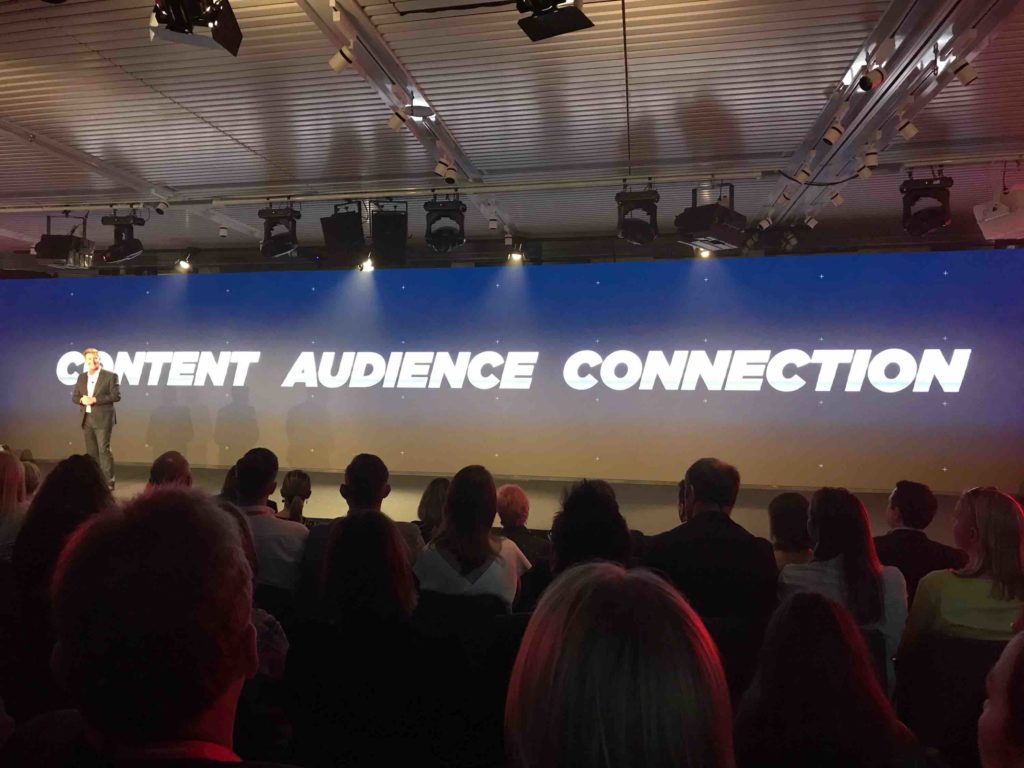 “This was out roughest year and not our best win. In the back half we have come up short.

Streaming content talked about first – “It has been a journey of discovery”. Burnette has been with Seven for 27 years. “I want to be here for 27 more…maybe not! [Laughs]

“Let me introduce you to lightning strike moments – moments that are the exact opposite to the most overused word in media – fragmentation.

“We have created the perfect storm.

“The largest investment in content this company has ever had.”

Burnette said 2.1m will watch Rugby League World Cup on the screens of Seven. 2.4m will watch the final. And, for the first time, Seven will serve addressable ads.

Seven has 5% audience growth on top of market-leading position in first half of 2017.

Promising audience growth in marketing that is fragmenting.

“The #1 TV brand as chosen by audiences, Seven will be Australia’s choice to be #1 for a 13th year.”

Burnette talks about other businesses that Seven West Media has invested in.

“Buckle up,” says Pete Evans during clips from new season.

Custom made extra content for social platforms featuring previous contestants from My Kitchen Rules. “It is now an all-round proposition.”

Promo video for Winter Olympics. Up to seven live streams. 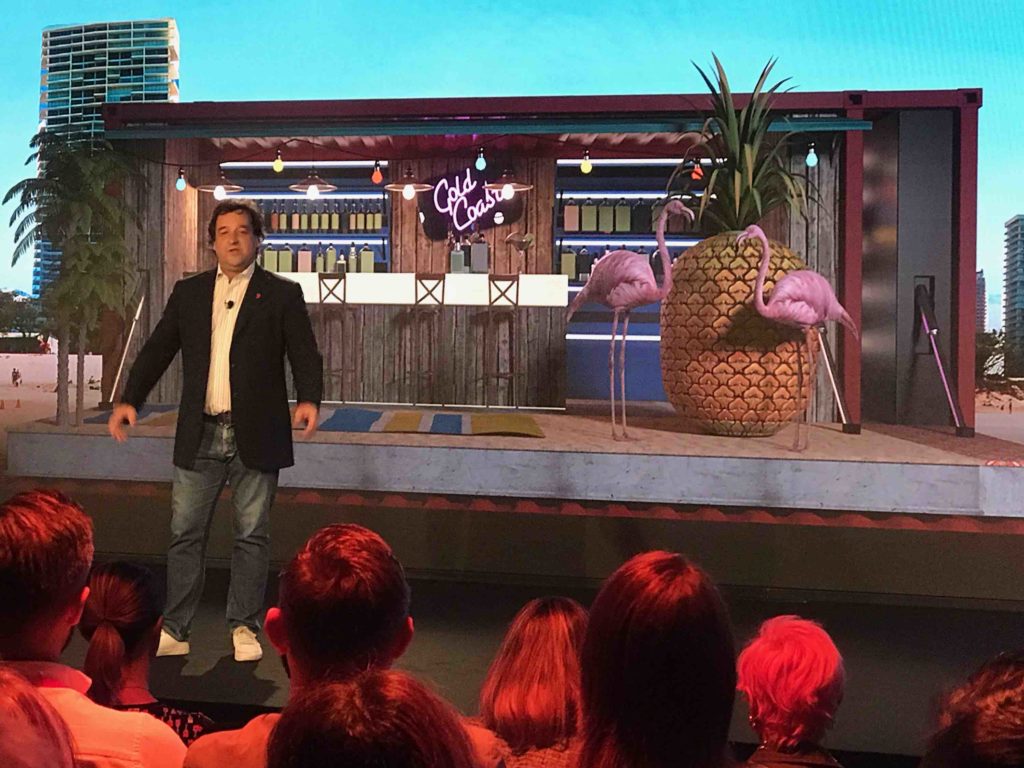 The Front Bar host Mick Molloy talks about the expansion of the format in 2018.

He explains the Front Bar expansion – will be travelling to Winter Olympics and the Commonwealth Games with the show being rebranded The Front Balcony.

“I am so proud of our little show and Seven giving us the opportunity to go primetime.” Mick seemed to be working without an autocue.

For new series of Australian Spartan – Seven will be cutting the ad load by 50%.

Promo clip for House Rules with mother and daughter team and some of the other teams.

“At Seven we are trying to get the balance right between art and science. How good would it be if we can tell you what shows give you the most positive return. We can do that now. It is called Brand Attribute Matching.”

Something called Code7 launching next year. More details to follow.

“One more show I want you to see. Female, friendly and feel good.”

“Welcome to the premiership quarter.” He introduces clips of Instant Hotel and The Wall which are launching this month.

“Today we are also revealing some shows in very early stages of development.

“Welcome back to Seven and Australian television, Andrew Denton.”

Denton onstage. “Is this show going to be like the other one about Rope?

“When the chemistry is right, one of the most compelling things on television can be an interview.

“What has changed this time around is the world in which we live. It’s too early to list guests, but to borrow from Donald Trump…they will be the most amazing guests ever.”

Why Seven? “When I was last here Kerry Stokes made it clear to me there would always be a home for me at Seven so I came back.” 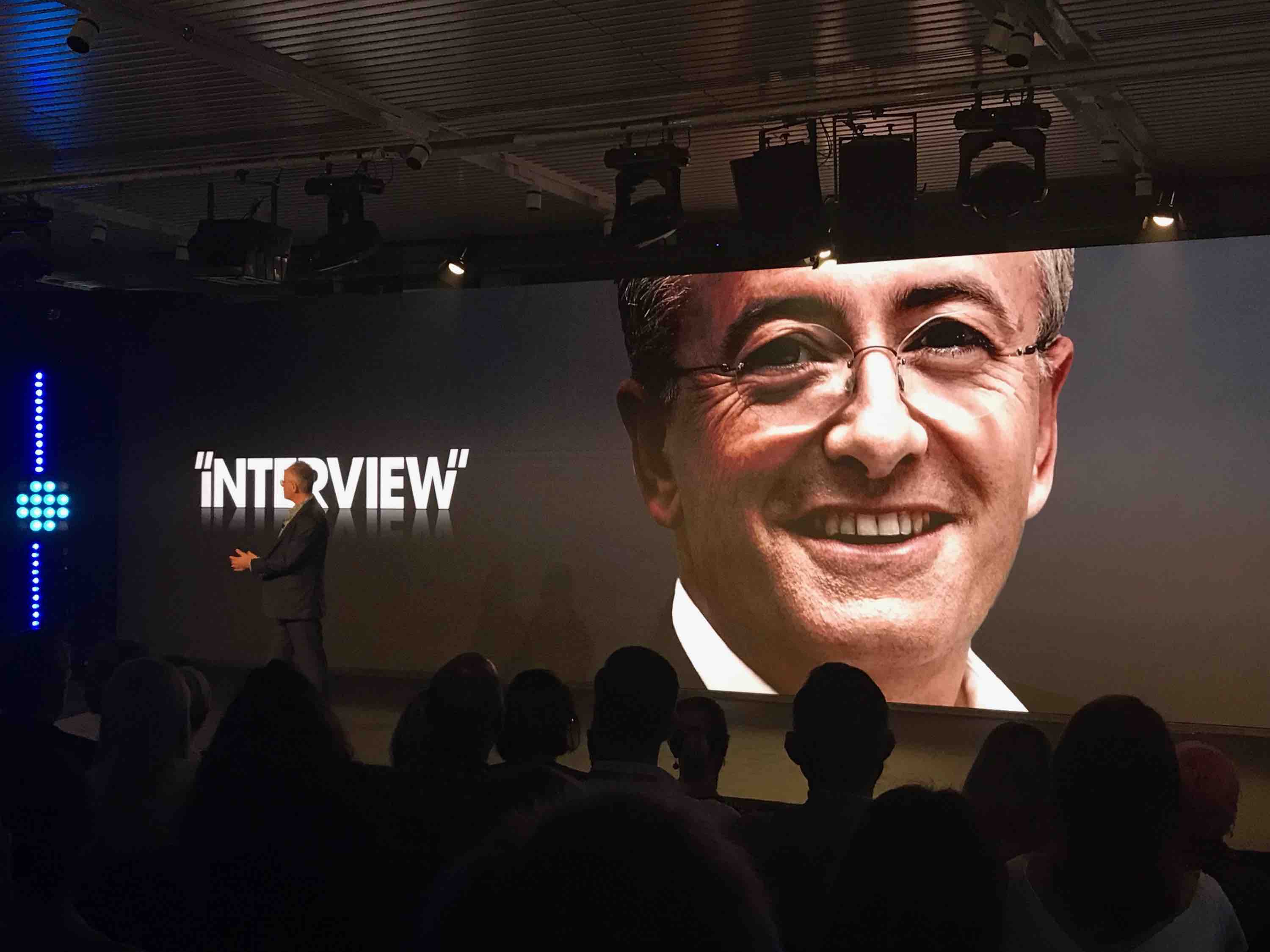 Tim Worner is back – “There is one thing missing – money.

“It is a talking point in every house every night. Finance can be a boring subject. It is critical we get the casting right for this one.”

Welcome to Seven – Mark Bouris onstage to introduce The Mentor.

“Hi. I’m Mark Bouris and I have been in business in Australia for a bloody long time.”

“I brought this show to Seven because no one does Australian stories better than Seven. It is perfectly suited to integration for brands to solve real life challenges. I look forward to working with you in this game changer.” 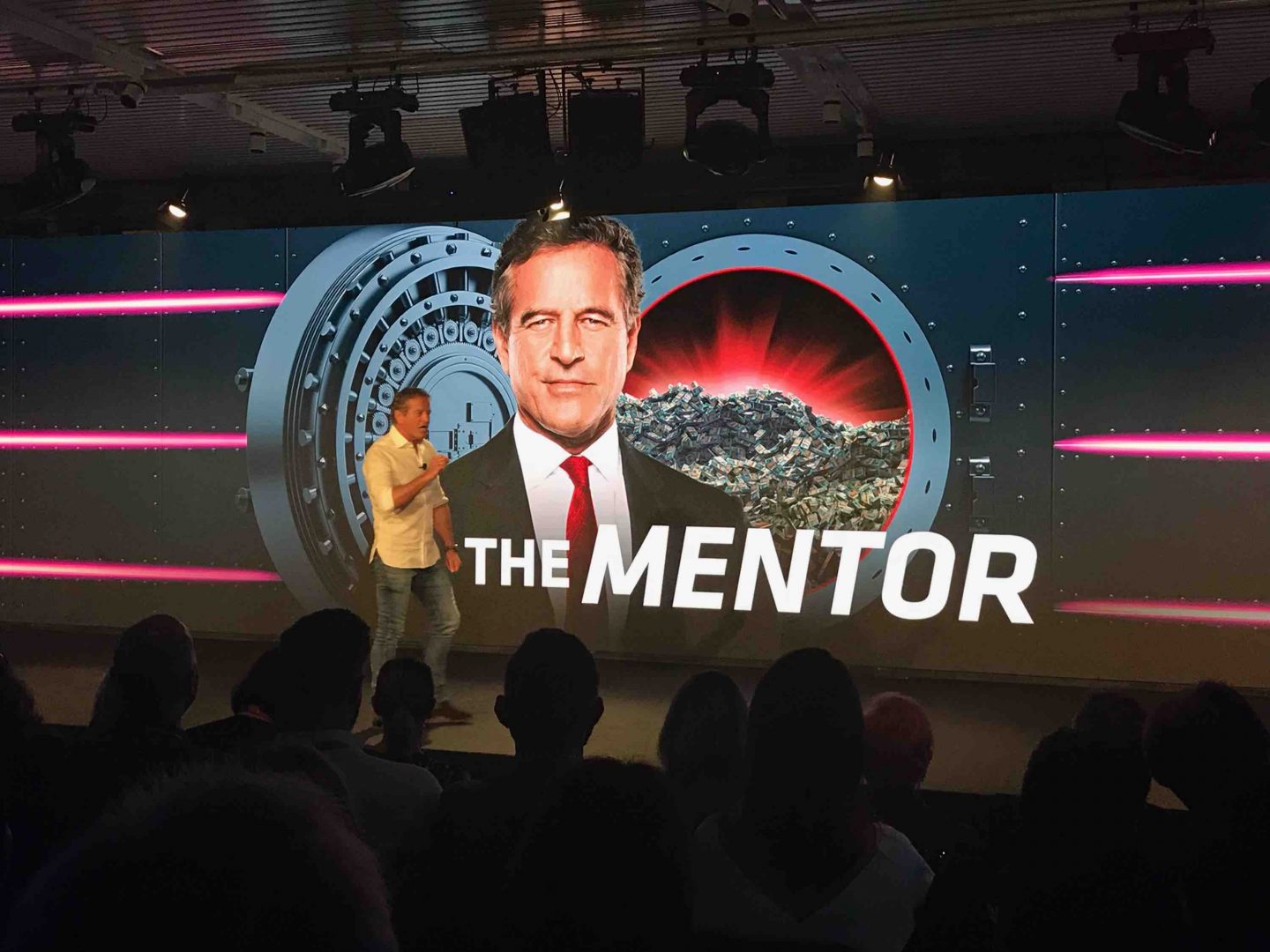 “I am not sure where to go with this – wild music and nudity.”

More Tim: “In the relationship space we have two new shows: The First Wives Club and Back With The Ex.”

The latter reunites four couples – two stay together, one split and other you will have to see it to believe it.

One off events in back half of next year: Brad Lyons speaking on special events spikes branded “For One Night Only”.

One will be a charity special – The Real Full Monty.

Last but not least – Plus7 becomes 7Plus.

Clive Dickens onstage. “It is going to change the game. 7Plus is so much more than catch-up TV.

More premium content than any other Australian OTT offering. Content from some of the world’s largest studios. We will focus on addressable advertising.

No joke – Yummy Mummies is back – the first 7Plus commission.

7Plus will have 3m active users by the time Comm Games start.

FVOD is bigger than SVOD.

Running a little longer than we initially predicted!

Next onstage is Seven Network head of marketing Anna Bacic for discussion of benefits of Red Fusion and overall marketing opportunities for clients across the group.

Kurt Burnette back onstage winding up the event.

“The teams will be out talking to advertisers from next week.”

Sessions ends with performance clip of Delta as Olivia performing in Grease.