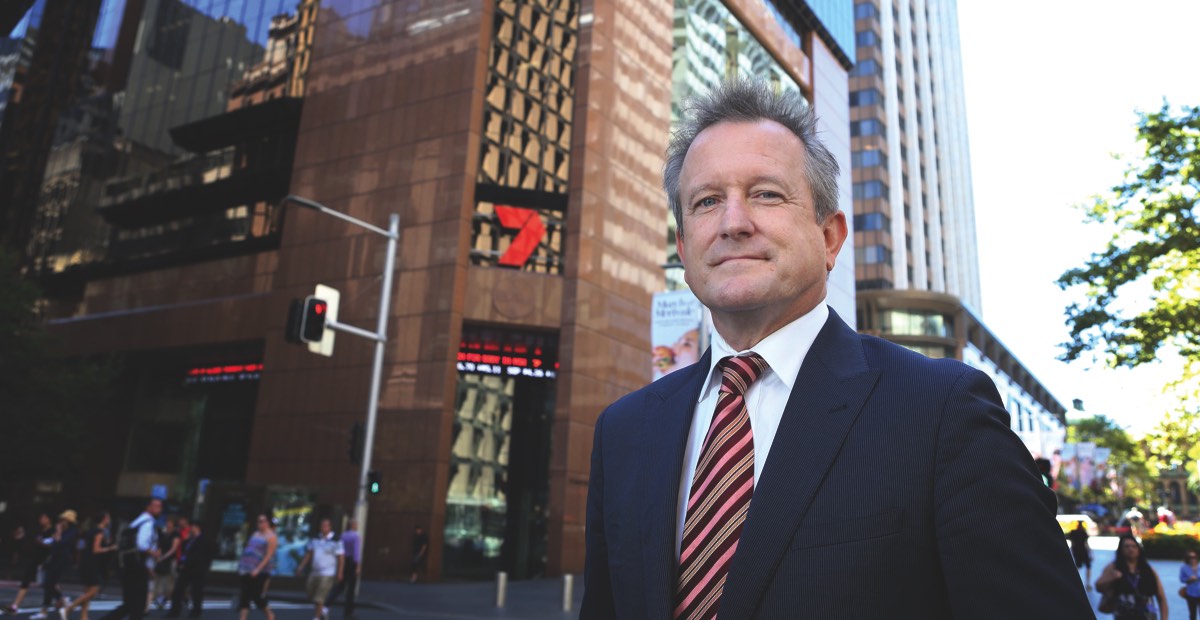 Craig McPherson is the Network Director of News and Public Affairs, Seven Network

With press releases from Nine in the past couple of weeks claiming dominance in breakfast TV and primetime news in Queensland, choosing the head of Seven news and public affairs Craig McPherson as Person of the Week could be a curious choice.

McPherson started in the role in October 2015 after spending two years at Nine and prior to that he was at Seven for 18 years.

McPherson said he left Seven on good terms before he moved to Nine. “Otherwise I wouldn’t be back at Seven,” McPherson told Mediaweek.

After such a long time at Seven, when he first arrived at Nine he suggested it felt different. “It was very weird from day one until the end really.” His previous role at Seven was running Today Tonight and it was a very competitive position, brawling with Nine’s A Current Affair on a daily basis. “We lobbed a lot of bombs at each other and occasionally it got a little out of hand for both of us.

“There is a premium when you are Australia’s #1 news”

“To suddenly go and join the enemy camp felt odd…and it felt odd for some of the people at Nine when I was there. I had a good couple of years and got on well with everyone there, but it did feel for most of the time the wrong fit.

“When an opportunity arose to come back it wasn’t a hard decision to return.”

The brief from Seven West Media CEO Tim Worner was simple: “You look after everything at Martin Place – Sunrise, the news departments in every state, The Morning Show, Daily Edition, Sunday Night and whatever else we can develop. It is a big role and it is a good one.”

McPherson doesn’t gloss over how Seven News and associated programs were performing when he arrived. “They weren’t doing that well. They weren’t winning and I doubt if I would have been asked back if they were.”

What’s the report card say after his first 12 months? “We are winning.

“We are winning network news and Sunrise has bounced back after changes were made after a poor first half of the year. For the past 21 weeks we have won 16 to five.

“We are not yet winning Sydney and Melbourne, but we are in Brisbane.” Seven News wins occasionally in Sydney with McPherson noting it’s a trend that could lead to a change of market leader. “These sorts of things don’t happen overnight.”

Although McPherson doesn’t claim to be too close to what a market win means in dollars to the network, he notes: “There is a premium when you are Australia’s #1 news.”

The 6pm news slot is arguably the timeslot least affected by changing viewing habits. McPherson noted that with the exception of My Kitchen Rules, Seven News remains the #1 show on most nights of the year.

Seven provides around 10 hours of news content daily which is now being cut and diced onto different platforms as well as filling half the day of linear TV viewing. “Digital distribution won’t affect 6pm.”

In addition to ratings data, Seven undertakes separate research into lots of different things associated with the bulletins from presenters to content. “We look at every bit of research we can. It is how you interpret and how much faith you put in it.”

As to why ratings have lifted this year, McPherson thought a number of factors came into play. “I have changed some key personnel, which has helped. I don’t disregard at all the effect of a better lead-in than what the previous regime had. Our product has improved by changes to the look, the presentation and new people. Although we all rely on technology, the team with the best people will produce the best product.”

McPherson installed a new set at Martin Place earlier this year, noting he thought it made the bulletins look more modern. Nine’s Hugh Marks this week talked about investing in upgraded Nine News sets, using the recent changes in Perth as the model. McPherson would like to upgrade sets outside of Sydney, but he noted budget constraints. “Good sets are expensive.”

Although overhauling Nine News Perth wasn’t his only task at Nine, McPherson admits “it was a serious uphill battle. Seven own that town. Nine has invested a lot of money they are yet to see a return on.”

Digging into the content of news bulletins, McPherson admitted Seven has slightly changed its ultra-local news focus at the start of bulletins. “We have skewed more towards looking at the bigger picture at times. We have targeted the areas I and others thought we were weaker in historically, deciding to take on Nine where it thought it was the strongest.

“Every market remains parochial though. Things that work in any one of the metro markets won’t necessarily work elsewhere. The local stories are generally king, with the global stories more easily accessible to viewers than they ever were in the past.”

Live crosses remain key to most major items in the bulletin. “Live remains very important,” stressed McPherson. “There can be times when we overdo it though with live crosses that might not add anything to the story. We have spoken about that and we endeavour to make our live crosses add a new element to what the viewer has already seen.”

Despite a year marked by strong growth, there is plenty left to do, said the news boss. “We are going OK, the trend lines are good. But we haven’t got to the top of the mountain. The object is to win Sydney, to win Melbourne, to win Brisbane, to win Adelaide and to win Perth with every single program. In the markets where we haven’t been strong we will continue to chip away.”

When asked if a network win was worth more than wins in key markets, McPherson said they want to win them all. “Sydney and Melbourne are the two biggest markets and we are not winning those…yet. To win the metro network is a good thing to win though.”

“You can’t have two programs on air at the same time every day claiming to be Australia’s #1. One is telling the truth and one isn’t. We were telling the truth and [Nine] wasn’t…and they admitted it. There are 7m people in regional Australia and Sunrise flogs the Today show every single day. Quite frankly the public doesn’t give a toss. But when you start claiming something on air you are not, you can’t get away with it.”

Breakfast audiences have been steady, like the 6pm bulletins lately.

McPherson said having a poorer start to the year was character building for the Sunrise team. “They worked their backsides off under EP Michael Pell. They stuck to the format and people have come back to the show.”

When Mediaweek asked if 60 Minutes now has the edge over Sunday Night, McPherson reminded me that when the two went head-to-head two days prior to our interview, Sunday Night was the winner. “Nine has been coming off The Block prior to that, which has been doing OK.” McPherson said he gets a say in the Sunday Night timeslot, “but I don’t get the final choice. We would love to be at 7pm every week. But a show like My Kitchen Rules has to run early of course.”

McPherson said there had been no discussions with Cassandra Thorburn about a role on Sunrise. Would you do it as a spoiler against Today? “What for?” Nine did recently poach Michael Usher for the Sydney weekend bulletins. About the chance of hiring any others, McPherson noted: “We are always in the market for good people. Who isn’t?”

The return of Today Tonight

McPherson is often associated with the desire to bring back Seven’s daily current affair show. “I don’t know why that is,” he admitted. “I do always want to increase my real estate though. The reality is Today Tonight won’t return and there is no plan. The hour news is safe.” If there was any sort of new daily current affairs show, it would have to exist outside of the 6pm one-hour news.