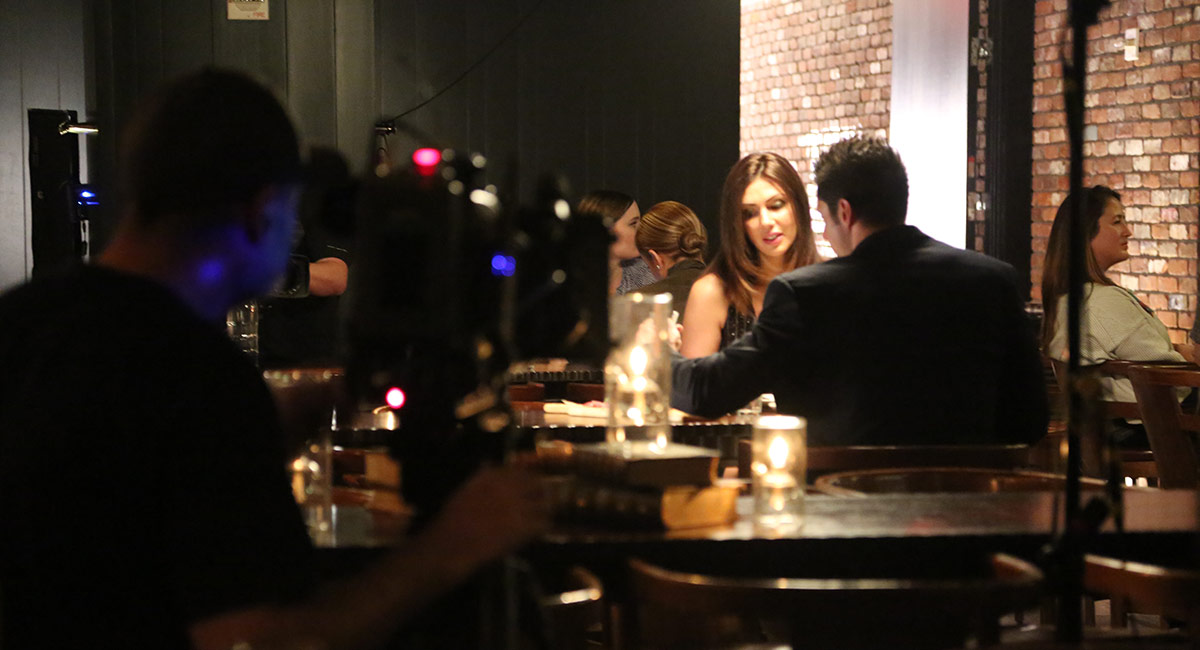 ‘There seems to be an undying hunger for stories about love… you need to tap into things that are universal.’

Post-Easter and post-Commonwealth Games are important times for all TV networks, none more so than Seven, which used the 11 days of competition to promote its new shows filling the schedule this week.

One of those new shows is Seven’s new dating format Back With The Ex, a reality format developed by the team at Seven Studios. Executive producer Deb Spinocchia told Mediaweek that is one of the good things about working at Seven – it comes up with original formats.

As to whether this new format could be compared to any of the other romance/dating/wedding shows from Married At First Sight to The Bachelor, Spinocchia said: “There seems to be an undying hunger for stories about love. All of the shows that are working on commercial television tap into things that are universal. Cooking works, renovating works – everyone needs to cook and everyone has a home and everyone wants to find love.”

When asked whether TV formats go in cycles or whether a well-produced program could work at any time, Spinocchia said: “I think it is both. A few years ago I was a series producer of House Rules on season 1. It launched really soft. It can be hard to sell a brand new idea. People like familiarity. The network really backed House Rules though and it grew and grew until it overtook The Voice.” Spinocchia has form in this category having previously made Seven Year Switch and Bride And Prejudice for Seven. “I am quite used to casting difficult shows.

On Back With The Ex we needed to make sure the people were single and then we asked them if there was someone in their past they longed for. Casting to a certain extent is a numbers game. If you keep asking the question you will eventually find the people that fit the bill.”

One member of each of the four couples on the show is the instigator to try to get the former couple back together. “The other person has to be willing to give it a go too. They also need to be conveniently single of course too.”

Seven is premiering the series at 9pm Wednesday with Spinocchia noting the concept of the show is something that would appeal to an older audience. “Kids aren’t going to understand the concept of time marching on and the regrets people have in life.

“The theme is adult. Programs that work at 7.30pm seem to need an element of soap opera whereas this is more of a social experiment.”

Seven took each of the couples overseas during production to help create the chance for romance to blossom. “Each of the couples goes somewhere super-romantic – the locations were New York, Paris, South Africa and Canada. It was in those places they have a honeymoon together to decide if they will reconnect and spend their lives together.” Back With The Ex’s Peter and Diane

Spinocchia said Back With The Ex is shot more like an ob doc with four teams working simultaneously with a producer and camera crew.

The couples do meet up together at some stage, perhaps reminiscent of the dinner party episodes of MAFS.

She wasn’t sure if the series would create controversy, but Spinocchia noted there is plenty of guilty pleasure to be had watching how other people live.

Although she is ready to handle any criticism the cast may have, Spinocchia said they don’t set out to misrepresent people. “Whenever I meet the cast I am pretty upfront with them about what the experience is going to be. There will be times when they think this is the most amazing thing that has ever happened. I also tell all of them there will be times they wish they hadn’t signed up. And at that time there will be a producer and camera person in their face.

“I make it very clear right from the get-go what to expect. This form of television has been around for long enough now for people to know what they are getting into. There are no surprises anymore.”