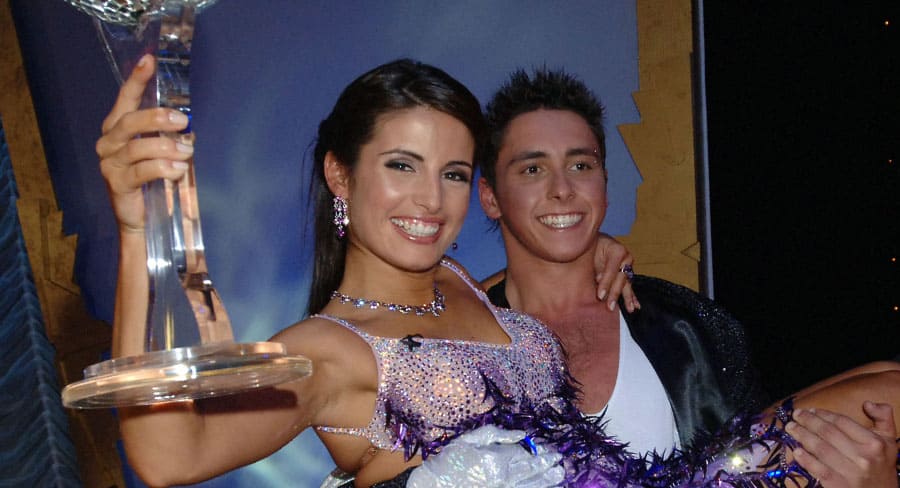 • The show is set to return to its original home this year, last airing on Channel Seven five years ago

Home and Away star Ada Nicodemou is returning to the ballroom with her original dance partner Aric Yegudkin when Seven premieres Dancing With The Stars: All Stars.

Ada and Aric were Season 3 champions in 2005, defeating Chris Bath and Dicko. They also went on to claim the “Champion of Champions” title that year in a friendly face off against Season 2 champions Tom Williams and Kym Johnson.

The show is set to return to its original home this year, last airing on Channel Seven five years ago. Seven hosted the popular show from 2004 through to 2016, before 10 announced they would run a revived version of the show in 2019 hosted by Grant Denyer and Amanda Keller.

10 ran two seasons of the show but in October 2020 they announced the revived series would not return in 2021.

In December 2020, Seven announced that they had re-gained the rights to the Dancing With The Stars format and that they would be bringing the show back with an All-Stars edition this year. Due to COVID-19 restrictions, this series of the show won’t be filmed live.

“Dancing With The Stars is one of the most successful television formats in the world,” said Seven’s programming director, Angus Ross.

“It was a massive hit for us across 15 seasons and we are delighted to welcome it home.”

Ada is one of five former Dancing With The Stars champions rumoured to be taking part in the new season which sees fan favourites quick-stepping back onto the dancefloor for a second shot at the coveted mirrorball trophy.

The other rumoured contestants for the All Stars series are Chris Hemsworth, Nikki Webster, Kerri-Anne Kennerley, and Pauline Hanson. Whilst not confirmed, it is expected that more cast announcements will be made over the coming weeks in the lead up to the show.