Southern Cross Austereo (SCA) has announced that from 15 December 2016 it will deliver a rebrand of its stable of regional radio stations.

In what will be one of Australian media’s biggest brand moves by streamlining its brand portfolio, SCA will significantly enhance the value of its brand assets.

Expanding on its existing seven Hit branded stations, the Hit Network will expand from December to encompass an additional 34 regional stations, all of whom are currently branded as either Sea, Hot or Star.

Sea FM Gold Coast and Sea FM Gosford will take on board the Hit network brand look and feel, overtly becoming part the hit music group of stations embracing its colour palette, design elements and collateral but will retain the Sea FM name.

The regional Triple M stations will continue to offer their well-loved local performers and a wide variety of music and shows retaining the focus on “everything local”, but in addition, with the Triple M rebrand, listeners can expect bigger prizes and experiences, more sport, live events and fresh music features.

SCA’s Rick Lenarcic, head of regional media, said: “We are really excited to announce expansion of the Hit and Triple M radio networks in one of Aussie media’s biggest brand plays.

“We firmly believe that by aligning our regional stations to either the Hit or Triple M brands we will not only deliver better content to our regional audiences, but also be easier to do business with, given we will be streamlined to two strong brands.

“For the first time, our audiences and advertisers will identify and engage with brands that are both local to their region and national. We look forward to unveiling the brands and their associated marketing campaigns and collateral a bit later on in the year.” 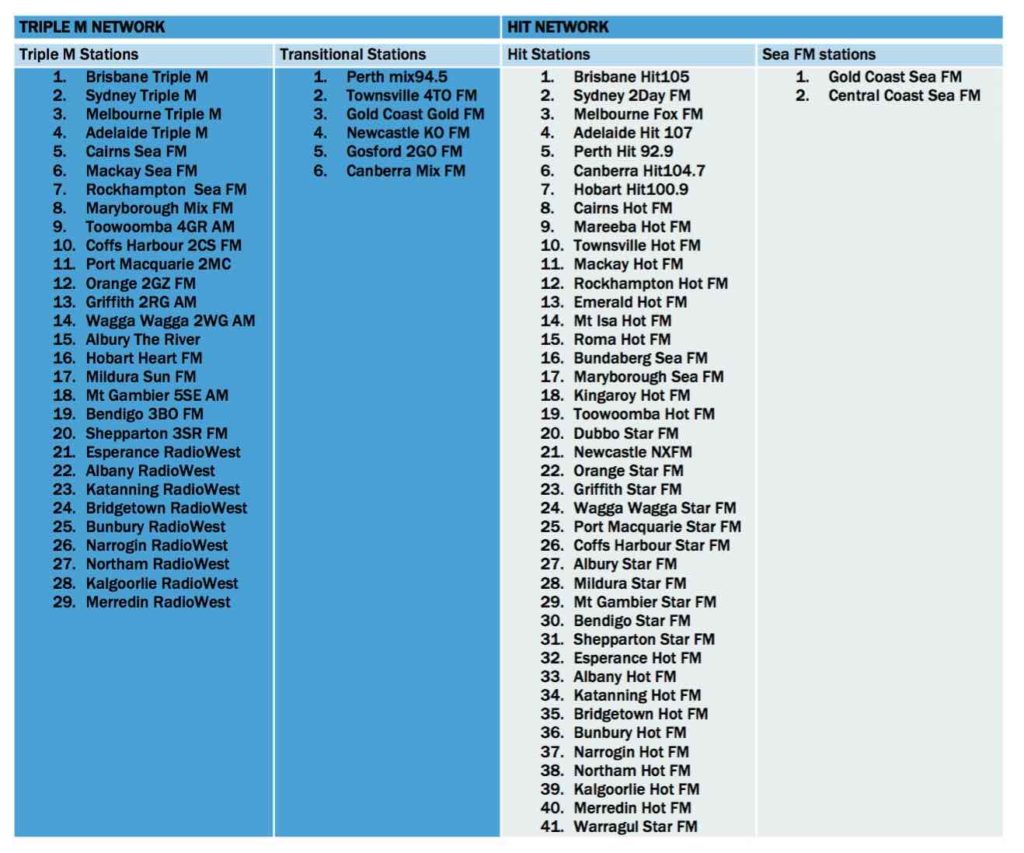