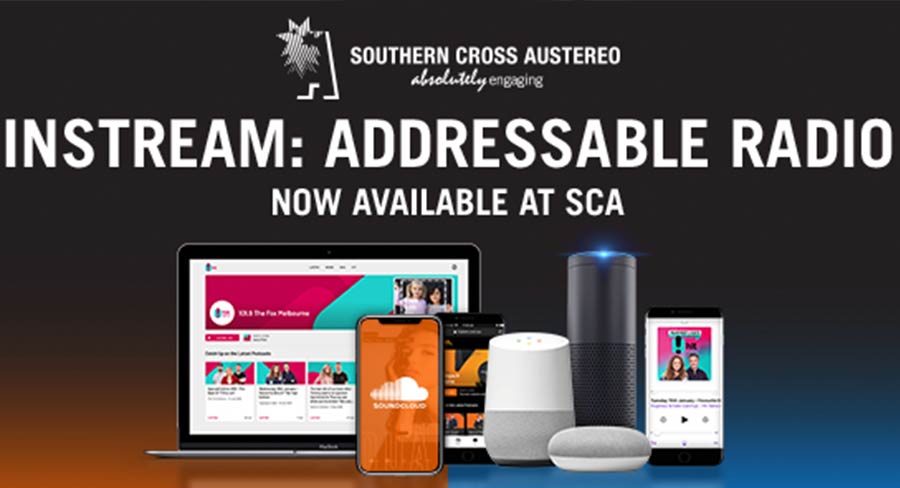 The broadcaster released these details:

The two will be used in tandem to offer clients addressable digital audio solutions with a combined commercial reach of over three million users in premium and brand safe environments, adding further depth to an already market-leading offering.

SCA’s chief sales officer Brian Gallagher said, “Audio platforms are proliferating and audio as a medium has never been more important in maximising reach of your target audience. This scaled development gives buyers the opportunity to rapidly gain reach of targeted consumers wherever they are. InStream represents the future of audio, available to advertisers now.”

SCA’s InStream product has been in the beta stage for a number of months to ensure that the technology and commercial offering are ready for both clients and listeners.

The digital audio market is seeing significant growth with the recent IAB Audio State of the Nation Survey stating that 84% of buyers intend to invest in Digital Streaming Audio in 2019.

As one of Australia’s leading media companies, SCA reaches 95% of the country with assets in television, radio, digital and podcasts. InStream enables clients all-new sophisticated access to the streaming audience, that chooses to listen through any internet connected device.