SBS PopAsia, The Feed and the broadcaster’s coverage of A-League will be carried over on to the new channel from SBS2.

The programming slate for Australia’s newest FTA channel, SBS Viceland, has been released ahead of the channel’s swtichover from SBS2 on 15 November 2016 at 4pm. All the programs will be available directly after broadcast to stream exclusively on SBS On Demand.

SBS Viceland will feature the best of SBS2’s much-loved local and international shows, alongside exclusive, original and award-nominated programming from Viceland cherry-picked and curated by SBS.

Weediquette is a show coming to SBS Viceland where Krishna Andavolu takes an in-depth look into the ethics of marijuana use and legalisation.

New SBS VICELAND programs premiering will explore contemporary global cultures including Michael K Williams’ examination of the world’s underworld economies in Black Market, Ellen Page and Ian Daniel’s Emmy-nominated exploration of LGBTQI cultures around the globe in Gaycation, Hailey Gates’ investigation into global fashion cultures and issues the industry often ignores in States of Undress, Krishna Andavolu’s in-depth look into the ethics of marijuana use and legalisation in Weediquette, an international culinary tour with rap artist Action Bronson in F*ck That’s Delicious, and a globe-trotting illustration of the relationship between sport and society in VICE World of Sports. 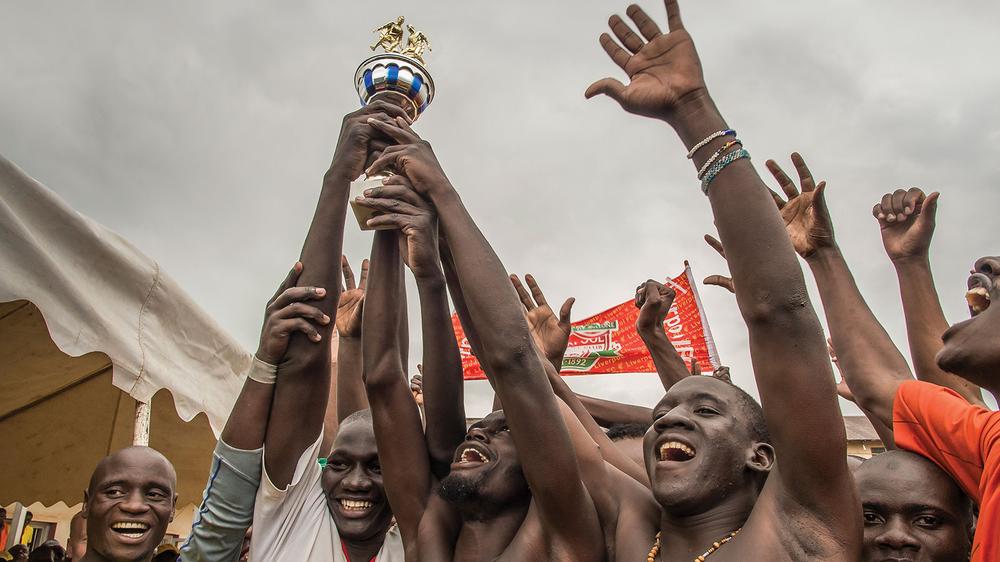 Vice World of Sports travels the globe to illustrate the relationship between sports and society in different parts of the world. PHOTO: Viceland

The programming from Vice will be featured alongside SBS2 shows including the award-winning Australian-made, nightly news, pop culture and technology program The Feed, along with the broadcaster’s coverage of the 2016-17 A-League season. 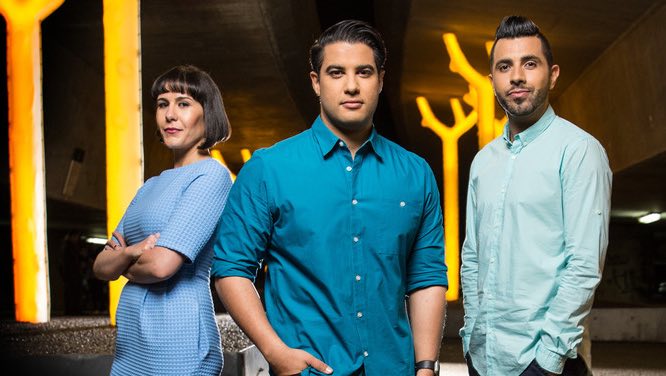 SBS2’s nightly news show The Feed, presented by Jeanette Francis, Marc Fennell and Patrick Abboud, will be carried over to SBS Viceland

SBS Viceland will also include SBS PopAsia which introduced the Asian pop phenomenon to wider Australian audiences on SBS in 2011. The cult hit Chinese dating program If You Are the One will continue to be aired on the new channel. 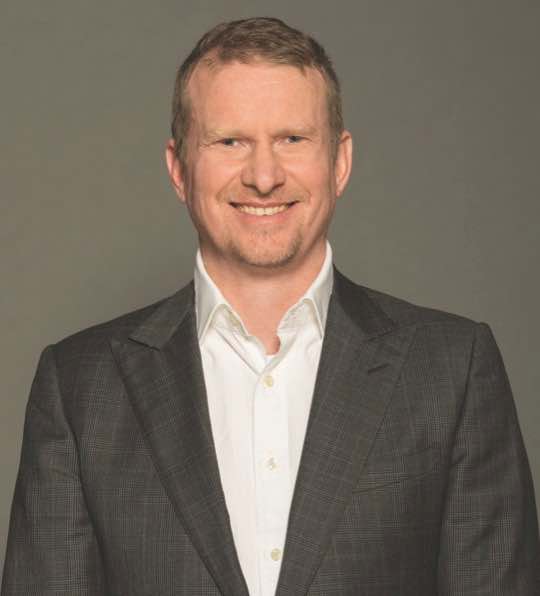 SBS director of television and online content Marshall Heald said: “SBS’s second digital channel has been the home of programs from around the world exploring youth and emerging cultures since SBS2 re-launched in 2013. Now SBS Viceland takes this to a new level with a truly cutting-edge, contemporary mix of local and international programs, made by young people, for young people, tackling the issues that matter to them today.

“Combining the much-loved shows of SBS 2 with the best of Viceland’s unique global programming never before seen in Australia, SBS Viceland will celebrate diversity in different ways, exposing people to new cultures and ideas, and helping young people understand the world in which we all exist. This is SBS unashamedly delivering on our purpose to provide multicultural and multilingual programs that inspire, inform and entertain, in a way that strongly connects to young Australians.”

Since launching in 2003, Vice Australia has been producing award-winning editorial and video programming for young Australian audiences, across a network of digital channels spanning news, culture, music, fashion, tech and sports.

Editorial highlights include a compelling documentary series covering the Indigenous experience of incarceration in Australia, a 2016 Federal Election podcast, which was hosted by comedian Aamer Rahman, and a video series across its food channel Munchies, The Creators Project, and the female-focussed Broadly. 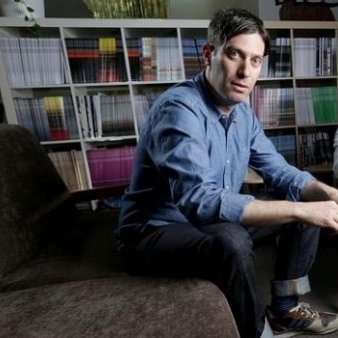 Vice Australia managing director Michael Slonim said: “For young Australians wanting to expand their world view and feed their curiosity about life, we hope SBS Viceland becomes an important cultural touchstone. The channel will be a place they can turn to for unique perspectives about so many of the things that they care about.”

SBS Viceland also presents an exciting opportunity for SBS and VICE to work together in the future to produce Australian programs for the channel.

Here’s what Australians can expect on SBS Viceland from 15 November:

Actor Michael K. Williams (The Wire, The Night Of) meets society’s outcasts, from poachers in South Africa to carjackers in New Jersey, heroin-addicted shoplifters in London to stick-up boys in Brooklyn, in an unflinching look into the lives of the people who work in underworld economies. Drawing on his own past living on the fringes, Williams gains unprecedented access into these worlds, treading a dangerous line to bring us a glimpse of lifestyles that many of us rarely see.

Actress Ellen Page (Juno, Inception) and her best friend, Ian Daniel, set off on a journey to explore LGBTQI cultures around the world. From Japan to Brazil, they discover the multiplicity of LGBTQI experiences through amazing people and their stories of struggle and triumph. From the threat of the rising far-right in Ukraine to the deep-rooted traditions of India, Ellen and Ian gain an understanding of how queer people navigate their identities around the globe in this Emmy-nominated program.

We are living in an age of radical transformation for the culture of marijuana. VICE correspondent Krishna Andavolu explores the world of weed by meeting people whose lives hang in the balance of a new pot paradigm. Krishna explores the ethics of marijuana use and legalisation, from those who say their lives have been improved by the drug to those who say they’ve been negatively impacted. Weediquette is a multi-faceted, diverse look at the plant that is sure to stimulate debate.

F*ck, That’s Delicious follows rap’s greatest bon vivant, Action Bronson as he travels the world meeting like-minded pleasure-seekers and eating his fair share of everything. Whether working his way through tagines in Morocco, paella in Barcelona, Italian in Melbourne, or Vietnamese food in Cabramatta, Action shows us that life is to be enjoyed as much as possible.

VICE News Tonight brings an indispensable alternative source of international news to viewers, breaking major stories with its unique brand of intrepid, investigative journalism and hard-hitting storytelling. Airs weeknights at 7pm on SBS VICELAND, fast tracked from the US.

Former model Hailey Gates explores global fashion and issues the industry often ignores, showing us what the world wears, and why. Hayley travels to Palestine where fashion week is offering some women freedom of self-expression, Pakistan and Venezuela where expression through clothing is highly dangerous, and Russia where sanctions make it difficult for western fashion supply to meet demand, among other destinations.

Cut-off is a special documentary on struggle and hope for youth in remote Canadian Indigenous communities. It’s about Indigenous youth facing each day with resilience, coping amid states of emergency over suicide epidemics, a lack of access to clean water and infrastructure breakdown. The documentary follows Canadian Prime Minister Justin Trudeau’s exclusive visit to an isolated reserve.

There are over seven billion lives happening on earth right now, and most are pretty interesting. To find out what humanity’s deal is, Thomas Morton hangs out with different groups of people and gives their lives a try, whether it’s living with a Muslim family fasting for the holy month of Ramadan, or living off some of the least live-off-able land on earth with the Eskimos and Innuit of Northern Alaska.

VICE World of Sports chronicles unique stories from around the world that illustrate the relationship between sport and society. Host Selema Masekela travels to places such as Ghana, Cuba, and Kenya, among many others, to tell compelling stories that explore broad cultures, politics, places and people through the one thing connects them all: sport.

Ben Makuch travels the world to meet with hackers, government officials, and dissidents to investigate the ecosystem of cyberwarfare. Ben delves deep into the NSA’s elite hacking force and asks who their targets are; tackles Iran’s ramped up cyber war offensive; explores Syria’s cyber battlefields; examines China’s multiple hacking attacks from Google to the US government, and much more.

Dead Set on Life is a culinary travel show from the mind of Matty Matheson: a boisterously warm Canadian chef. Matty explores the diverse culinary offering of his native country, including Toronto’s multicultural melting pot, Winnipeg’s Filipino smorgasbord, and the traditional food of the First Nations people Portage La Prairie.

King of the Road

Thrasher’s legendary competition-come-road trip which sees the world’s best skatebaording teams duke it out on the gnarliest stairs, ramps and slabs of skateable concrete.

A first-hand look into the cultures and artists behind some of the world’s most compelling music, with each episode focusing on a different global scene.

The programs that will be carried on the channel from SBS2, include:

SBS PopAsia is Australia’s number one stop for Asian pop. Hosted by Andy Trieu, the show features the hottest hits from across Asia including the very best K-Pop, J-Pop and C-pop every Sunday morning.

The weekly Friday night A-League match coverage will be once again hosted by Socceroo and former A-League Champion David Zdrilic along with chief football analyst, Socceroo Craig Foster. Match commentary each week will be provided by David Basheer and former Premier League star Michael Bridges. Reporter Lucy Zelic will be pitch side at each match with player and coach interviews as well as updates throughout the night. The Hyundai A-League is currently live and free on Fridays, 7.30pm (AEDT) on SBS 2.

If You Are the One

A worldwide cultural phenomenon – with particularly obsessive fan base in Australia – If You Are The One is a popular and addictive Chinese dating show.

In the coming months, SBS Viceland will bring more contemporary programming including the Emmy-nominated Woman, in which feminist icon Gloria Steinem guides us to the women who are shaping not just their own future, with spotlights on Colombia, Zambia, DRC, Canada, El Salvador, USA, Pakistan; The New York Times bestseller Eddie Huang’s culinary adventures in Huang’s World; Grace Neutral’s exploration of global tattoo culture in Needles & Pins; Vice co-founder Suroosh Alvi’s travels around the world to investigate the origins and impact of the world’s deadliest terrorist organisations in Terror, and many more.