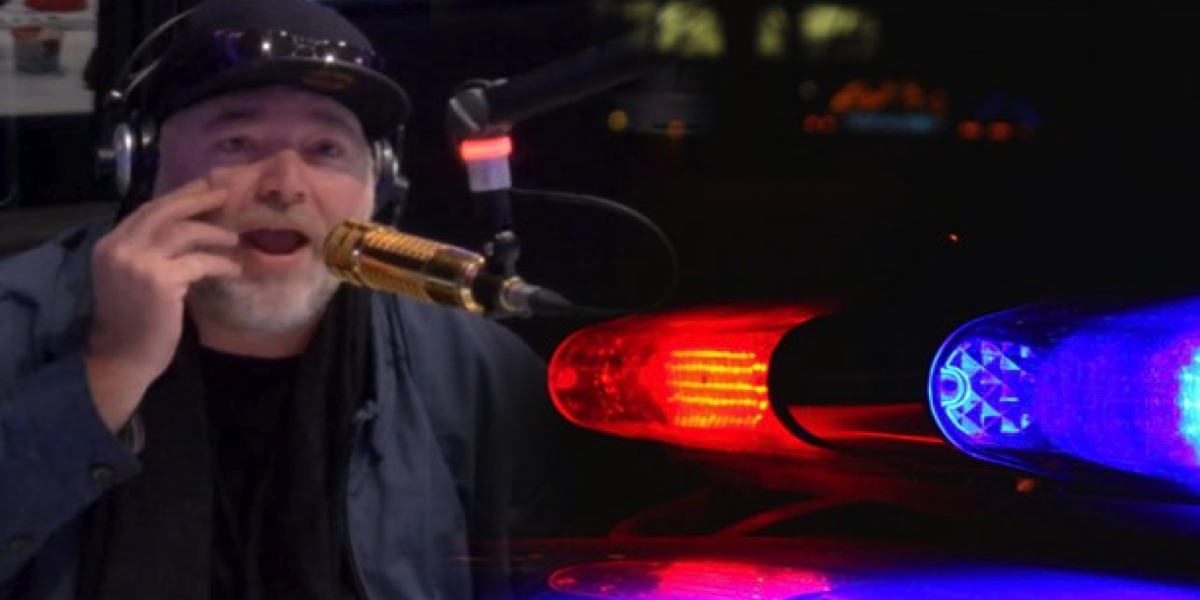 KIIS 1065 brakfast cohost Kyle Sandilands was stopped by police on his way to work this morning, not appearing on air until just after 6.30am.

A run-in with the law meant that Kyle Sandilands was late for work at KIIS 1065 this morning, not appearing on air until just after 6.30am. When he arrived in the studio he revealed on-air that he was pulled over by a NSW Highway Patrol police officer around 5.30am as the co-host of The Kyle and Jackie O Show was making his way toward North Ryde. “ I was chatting to a friend on the phone… don’t flash the light [the censor] at me, I know the law! I was on loud speaker, then I saw the red and blue lights,” Sandilands told co-host Jackie O on air when he made it to the studio.

“The cop came up said ‘Sorry Sir, you’re doing 84 in a 60 zone.’ I thought that was highly unlikely, given the weather. I asked to see the radar, which I read in The Telegraph the other day as one of the things to say to get out of a ticket. So I said ‘Show me the radar’. He said he was following me and looking at the odometer. I told him that we’d go to court and it would get thrown out because he didn’t have the radar up. I thought I had one up on him, I’ve got my foot on his neck! He goes back to his car to check and I’m laughing and laughing, then he comes back and goes ‘Sorry Mr Sandilands, it appears that your car is also unregistered’. I got pumped!”

Sandilands’ own practice of making the officer stand in the rain as he got his license out came back to bite him. “I told him it was raining and cold and I had to get to work, and he said ‘Have a nice day, Mr Sandilands’. As he was driving away, I’m I could hear him listening to Fitzy and Wippa, the dirty Nova rat!”  Producer Wednesday had to go and rescue Sandilands, who concluded his segment by lamenting “I got rain drops on me! It’s just another start to a terrible Friday!”