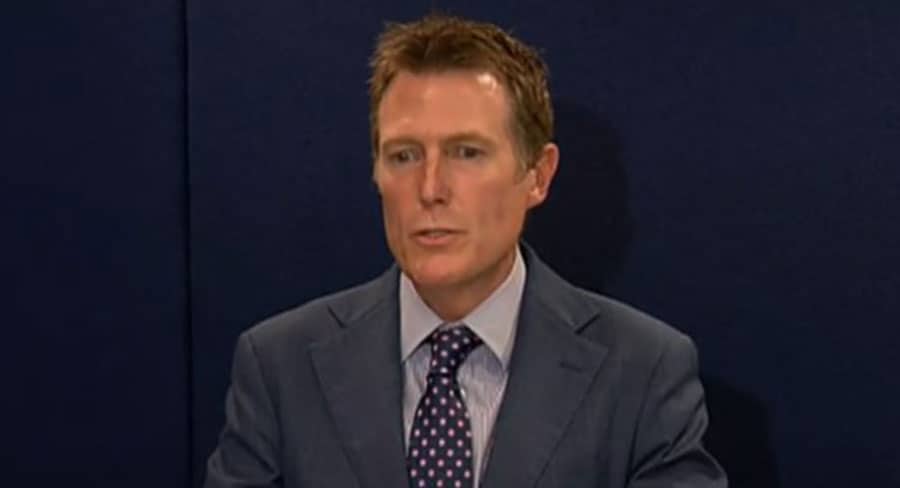 Plus ABC and Seven continues to fight Cricket Australia

The agreement with Facebook involves News Corp Australia and includes The Australian, news.com.au, major metropolitan mastheads like The Daily Telegraph in New South Wales, Herald Sun in Victoria and The Courier-Mail in Queensland as well as regional and community publications.

Sky News Australia has also reached a new agreement with Facebook which extends and significantly builds on an existing arrangement.

Netflix may find out soon just how many of its viewers will agree to pay to use its services, reports Bloomberg‘s Ryan Vlastelica.

The video-streaming giant announced last week it is taking a firmer stance against people sharing account passwords, testing a feature that prompts non-paying viewers to buy a subscription. A Netflix spokesperson wrote that the test was “designed to help ensure that people using Netflix accounts are authorised to do so.”

A key question for Wall Street is how many will become paying users. While several analysts are confident that most won’t want to give up access to shows like Bridgerton or The Queen’s Gambit, the question brings uncertainty at a time when rival services are adding millions of subscribers.

The broadcaster is currently negotiating with Facebook over payment for its content, as is News Corp Australia and Nine Entertainment, after the social media giant restored news to its platform late last month.

But Anderson, in a speech at La Trobe University on Monday, said the temporary Facebook news ban was a “clear reminder that Australia needs to be vigilant in the protection of the free and unfettered access to the public interest journalism that underpins our democracy”.

Christian Porter has launched defamation action in relation to an online ABC article that did not name him but which he says still identified him as a rapist and “gravely injured” his reputation, reports News Corp’s Nicola Berkovic.

He has drawn on the ABC’s coverage since November last year — when Four Corners made allegations that he was a sexist and misogynist — to pursue his case.

The Attorney-General publicly outed himself on March 3 as the “senior cabinet minister” alleged to have raped a 16-year-old in Sydney in 1988 — but denied he had ever had sex with the woman, who took her own life last year.

The statement of claim says that even before that, readers would have identified him as the minister at the centre of the rape allegations. An earlier Four Corners report from November 9, which alleged he had a history of sexism and inappropriate behaviour towards women, would have allowed readers to connect him with the February 26 article.

It was the only path Christian Porter could take for any chance of political salvation after being crucified by the ABC over an unsigned, unsworn historic rape allegation that his accuser had withdrawn from police before ­taking her own life, writes News Corp’s Sharri Markson.

The issue was then pursued with vigour by Porter’s political enemies and the woman’s so-called friends. Figures from her debating days, whom she had not seen in three decades until shortly before she died, thrust her allegations into the public domain without her permission.

As Malcolm Turnbull stepped into the fray, calling for the then anonymous minister to out himself, it was clear those with bitter political grievances against the ­Attorney-General had seized on the unreliable testimony of a woman tragically suffering mental illness to strike at Porter.

Barr this morning called in to KIIS FM to defend herself after Kyle Sandilands earlier suggested she was the wrong woman for the job.

“I think you stuck up for me Jackie, thank you.

“Sorry Kyle, I actually have not met you in person but maybe if you met me in person you would see that I’m not that cold.”

Sandilands then asked: “Well you’re just reading the news when I’ve seen you so I don’t know your personality. Are you worried that people will start judging you on your personality not just great news reading skills?”

Barr replied: “Well I wasn’t until now, until you piped up … the other thing is you forget that I’ve actually done this a lot. Sam unfortunately had a lot of time off because of all these personal reasons last year so I’ve actually done it a lot.”

Lawyers have fired the first shots in a court battle between Cricket Australia and Seven West over the broadcast deal for the summer game schedule, reports News Corp’s David Ross.

The pre-discovery hearing on Monday saw Seven’s lawyers seeking access to documents and correspondence between Cricket Australia, its staff and outside parties.

The broadcaster is claiming changes to the timing of one-day matches and Big Bash games diminished the “quality” of the cricket material bought by the broadcaster.