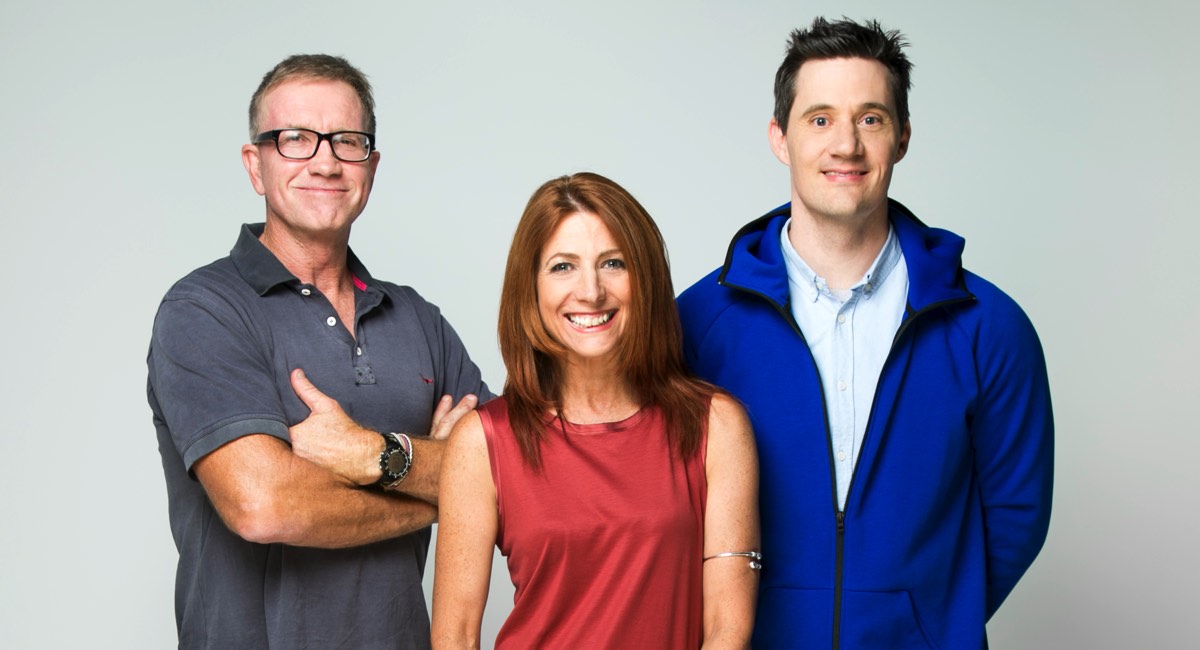 Brisbane broadcaster Robin Bailey was keen to get back on air at Triple M after being dropped from 97.3 close to the end of last year. She started as the new member of the Marto, Ed and Robin breakfast show this week alongside Greg Martin and Ed Kavalee.

Speaking to Mediaweek the day before the new show launched on Triple M Brisbane she noted: “I’ve had two months over the summer between my last job and this one. Now I know where I am going and what I am doing.”

Monday January 23 was a big day on two fronts – a new show for Bailey and the first day of high school for her youngest son.

Contractually Bailey has not been able to work on her new show with Triple M until January 23, but she said: “Marto has been doing radio as long as I have and Ed is such a seasoned professional. There is a level of understanding between us and a professional respect between us.”

If any 97.3 listeners make the move to Triple M Brisbane next week, Bailey said they will notice the difference. “It will be a very different show, but I am still who I am and I don’t change the things I care about. I will be in a very different place, but that is what is truly exciting for me. To be working with different guys who have different things they care about and for me to join them will be exciting.

“I spent 10 years learning how to talk to a predominantly female audience and I am very intrigued professionally to learn how to do that for more of a male audience.”

Bailey and Triple M will welcome any increase in their female audience with open arms, said Bailey.

Bailey hasn’t had a lot to do with either announcer in the past. “Marto is not the greatest social butterfly. You won’t see him at many first nights or openings and I haven’t covered much rugby in my time!” [Laughs]

One thing sure to get a mention at some stage in the new show is the fact that one of Bailey’s close friends used to share a house with Marto’s wife before they were married.

Bailey explains her recipe for a good radio show after 25 years in the business: “The bottom line is not whether the team is the same or different. It is about a mutual respect. If everyone is trying to go in the same direction with the same amount of enthusiasm you will make it work. It is only when ego and fear become involved that it gets a lot more difficult. I think I can say categorically there will be none of that at Triple M. They all seem super excited about what we can do and how we can do it…and genuinely curious about how we are going to perform together.”

When asked how she felt now about her departure from ARN and if that view had changed in the past two months, Bailey admitted it was too soon. “I will forever look back on those 10 years as some of the most amazing times. I will always see that as a place that was really special. The honest answer though is that I am still not far enough away from it to give you any more.

“I want to eventually to be able to look back and think about not how it ended, but what it meant to me during the time I was there.”

As to fond memories about her ARN colleagues at 97.3, Bailey said: “Some of those people, sadly not all, will forever be lifelong friends. I am hellbent on being positive about the whole thing – I don’t want to tarnish the memories for myself.”

Bailey’s attitude and understanding about herself and the workplace seem to be helping her come to grips with what happened last year.

“I am a radio beast…it’s how I started and it’s what I do. I have done TV at times over the years but I have consistently done radio because that’s what I love.

“I love the fact you can talk to people immediately and can connect with another person in a way that TV and newspapers can’t. Even online can’t. You can’t recreate the small nuances of someone talking to you on any other medium. Great programs are the ones that connect to people via comedy or talkback.”

Bailey signed on with Brad March, her former CEO during some of her years with Austereo, as her manager last year. “There have been lots of rumours about how all that unfolded,” Bailey told Mediaweek. “What I will say is that I have had, and continue to have, a great relationship with Brad. At every point in this process he has had my best interests at heart which is all that I can ask. The fact that none of us anticipated how it would play out is irrelevant.

“This industry can be an absolute beast and terrible things can happen. It’s not right, but it is how it is. It is about how you operate as a human…who you are, not what you do. Brad has always been fantastic with that. A lot of people have had my back and he was one of them.”

Bailey is adamant that she and her management didn’t do anything wrong prior to her ARN departure. “It can depend who you are asking though – you might get something different from others!”

As to specific questions about what might have triggered ARN’s decision not to renew her contract, Bailey remains tight-lipped. “I could say a whole pile of stuff, but I am not going there. For a couple of reasons – I don’t think it is wise to pull up lots of old crap and I have moved on and so have they. I wish them the world of luck.

“I believe things happen for a reason. I’m in a great space now and although I wouldn’t have necessarily chosen to go on this journey I am kind of glad I did.”

When asked about who she will miss most from her days at 97.3, Bailey replied: “I would have said our producer Ruth DeGlas, but she was let go recently.”

Bailey doesn’t think she will ever speak about her former show or the station split on her new show. “What’s the point?” she asked. “It’s like when a marriage ends you want to remember all the good things. I have moved on and I genuinely, hand on heart, wish [97.3] all the luck in the world and I don’t say that facetiously.”