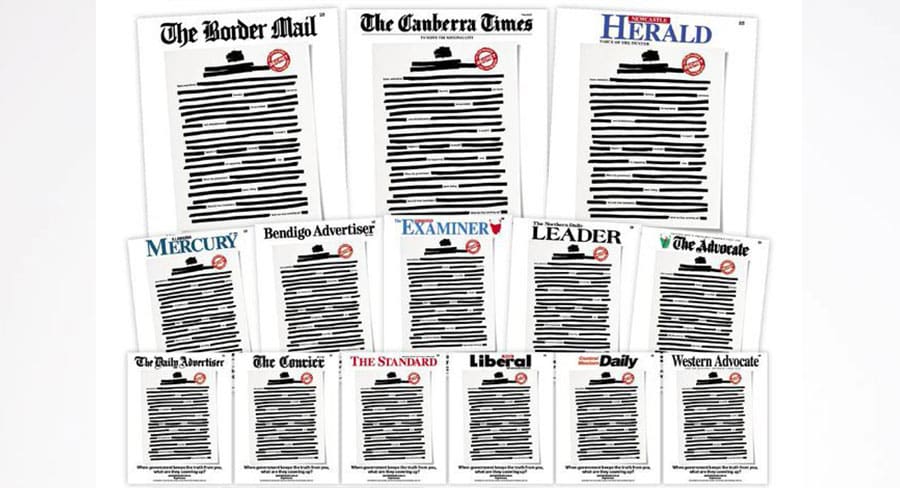 • The campaign is not just for journalists

Right To Know takes over newspaper front covers across Australia

Media companies launched the Right To Know campaign in TV ads on Sunday night. Radio ads are also part of the campaign which also includes front pages of newspapers today from all publishers. 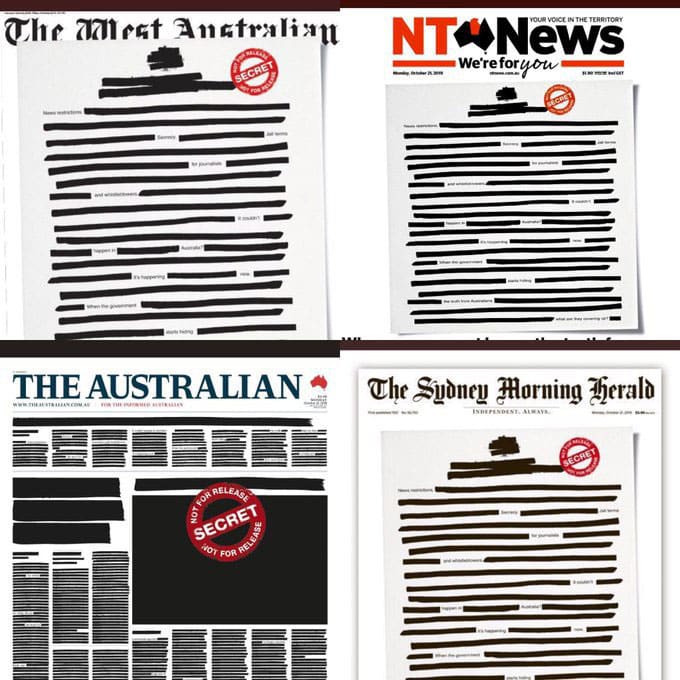 For years, governments, courts and public authorities have been building a great wall to keep much of what they do a secret and using legislation to make it a criminal offence for media to tell you.

In fact, at least 75 pieces of legislation introduced since 2001 have created roadblocks to stop you finding out what’s going on in this country.

This is why every major media company in Australia has come together this Monday to launch a campaign for your right to know.

I urge all Australians to visit the website yourrighttoknow.com.au to read a litany of issues the government is keeping secret.

‘Right to know’ campaign not just for journalists

The Herald, along with most other Australian newsrooms, is today launching an unprecedented campaign for greater press freedom, says an editorial in The Sydney Morning Herald.

Devoting so much space in our newspaper and website to the Your Right to Know campaign is not a decision we take lightly. There are any number of critical economic, environmental and social policies our journalists will continue to cover. We are not suggesting press freedom is an issue that trumps, say, our government’s response to climate change.

Nor do we dismiss reader scepticism about a campaign by the media that seeks to change some of the laws that govern the conduct of journalists, even though we argue these changes would make it easier for us to obtain information in the public interest and protect sources. This masthead is not above scrutiny any more than the institutions or individuals it has written about for the past 185 years.

The nation’s media companies have censored their own front pages in a united call for greater media freedom following a sustained attack on the rights of journalists to hold governments to account and report the truth to the Australian public, reports The Australian’s Leo Shanahan.

Spurred by an AFP raid on the home of News Corp journalist Annika Smethurst on June 4 and another raid targeting journalists at the ABC headquarters a day later, more than a dozen of the nation’s top mastheads, TV and radio stations, and websites have taken the unprecedented act of protest against increasing restrictions on the freedom of the press.

The Your Right to Know campaign will be accompanied by radio and television advertising across the country asking the public: “When the government hides the truth from you, what are they covering up?”