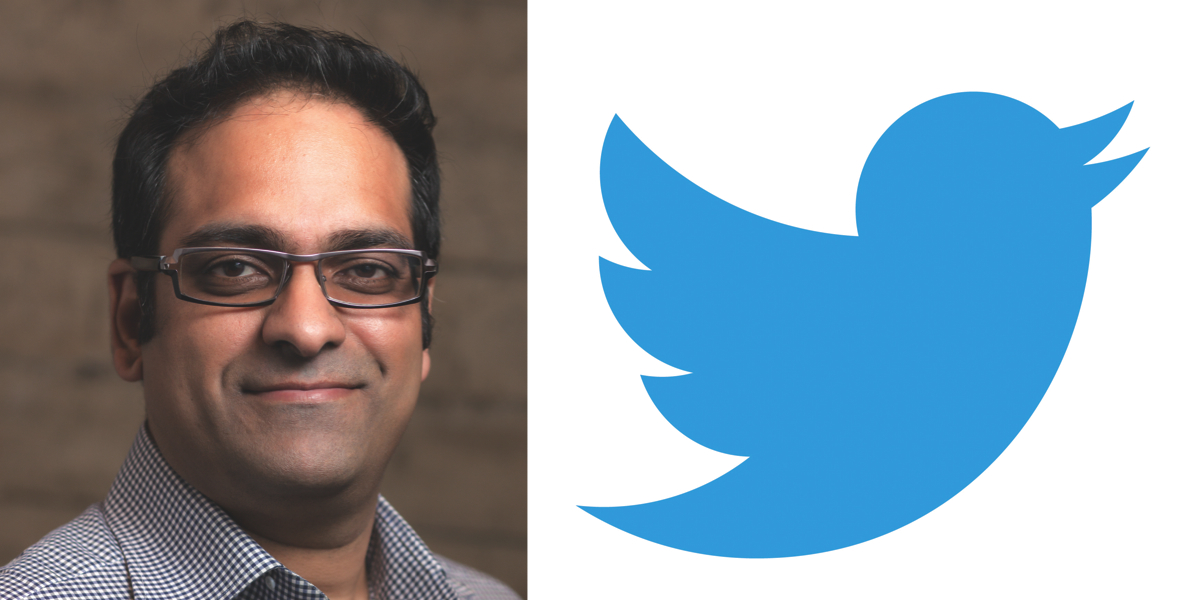 The executive charged with covering international markets outside of Europe and the US visited Sydney last week to meet with advertisers and explain the latest enhancements to the Twitter offering. Shailesh Rao is the Twitter vice president of Asia Pacific, Latin America and emerging markets.

Based in Singapore, Rao told Mediaweek his major responsibility is to oversee the commercial operations for Twitter. “Australia is part of that, and a very important part of it.”

He explained Australia adopts new technologies quickly, and it was quick on the uptake with Twitter after it launched on March 21, 2006. “You have over 80% smartphone penetration, very high internet penetration and in general lots in innovation.

“There is also a very established media environment and a rich history of advertising agencies and large brands who work on traditional and digital media. Overall this is a market where we want to be successful. We think we can grow our revenue and build a very meaningful business here. We feel there are a number of partners who will innovate and experiment with us.”

Rao noted the Australian media uses Twitter heavily in content whether it be on screen during TV shows or in articles quoting comments posted on the social media platform.

“When things happen in the world, conversations start on Twitter. There is nothing that is a bigger part of people’s daily lives than what is happening on television.”

Twitter also likes this market because of the Twitter participation rate. “Australia brings a lot of passion to Twitter and it is a platform that allows for discussion of people’s passions. Whether it is sports, politics or television.” Rao quoted recent big social media audiences for the AFL and the Cricket World Cup. The #auspol hash tag attracts over 1m Tweets regularly every month, with Rao noting the highest trending topic in Australia in 2014 was politics.

As to the size of the Twitter audience, Rao said they are working to continue growth. “We already have a vibrant business in Australia and work with advertisers to authentically participate in conversations here where content about their services can be delivered in a relevant and authentic way.

“Twenty-three out of the 25 largest advertisers advertise actively on Twitter. We have five or six always on who use Twitter as a mission critical platform.” Rao quoted Optus as one of the people who do good work on the platform. “They ran an amazing campaign revealing their partnership with Netflix using Ricky Gervais. That had phenomenal engagement from the audience.

“We have also been used by Seek where they encourage people to convert their CVs into 140 characters and then Seek would match that to available jobs and Tweet those back to that person. The engagement rate on that was also very high. Seek was not only promoting their service, but creating value for their audience.”

As to the importance of images and video in the Twitter stream, Rao explained the company works with users to make sure they get the most out of the platform. “The innovations like Vine and Periscope are just scratching the surface in terms of what is possible in delivering meaningful experience to users. Twitter is just no longer 140 characters of text. Video is a really important area for us and we are investing a lot. We want mobile video that is social and engaging to be something that people can take advantage of when they use Twitter.”

Rao has already used the word “authentic” a couple of times in the interview. When asked about his special message to advertisers about what advertising works on Twitter, he repeats it again: “You have to be authentic. Brands have to focus on delivering a message that is relevant to their audience. It’s not about gimmicks, it’s not about promotion, it’s about what is going to create value for the audience.”

The Twitter mandate is growth, Rao told us. “We are the fastest growing billion dollar digital media company in the world. Asia Pacific is the fast-growing user base of any region in the world and the largest user base. I measure the success of Australia and the rest of the region as to how fast we can grow revenue. Although we have done lots of good work in Australia, there is so much more we can do.

“Most of my time is spent helping brands and agencies answer the question, ‘How do I get the most out of Twitter?’ Over the next couple of years you will see Twitter’s use in Australia really blossom. Not only does it allow brands to engage with audiences in a fundamentally different way, it also works. Over the last four years globally our engagement rate for promoted Tweets has been 3-4%.

When asked about how closely Twitter is involved in the management of the platform, Rao said “the platform is for our users”. But it is not open slather. “We want our users to be able to express themselves. What we try to do is make sure we create an environment that facilitates that. We are not terribly heavy handed. There are however very strict terms and conditions that govern proper behaviour on the platform. People need to behave in a certain way. While we want the users to govern the course of conversation, there are clear parameters that are permissible.”[/blockquote]

[blockquote style=”3″]Mediaweek podcast
Hear our complete interview with Shailesh Rao during his Sydney visit which includes details of how advertisers can double their reach by combing Twitter and the MoPub platform, the world’s largest mobile ad server. He also details why Twitter will become a regular part of TV campaigns. Listen to the podcast online or download on iTunes.[/blockquote]