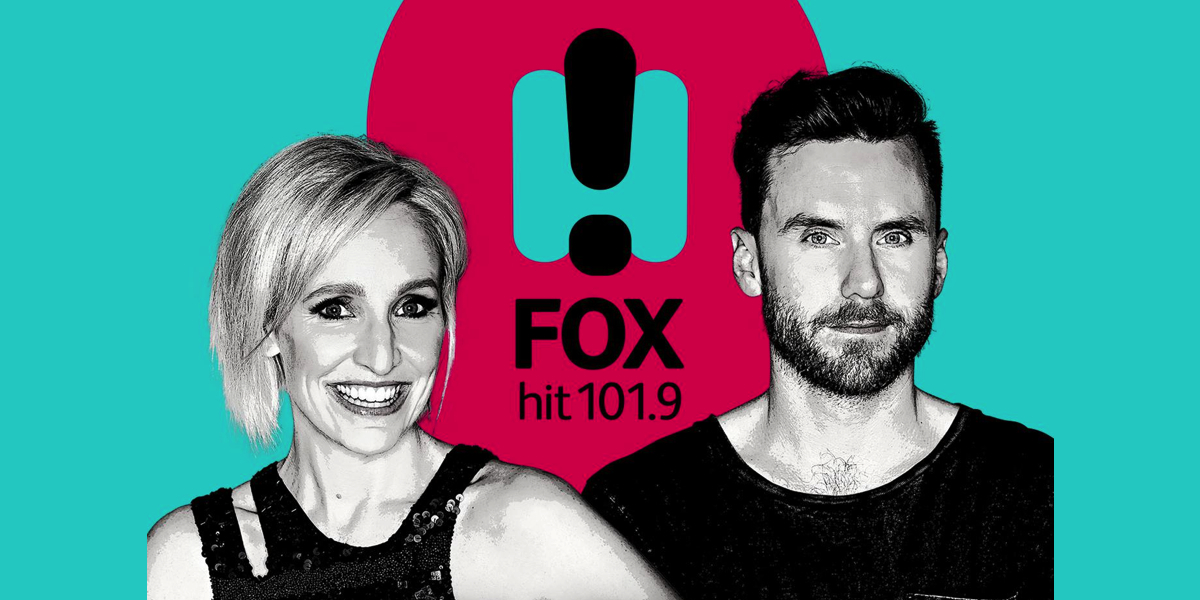 In a world of diminishing television ratings, smaller circulation and readership figures and flat radio audiences, a brand’s social media presence has never been more important. Facebook Performance Report, Online Circle Digital’s latest quarterly report into Facebook engagement by brands, reveals that the most popular by conventional metrics are not always the most successful online. ABC News, Men’s Health Magazine, Girlfriend Magazine and Bride to Be Magazine have collected the most overall likes, although the brands’ engagement is not as high as others.

The report’s Top 30 Facebook pages by engagement for first quarter 2015 is topped by Melbourne’s Fifi and Dave – closely followed by Sydney’s 2Day FM, which is struggling in the more conventional metric of radio ratings. Other somewhat surprising media players in that list include SCA’s regional Mackay station Hot FM, Western Sydney’s urban station The Edge 96.1, indie parenting site Babyology and Pacific’s teen title Girlfriend. As the presence of 12 radio brands in the Top 30 brands by engagement might suggest, radio was by far the most engaging category on Facebook for Q1 this year.

Lucio Ribeiro, Online Circle’s head of strategy and delivery and co-founder, told Mediaweek that radio was so successful in its digital extensions because the industry understands the need for consumers to engage via multiple devices. “If you look at the report at the top performers as far as engagement goes, it’s pretty much just media at the top. First is radio, then magazines and newspapers and then television shows. In terms of engagement, the category of media is the one that has absolutely nailed Facebook.

“There are a few reasons – the most important is that they have nailed the multiple devices and they really encourage real-time engagement. They actively engage with their consumers, most of whom are multitasking, and they encourage consumers to engage with them across all devices. When you watch a television show or listen to the radio, they suggest you go to Facebook and leave a message, write a tweet, share with a friend. The brands doing really well see social as an amplification channel for their own content. It’s interesting – when you listen to the radio or watch television, you can see them developing a theme, then provide social as an extension of that theme. They really understand the 24-hour primetime concept – there is no primetime on social because it’s always on,” he continued.

As to advice for brands to succeed on Facebook, Ribeiro said content and timing were key. “The first thing is content that makes you feel something emotionally charged – happiness, sadness or something in between. The second thing that brands in Australia have to be is mobile first. You don’t develop content for desktop and then put it on the mobile. It has to be the other way around. The right place is equally important to brands – I’ve been hearing more and more conversations around marketers wanting to confine their advertising to Facebook.”

When asked to pinpoint the differences between this survey and last quarters, he noted the increased prevalence of video as being one key point. “Video is one of the biggest differences between this and the last report – it’s just exploded. Thinking about user behaviour in Australia, it’s become much more mobile and video focused thanks to the prevalence of dual screening. I’ll be watching television and dual screening, or shopping and dual screening – over 75% of Facebook’s users are aged 25-44, and that’s the biggest dual screening demographic. If you think in terms of media exposure, that’s the screen that people want to be on. Dual screening, video and content that makes you feel something – that’s what will separate the best brands. This survey has affirmed to me that there are forms of media that are completely stagnant, being television and radio.”

As to future issues, Ribeiro pinpointed the complexity of Facebook’s suite of advertising products. “Every single day, Facebook is launching a new ad format or an ability to target even more. Facebook has elevated itself from being a social channel to a media channel. In the future, you will see less conversation around ‘How many fans do you have’ – everything is going to be elevated to a very professional level. This year, the discussion about having a business case on Facebook will be gone because it’s a given. For an organisation, the abilty to measure everything and target and scale is great,” he added.

Asked why the quarterly Facebook reports were commissioned, Riberio said there was previously no benchmark. “We wanted to check out the different brands in Australia and generate an understanding of how they’re performing. It’s become the default Facebook benchmark in Australia.” 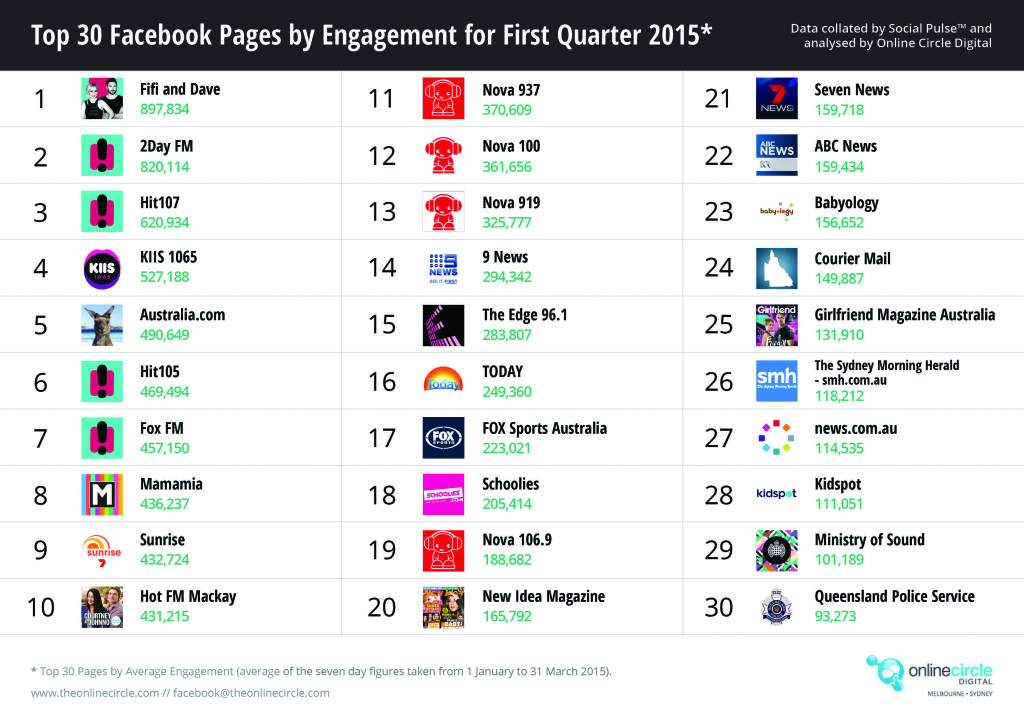 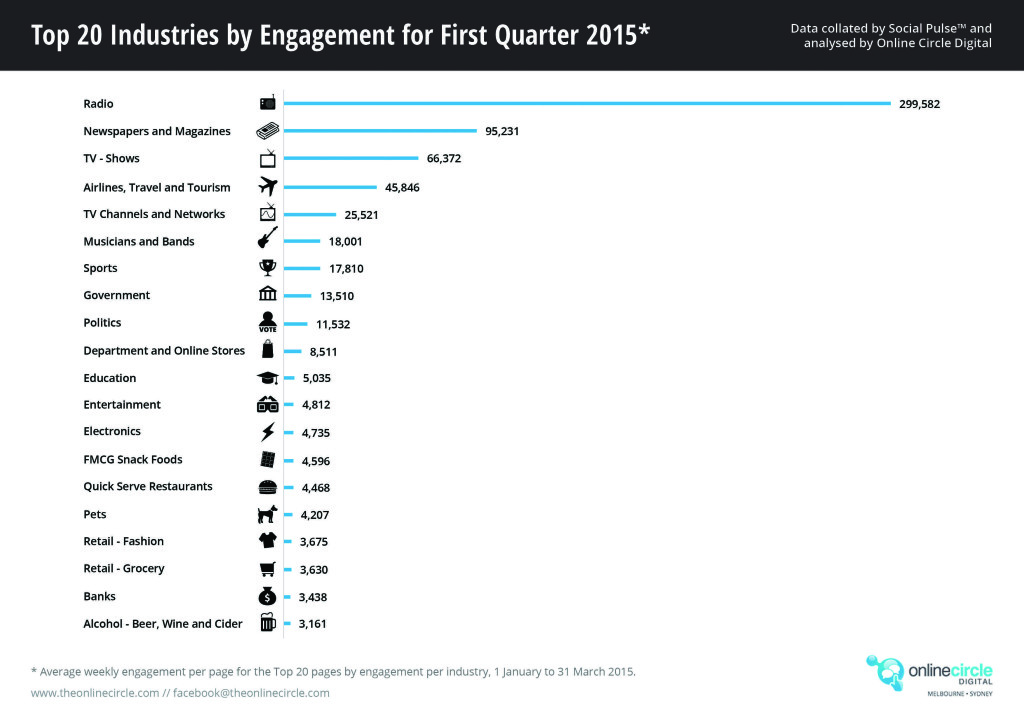