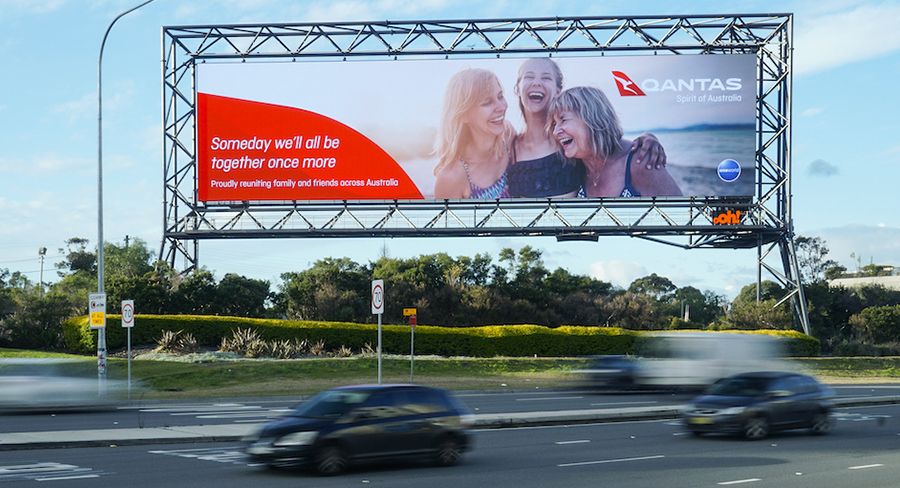 • Located on Joyce Drive and affectionately known as The King

Located on Joyce Drive and affectionately known as The King, the unmissable 400sqm billboard is now one of the largest digital airport advertising screens in the southern hemisphere and strategically located at the gateway to Sydney.

The King boosts oOh!’s digital airport and roadside billboard offering, adding to a premium portfolio that includes Big Mortey at Brisbane Airport as well as two super-sized billboards on the approach to Melbourne Airport, known as The Twins.

Targeting people heading to the city from the airport, The King has one of the highest audience reaches in Australia, in both number and high-value terms. Its upgrade has also been enhanced by the digitisation of The Prince, a 67sqm portrait-style billboard welcoming travellers coming into the airport, complementing the Melbourne, Brisbane and Adelaide airport external digital network.

“The King targets both the premium high-value airport audience as well as the high-volume road market, which makes it a superior asset that will form an essential part of leading out-of-home campaigns.

“Iconic and irreplaceable sites like this are few and far between – and digitisation gives brands a great opportunity to leverage this unique and sought-after space.”

Qantas took the opportunity to utilise The King exclusively during its first week of digital life, and more advertisers are set to follow on a billboard that has been a regular choice for Australia’s national airline and major luxury brands for many years.