Summer holidays have started across the country for many commercial and ABC programs.

2GB and 4BC breakfast host Alan Jones has been off air since Tuesday this week. The rest of the Macquarie Media breakfast shows – Ross and John and 3AW and Steve and Baz at 6PR – have another week to go on air.

In Melbourne, the market-leading FM breakfast show Jo and Lehmo wrapped for good a couple of weeks ago. At Triple M’s The Hot Breakfast, executive producer Jay Mueller worked on his last show amid tributes from the team Eddie, Luke, Wil and Rosie. The show was holding a barbecue party and went well after 9am this morning.

At Fox FM Fifi, Fev and Byron gave away $10,000 and Fev played some John Farnham. 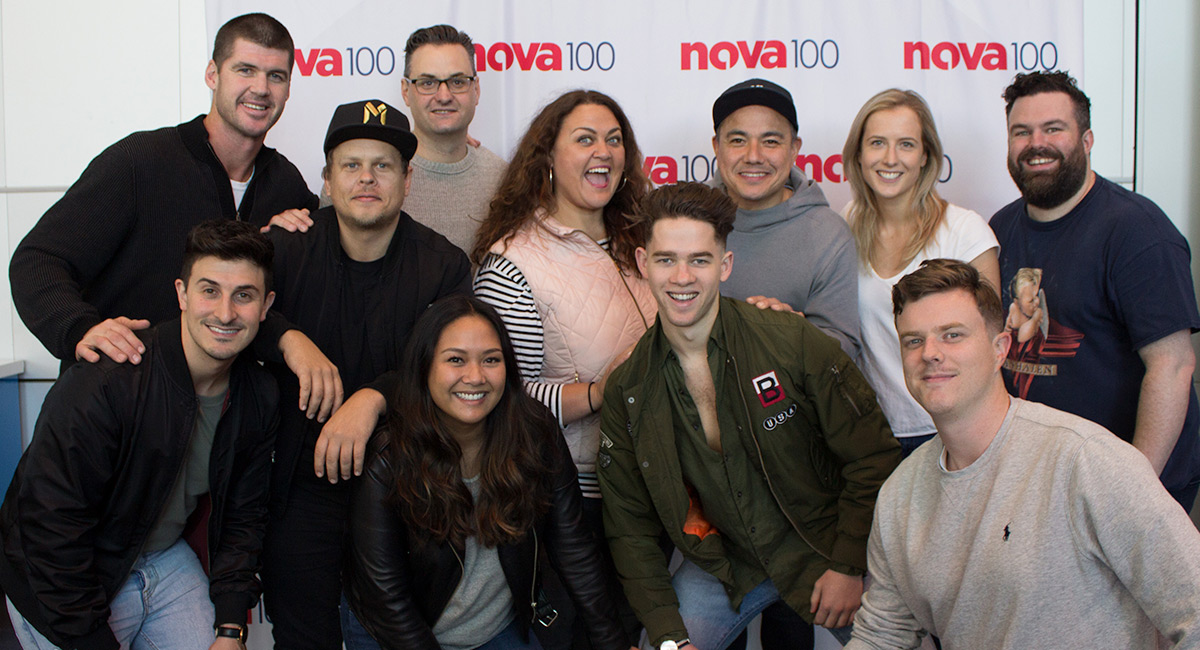 The Chrissie, Sam and Browny team

Nova 100’s Chrissie, Sam and Browny broadcast their final program from Federation Square where guests included Tom Gleisner and Tony Martin. The hosts also gave away a car to one listener this week.

Meanwhile Nova has announced Greg Burns will be hosting a networked summer breakfast show in Sydney, Melbourne and Adelaide for Monday December 11.

Summer breakfast with Greg Burns will be heard from December 11-15 from 6am to 9am, returning for three weeks after Christmas from January 2-19 from 7am. In Sydney Kyle and Jackie O had a special Christmas program that featured an appearance of Father Christmas. The show started with the hosts lamenting the fact they couldn’t do another week. The team didn’t seem to share that enthusiasm. Meanwhile Jackie’s Christmas Wrapping Facebook video has notched up over 5m views and is still trending with the numbers expected to jump close to 10m by the time momentum slows. At the time of writing this morning after 10am, the duo were still on air with their last show of 2017. Kyle will be back on air briefly on New Year’s Eve on KIIS.

At ABC Sydney, Robbie Buck wrapped his solo slot and will return next year on a new program hosted by Wendy Harmer.

At 2Day FM, Em Rusciano wrapped her program a week ago. Meanwhile SCA has announced that Grant Denyer is another addition to the breakfast show alongside Ed Kavalee for 2018. Sister station Triple M Sydney farewelled Mark Geyer as a regular member of the team. For part of the morning the show took calls from people around NSW who felt MG owed them an apology. There were quite a few calls. And after their triumphant performance at the AACTA Awards with Nat B joining the band, The Angels were live in the Triple M studio.

Nova Sydney ended the year with a cruise during the week and today they played a rap battle between Sunrise’s Sam Armytage and Kochie. Fitzy and Wippa also spoke to PM Malcolm Turnbull and David Walliams. 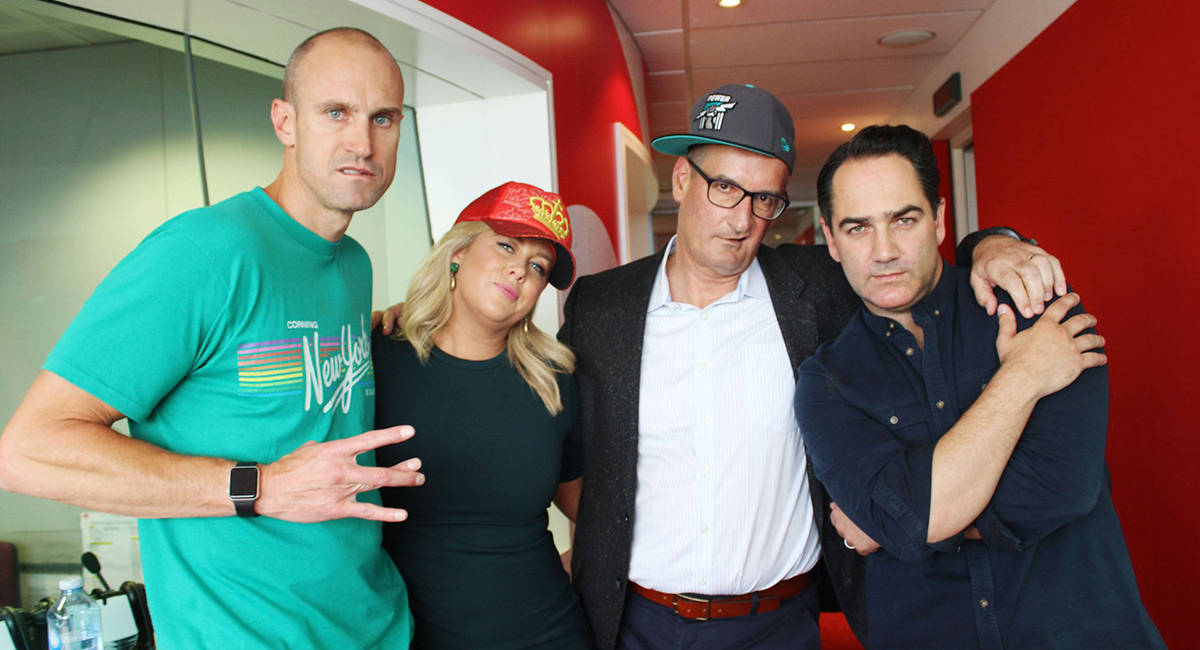 Sam Armytage and Kochie with Fitzy and Wippa

At Fiveaa in Adelaide, breakfast co-host David Penberthy revealed he will dress up as Adelaide icon Anne Wills. She joined the breakfast show this morning to give him some tips! The breakfast show was broadcasting from Adelaide Market where Penbo was getting stuck into the oysters for breakfast.

ABC Adelaide was broadcasting from Henley Beach where it was chilly enough for host Ali Clarke to be wrapped in a blanket.

It was OB day in Adelaide with Mix 102.3 breakfast with Jodie and Soda live from Victoria Square.

In Perth, Nathan, Nat and Shaun were broadcasting their Nova show from inside Epicurean at Crown Perth.