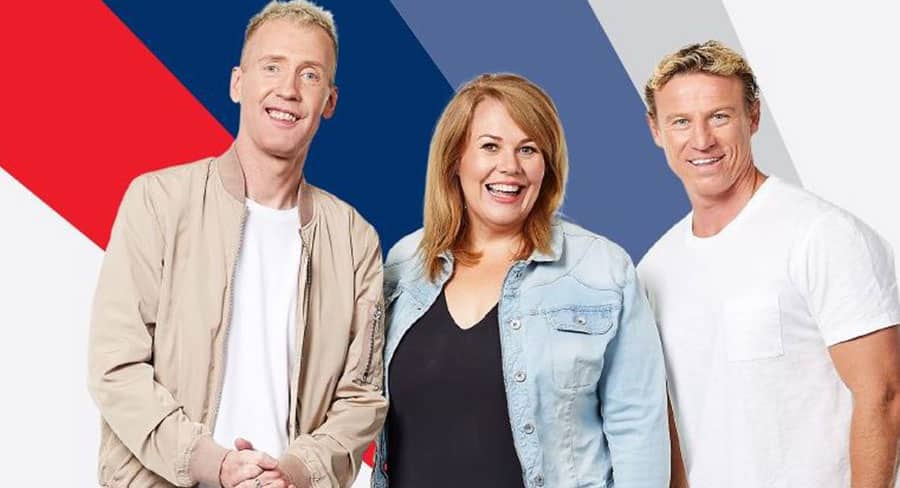 Fantastic survey with the #1 ranking for both breakfast and the station. The station share is following the pattern of the past two years where share hits 14% in survey four. There is a feeling at Nova though that this year could be different. If the new-look 96FM gets into a market battle with Mix 94.5, it could be happy days for Nova. “Maybe Gary Roberts has done us a favour after all,” said Nova’s Paul Jackson on survey day. Breakfast with Nathan, Nat and Shaun was up 1.1 to 14.2%, which is certainly not unchartered territory for them. Six of the eight surveys last year had bigger shares.

We half-joked when Gary Roberts moved to 96FM that all leave had been cancelled in the Perth radio market. That’s probably happened now at Mix after this result. This is the station’s lowest share in a long time and same for breakfast on 11.3%. In the past four years Mix breakfast share only slipped below 12% once. And these results are before former Mix breakfast presenter Fred Botica decided to come out of retirement to work for the opposition. The fiercest radio battles used to take place in Perth a decade ago…it’s starting to resemble a warzone again.

The Hit Network station might be hoping to dodge a few bullets in the radio war, similar to what Nova is hoping for. In the meantime a generally flat survey with breakfast down slightly to 7.9%. Evening and weekends lifted which helped counter balance the overall drop to 0.1.

It’s not too important what happened this survey, the next chapter in the station’s history starts this week. There’s been a few jokes about Dad’s Army fronting up to do battle, but from what we are seeing so far they still know how to shoot straight. If the audience wants to listen to Fred and Lisa again, how quickly could it happen?

Very little change here with Steve Mills and Basil Zempilas dipping just 0.2 to 9.5% where they maintain their ranking as #3 commercial breakfast. Morning with Gareth Parker was up 0.3 to 8.2%.

Share pushed back above 5% which the station also achieved six times last year and has managed twice this year. Breakfast with Ian Blackley was up 0.7 to 4.5%, which is where the shift has been trading for the past couple of years. Fred Botica’s move to 96FM means Blackley will now be in battle with his former Mix colleague.