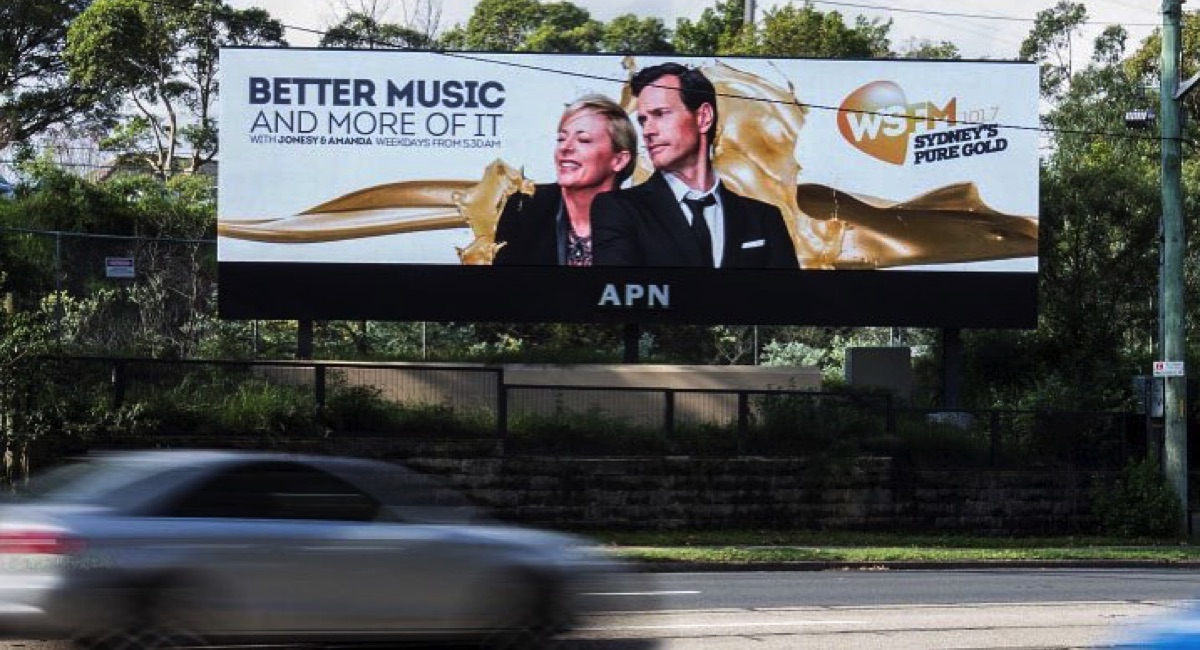 International flights into Australia over the weekend carried radio hosts and their production teams back into the country after many of them escaped for winter vacations during the ratings break.

First back on air this morning were Talking Lifestyle breakfast hosts John Stanley and Garry Linnell, who now not only broadcast on the old 2UE frequency at the rebranded station, but are also heard on the former Magic stations in Melbourne and Brisbane. Linnell revealed he had spent much of the past fortnight in the US where, among other things, he got married!

It was almost business as usual at WSFM after 5.30am. Obligatory appearances from Kenny Loggins, the Goo Goo Dolls and even Pet Shop Boys. However a key ingredient was missing – breakfast hosts Jonesy and Amanda. The program moved to a 6am start earlier this year and it takes some getting used to. Still starting at 5.30am were 3AW’s Ross and John, the highest-rating metro breakfast show in Australia. Guests included Working Dog’s Rob Sitch, talking about red tape and the return of Utopia. He noted it is becoming a challenge to younger audiences explaining how they tune in to watch a TV show, instead of streaming it when they want to. There were also plenty of calls for the much-listened-to 3AW Rumour File.

Jackie O returned to one of her favourite holiday spots – Fiji – which was also the choice of destination for a number of entertainers. Kyle on the other hand stayed home, and in his own words, “did nothing”.

Fitzy and Wippa were back with their six o’clock club while lucky members of the seven o’clock club – Sam Pang and Mick Molloy – were both back to at their respective breakfast shows at Nova 11 and Triple M’s Big Breakfast.

There was much chatter about the return of Game Of Thrones on many shows with Jonesy revealing he has only ever seen season one, admitting he got distracted by Sons Of Anarchy. Several announcers noted they had been binge-watching to catch up, including Nova Sydney’s Sarah and Nova Melbourne’s Chrissie.

The new #1 Brisbane breakfast show – Bianca, Terry and Bob – was back on-air after co-host Bianca Dye had a Bali trip, staying in a villa in Seminyak.

Others of the many who headed to Bali were Fifi Box and Brendan Fevola (on separate holidays), co-hosts of Melbourne’s #1 FM breakfast show Fifi, Dave, Fev and Byron.

Not on air today was ABC Melbourne breakfast host Red Symons who has been in hospital.

ABC Radio issued this short statement from Symons this morning:

Hello, everybody! Just over a week ago, on Wed 5 July, when walking home from the supermarket I experienced a sudden lack of consciousness. This resulted in a fall, with my head hitting the pavement.

I am currently in hospital, thankful to be receiving the best of medical attention and working on a speedy recovery.

I’m sorry for this unexpected absence, but do look forward to getting back to work as soon as possible.

ABC Radio extends best wishes to Red, his family & friends for his fast recovery, and looks forward to hearing him again soon.