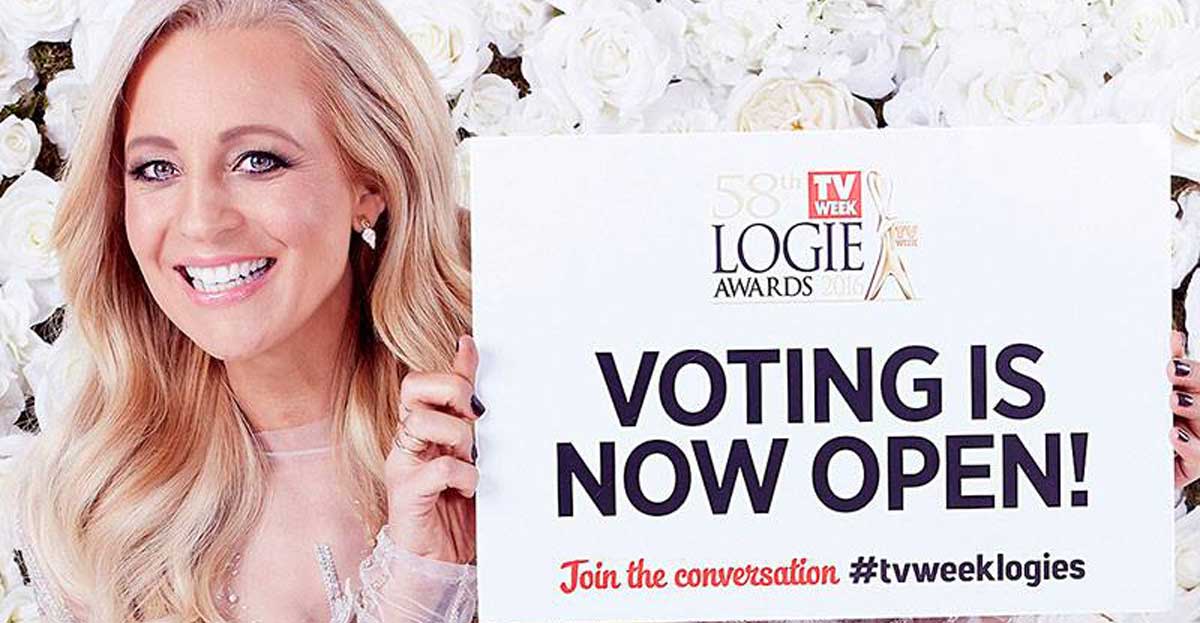 To mark the start of public voting for the 58th TV Week Logie Awards 2016, a special issue of TV Week featuring Women of TV will hit newsstands

To celebrate the start of public voting for the 58th TV Week Logie Awards 2016, a special issue of TV Week featuring Women of TV will hit newsstands on Monday, November 16.

2015 TV Week Gold Logie Award winner Carrie Bickmore says, “There are so many wonderful women in TV. It’s awesome to be considered one of them.”

“Voting in the TV Week Logie Awards has never been easier,” TV Week publisher Jayne Ferguson says. “It is accessible via internet or mobile phone 24-7 and is open for all to get behind their favourite shows, actors, actresses and presenters.”

Voting in the Best categories opens today and continues until Sunday, January 17, 2016 at www.tvweeklogieawards.com.au

TV fans have the opportunity to vote for their favourite Australian shows across all genres – Reality, Factual, Sports, Drama, Lifestyle and Entertainment – and in a new category, Best News Panel Or Current Affairs Program. This category allows shows such as Today, The Project, The Morning Show and Q&A to be recognised for their contribution to the Australian television landscape.

Along with this selection, viewers and readers can vote for their choice of Best Presenter, Best Actor, Best Actress, Best New Talent and the TV Week Gold Logie for Best Personality On Australian Television.

“Viewers are incredibly passionate about their favourite shows and stars, so I can’t wait to see who makes the list this year.”

While the public can vote for the Best categories, a panel of entertainment industry experts will judge the peer-voted Most Outstanding awards early in 2016.

The 58th TV Week Logie Awards 2016 will take place on Sunday, May 8, 2016 at Crown Entertainment Complex’s Palladium Room in Melbourne, with the event telecast on the Nine Network.