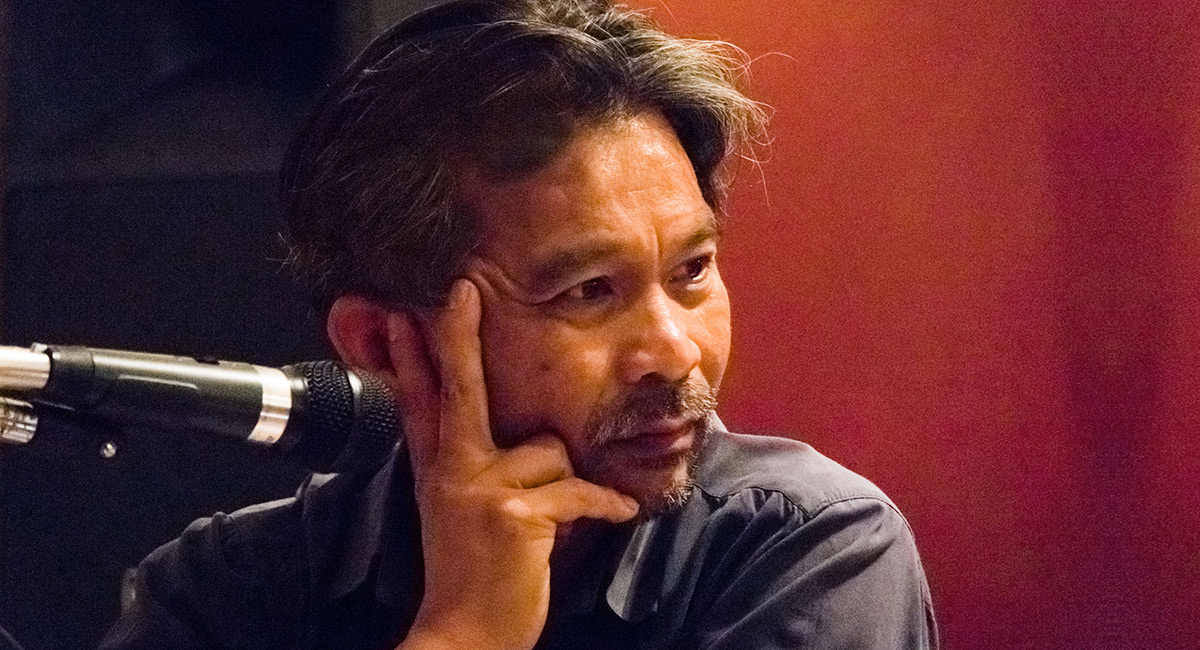 Bui Jones was born in Vietnam and came to Australia in 1978 as a boat refugee.

Bui Jones’s Mekong Review eschews the modern notion of multiplatform publishing, embracing print as the major medium in the way that, say, Tyler Brûlé’s Monocle rejoices in the medium at the other end of the economic scale. Print is Bui Jones’s thing, and in December he told The New York Times, “There is something, for me anyway, rather magisterial about this tactile form.”

With the stock alone, Bui Jones tells Mediaweek that he spent a lot of time with his initial printer in Phnom Penh to get it right.

“It’s immensely important: the colour, the feel,” he says, “Initially the paper was sourced from Vietnam and that proved tricky on one occasion.”

Last year Bui Jones switched to a Malaysian printer and says, “The new printer in Penang, Phoenix Press, is fantastic. Hon, who is the manager there, has worked with the same company for more than 30 years and he knows his stuff. He has two old Heidelbergs at the entrance to the printing floor. Almost cried when I saw them, gorgeous machines and kept in good nick, too.”

But for Bui Jones, print presents problems that have bedeviled and defeated many publishers who have tried to penetrate the assorted countries and markets that comprise the region.

A top problem is the physical distribution, as attested by bugs that beset Bui Jones’s most recent edition.

“The wheels have come off our delivery operation, literally,” Bui Jones reported on Facebook. A delivery truck’s pallet carrying fresh copies overturned on the highway between Penang and Kuala Lumpur.

The print copies were repacked and reloaded but the delivery schedule was shot.

“All of which means our finely calibrated delivery schedule is now in disarray,” wrote Bui Jones. “A friend, who has kindly flown to KL to take copies to Phnom Penh, will leave empty-handed later today. My flight to PP is scheduled for Monday morning, too early for the truck delivery, which in turn means the bus leaving from PP to Ho Chi Minh City on Tuesday morning will arrive sans Mekong Review, ditto the flight from HCMC to Los Angeles.”

Bui Jones was born in Vietnam and came to Australia in 1978 as a boat refugee. He began his media career in TV as a researcher and producer for SBS. He worked as a journalist at The Sydney Morning Herald, then later founded or co-founded four magazines focusing on Asian current affairs, including The Diplomat in 2001.

He moved to Cambodia with his family in 2009, but in January 2016 he returned to Australia, shortly after launching the Mekong Review at the Kampot Writers and Readers Festival in Cambodia on November 7 2015.

Originally, the Review’s market was the five Mekong countries but Bui Jones says that, as interesting as they are, these countries cannot sustain an English-language magazine for long.

“The trap was that we’d be recycling stories and ideas within a couple of years,” he says. “For instance, how many times can you handle reading about Hun Sen? Or on street food in Vietnam?”

Expansion was inevitable and Bui Jones says, “In the middle of 2017 we started sending copies to Malaysia and Singapore. They are now our second and third largest market. In Singapore we are in all the Kinokuniya stores, the WHSmith outlets at Changi International Airport, and a handful of independent bookshops.”

The current edition also made some major breakthroughs, with the publication debuting in a handful of US bookstores such as Skylight Books in LA, Book Culture in NYC and Prose & Politics in Washington DC.

But more important, according to Bui Jones, is the major breakthrough of entering the Jakarta market, as Indonesia is the largest country in Southeast Asia.

“This is where I dreamt us to be,” says Bui Jones about the publication’s overall state of being, “expanding our reach and our coverage without losing our Mekong heritage.

“And despite our success and growth, we still maintain that street cred we started off with. I like the fact that we remain a typo or two shy of slick professionalism. That unmistakable whiff of an oily rag production is still present.”

Getting a publication out there is vital to economic wellbeing, but getting great editorial into the publication enhances the spiritual wellbeing of a publisher like Bui Jones.

There have been “so many” articles that have given him a buzz to publish, he says, noting that what comes to mind right now is a piece in the latest issue by Mai Huyen Chi on re-reading Graham Greene’s “The Quiet American”.

“This is special,” he stresses, “a young Vietnamese woman giving us her take on a Vietnam War classic by one of the greatest English writers of the twentieth century. How does she feel about the Vietnamese portrayed in the book?

“Chi, whose grandfather fought against the French and the Americans and died in the Tet Offensive 50 years ago, has something to say about Greene’s depiction of her compatriots as passive bystanders.

“She also has something to say about the main female character, Phuong, asking, among other things, did she enjoy having sex with the aging Fowler?”