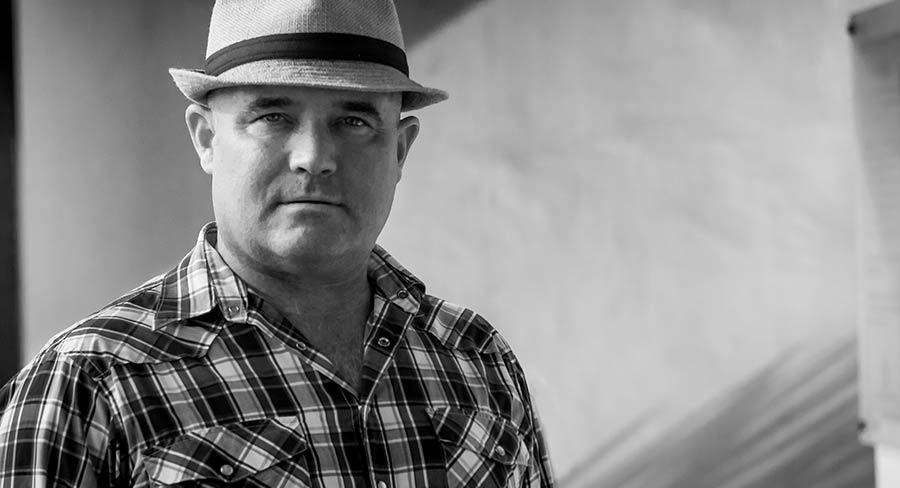 • Former reporter at The Australian growing his content marketing business

“The content revolution is just starting,” says Singapore-based former Aussie journalist Simon Kearney, who’s bet his bottom dollar on that happening because the marketing business he started in October 2010 – Click2View – is entirely based on content.

“As I’ve ended up being the guy in charge I guess it’s no surprise I’m pointing us in a journalistic direction,” Kearney told Mediaweek.

“I was very glad Neal had a chance to exit to pursue his interests in the way it happened. James added liquidity when we needed it and taught us the importance of recognising revenue at the right time.”

Click2View started in a humble Singapore Housing and Development Board flat, with an ironing board for a desk. Simon Kearney working off an ironing board.

Now Click2View is based “in a fancy shophouse office in one of Singapore’s coolest locations, Amoy Street”, with a staff of 15 and revenue of S$2 million plus (A$2 million), and with a client list including Ben & Jerry’s, Cisco, Amadeus, Deloitte, Mediacorp, Samsung, Singtel, Visa and Wego.

Kearney says that when he started Click2View, there was one stand-out reason for setting up in Singapore.

“Very specifically, the national fibre network in Singapore,” he says. “It was going down in 2009. It was clear that Singapore would be the test bed for all the things most people take for granted now such as streaming video.

“We thought that we should offer production services that were focused on streaming video not broadcast – just look at Australian internet speeds.”

But Kearney admits his ticket to ride in Singapore came about through sheer luck.

“A total fluke,” he says. “I was all set to spend the next 20-plus years at The Australian.”

Kearney kicked off his long newspaper career in his home state, Tasmania.

“My first job was as a reporter on a weekly farming paper called Tasmanian Country,” he says. “I got the job because I told the terrifying Scottish editor Ian McCausland that as a five-year-old I’d gone in the greasy pig contest at the Campbell Town Show. As far as he was concerned that qualified me to cover agriculture.

“They gave me a car, a camera and let me go. The joy! This was pre-laptop. I had a notebook – the paper kind – that I used to write the stories from when I got back to my desk in Launceston.

“My brief was to provide one front-page option and a back-page farm feature a week, and a couple of stories in the middle – no better training ground for a young reporter.”

That kicked off a long career in print, mainly for Murdoch papers, culminating in a three-year stint as senior reporter for The Australian, after a five-year stretch at The Sunday Telegraph where, for the last 15 months, he was chief of staff.

“The Australian was the best job ever,” he says. “I especially liked it because I got to do a gig in the outback for six months in 2007, which I doubt any other reporter will ever get to do again.”

Kearney’s career took a big swerve in 2008 when he accepted an out-of-the-blue job in Singapore with Kiwi billionaire Richard Chandler’s company Orient Global, where he researched philanthropic opportunities, directed corporate videos and oversaw other media-oriented activities.

Working for a billionaire kick-started his desire to improve his financials and sharpen his business acumen.

“I left [The Australian] out of curiosity to see how these billionaire ‘masters of the universe’ lived after I got a job offer from one of them,” he says. “I thought I’d stay in Singapore for a year. It was a little bit longer. I did go back to Canberra for a brief stint at the News Corp Sundays just in time for Kevin Rudd’s 2010 demise. And then figured I had to get to work on my business career.

“I had not a commercial bone in my body despite years working in the heart of News Corp Australia. I was competitive though. Working at Chandler awakened an entrepreneur in me.

“I was nearing 40, broke and wondering how I would sort myself out. I also saw how nice life could be for the rich – not the billionaires, that’s an awful life.

“The happy quiet rich have a few million stashed away and no wish to make the world a better place. In so doing I suspect they make the world a far better place than the ego-enriching schemes. But that’s just my fleeting experience of the soulless world of working with the super-rich.

“I’ve been in Singapore since. I’ve married, had two kids, and bought an HDB flat. It couldn’t be a greater contrast to Tasmania, but Singapore does remind me of the Adelaide suburbs of the 80s. Safe and fun for kids.”

Meanwhile, getting back to his concept that content will rule, he says, “The two main pillars of the agency world for the last 50-70 years were advertising and public relations. My belief is that content will subsume them both.

“Thirty years from now I believe content will be the leading offering. The same people will be running the show – they’ll just change the product they’re selling.

“Sir Martin Sorrell reckons the agency of the future will be that which combines data, content and technology.”