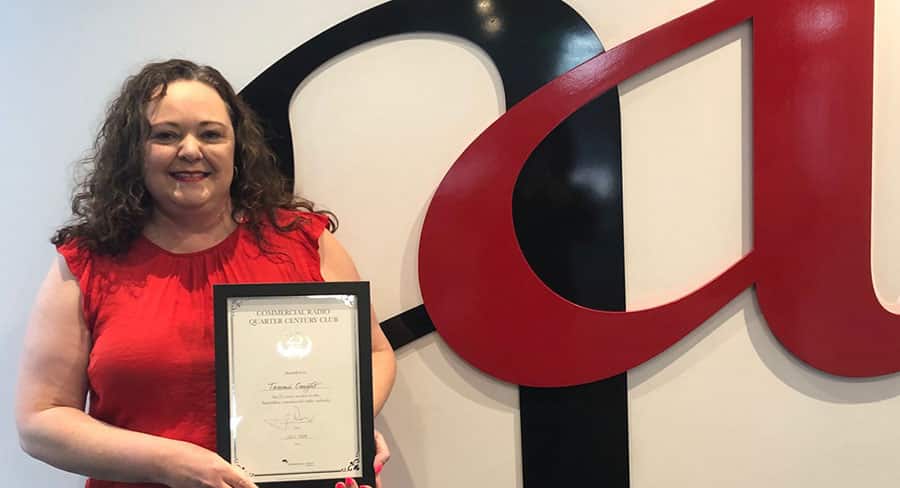 Caught commenced with Fiveaa in July 1994

Caught commenced with Fiveaa in July 1994 and the first program she worked on at Fiveaa was the Psychic Saturday night show. When Caught started at Fiveaa, the on-air line up featured announcers such as Bazz & Pilko, Ken Dicken & Sonya Feldhoff, Ken Cunningham & David Hookes as well as the legendary Bob Francis.

Today, Caught is Leon Byner’s morning show executive producer, a role she has held for the past 20 years. Some of her most memorable radio days have been after major events such as 9/11 and the death of Princess Diana gave the radio audience a chance to voice their passion, opinions and emotions.

“Radio is a fantastic medium to work in and I’m grateful to Nova Entertainment for the opportunity to cover news, help people and try to make a difference everyday,” said Caught.

Fiveaa station manager Craig Munn said, “As someone who was working here at Fiveaa when Tammii commenced with the station in July 1994, it has both been a pleasure to work with Tammii as a colleague and to also see her develop into an exceptional program producer. Tammii has been an essential and significant contributor to the great success of the station throughout the past 25 years.”