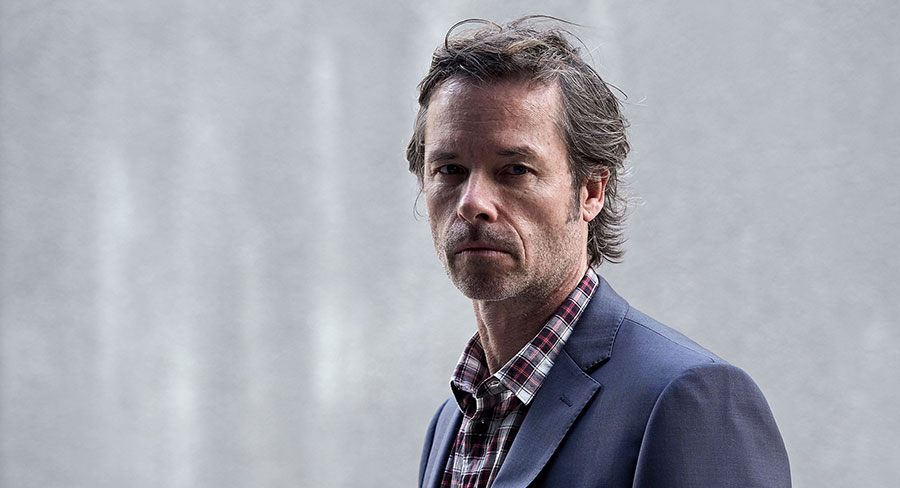 Spoiler: the money’s pretty good. ‘But he’s worth every cent,’ says Collie.

With the final episode of Mystery Road screening on Sunday July 1, the ABC has given its premium Sunday night drama slot to the new season of Jack Irish. Although this is season two, the character first appeared back in two telemovies in 2012 followed by another in 2014.

The three Jack Irish telemovies were based on the books of Peter Temple. The producers then did a six-part series in 2016 with a second series screening this year.

Guy Pearce has played the title role in all episodes so far and there was never any thought by the producers about what to do if they couldn’t lure back the Hollywood star for more. “It would be pretty hard to recast Jack Irish now,” producer Ian Collie told Mediaweek. “Guy just loves playing the role, which is great. He’s a very much in-demand actor both in film and television, but he loves coming back here. He used to play AFL in his youth and he has a real connection to the character.

“The scripts by Andrew Knight, Matt Cameron and others gel with him.” In the meantime the remainder of Essential has recently been sold off to Canadian-based Kew Media Group. “Essential has been selling itself left, right and centre,” said Collie. “The company was an amalgam of three different genres – factual, drama and kids.”

Collie shares production duties on Jack Irish with the writer-producers Matt Cameron and Andrew Knight. Collie and Knight have been with the franchise since the beginning, while Cameron was a writer who took on production duties in the second season.

When we suggested to Collie that his colleague Andrew Knight is a very talented chap, Collie corrected us, laughing, “He’s reasonably talented. I taught him all his tricks!”

The two have worked together on Jack Irish and Rake. The fifth season, and very likely the last, of Rake looks to be headed to the Sunday night ABC drama slot after Jack Irish finishes in August. As to how Guy Pearce was initially lured to the character, Collie credited Matt Cameron for having a connection as the two had worked on a play together. “It was then the early days of the Golden Age of TV and there was still a divide between film and television. Guy was known as a film actor, but he had done an HBO miniseries, Mildred Pierce, with Kate Winslet.

“We thought he would be brilliant, we gave it a go and approached him. He responded positively to the script and came on. Every time I read a script now, I hear Guy’s voice. He really has become Jack Irish.”

Although Guy Pearce is well rewarded for him film work, Collie indicated the actor still does pretty well for this TV role. “I don’t know what Guy gets for his films, but he is a huge marquee star for us and helps in selling overseas in addition to bringing audience to the ABC. As he’s an A-list star we know roughly what the market rate will be, a bit similar to us having Richard Roxburgh as Rake. Once you have a central character that will attract an audience you know you have to find the right sort of remuneration. These days I don’t know there would be that much difference with what he would get on a film per week to what he would get from TV.”

In other words Guy Pearce does OK out of working for Australian TV. “Put it this way, I am not feeling sorry for him,” said Collie. “But he is worth every cent.”

Watch the new series of Jack Irish on Sunday nights on ABC TV or stream via iview.