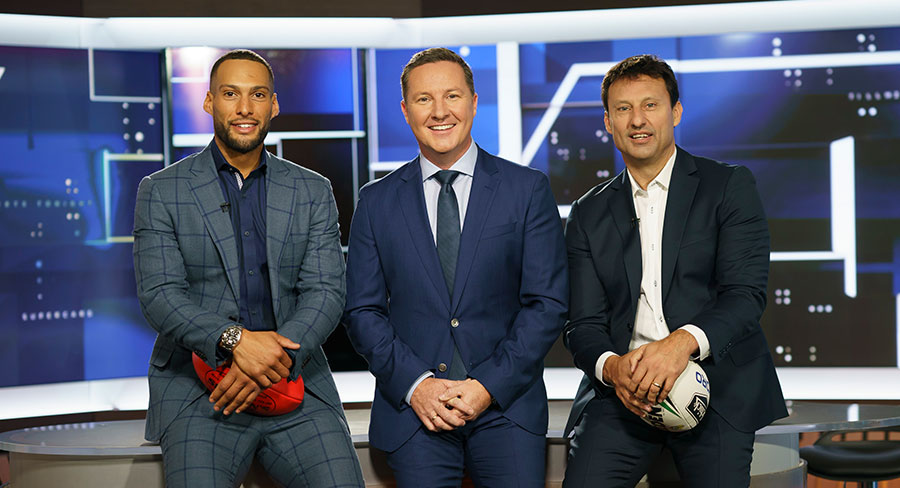 The program will give FTA TV viewers a first look at weekend sports results.

Network Ten has confirmed that Sports Tonight will return to Australian television screens live on Sunday July 15 at 9.15pm on TEN and WIN Network.

Hosted by Network Ten’s Matt White, Sports Tonight is back after a seven-year hiatus, promising a fresh new look while delivering all the latest sports news, match results and game highlights for all sports from Australia and around the world.

The program will give free-to-air TV viewers a first look at weekend sports results. At present both Seven and Nine broadcast weekly AFL and NRL review programs on Monday nights.

The programming move also comes as Ten faces a summer without a major sporting franchise since it lost the rights to the Big Bash League. That means nearly all of the major domestic sports highlights will be for events covered on either Nine or Seven.

Network Ten said Sports Tonight will also feature a variety of opinions and in-depth analysis from regular expert panellists including current and ex-sports stars such as three-time AFL Premiership player Josh Gibson and Rugby League legend Laurie Daley. The team will put Footy In Focus each week and a Sports Tonight institution Play Of The Day returns.

Joining the team each week will be sports reporters Caty Price and Scott Mackinnon, who will report on the weekend of AFL and NRL, focusing on the big issues and all the latest breaking football news.

Matt White, who is also Ten Network’s recently appointed head of sport, said: “It is fantastic to be bringing Sports Tonight back in a rejuvenated style. This is a sports news show which won’t disappoint and will bring all the latest sports scores, highlights, expert opinion, interviews and analysis to viewers.

“We are introducing a number of new and exciting segments, as well as including the much-loved Play Of The Day. We plan to have a lot of fun each week.”