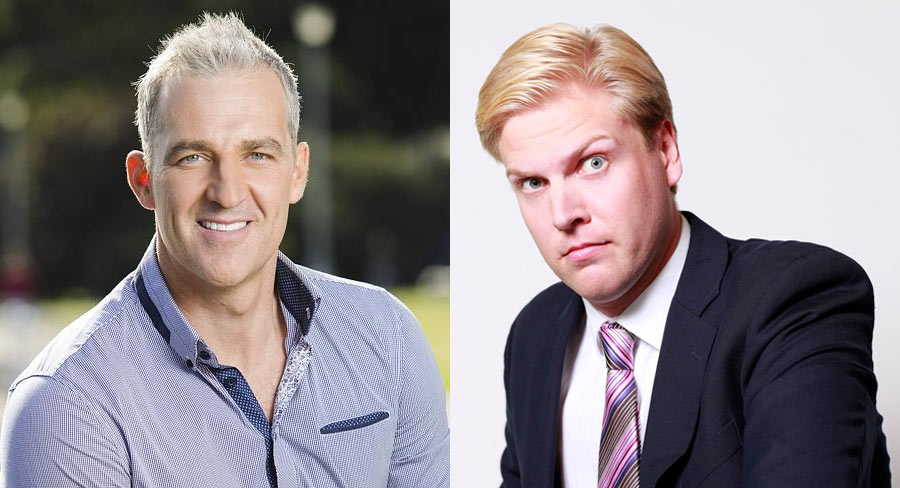 The aim of Pointless is to score as few points as possible.

Network Ten has commissioned an Australian version of the quiz show Pointless.

Premiering on TEN and WIN Network soon, Pointless will be co-hosted by Dr Andrew Rochford (pictured L) and comedian and writer Mark Humphries (pictured R) and sees three teams of two contestants each compete for a jackpot by finding the most obscure answers they can across a variety of topics.

The show marks the return of Rochford to TEN, while Humphries joins TEN after recently farewelling the SBS show The Feed.

The aim of Pointless is to score as few points as possible. The contestants with the highest scores after each round are eliminated.

Dr Andrew Rochford said; “I’m very lucky to be forming a team with a talent like Mark and genuinely excited to be back at TEN but I’m even more excited about the fact my dressing room has a couch and Mark’s doesn’t.”

Mark Humphries said; “Who said Twitter is a waste of time! After an extensive social media campaign (two tweets) TEN had no choice but to give me the dream role as host of Pointless.”

Network Ten chief content officer Beverley McGarvey said: “We are delighted to commission such a successful and entertaining game show as Pointless. This is fantastic entertainment for the whole family, as contestants try to find the most pointless answers.

“And we are absolutely thrilled to have Andrew and Mark co-host the show. They are smart, funny, and engaging and will make a brilliant duo.”

Produced by Endemol Shine Australia for Network Ten, Pointless has been a standout success since its launch in the UK in 2009. It has been adapted internationally for broadcasters in 11 other territories including Germany, France, Switzerland, the Netherlands, Italy and Poland.

The UK edition of the series has been screening on ABC TV.

Network Ten executive producer Rick Maier said: “Pointless is funny, challenging, defies all traditional quiz logic and completely gets you in. Even if you don’t know the answer, it’s impossible not to play along.”