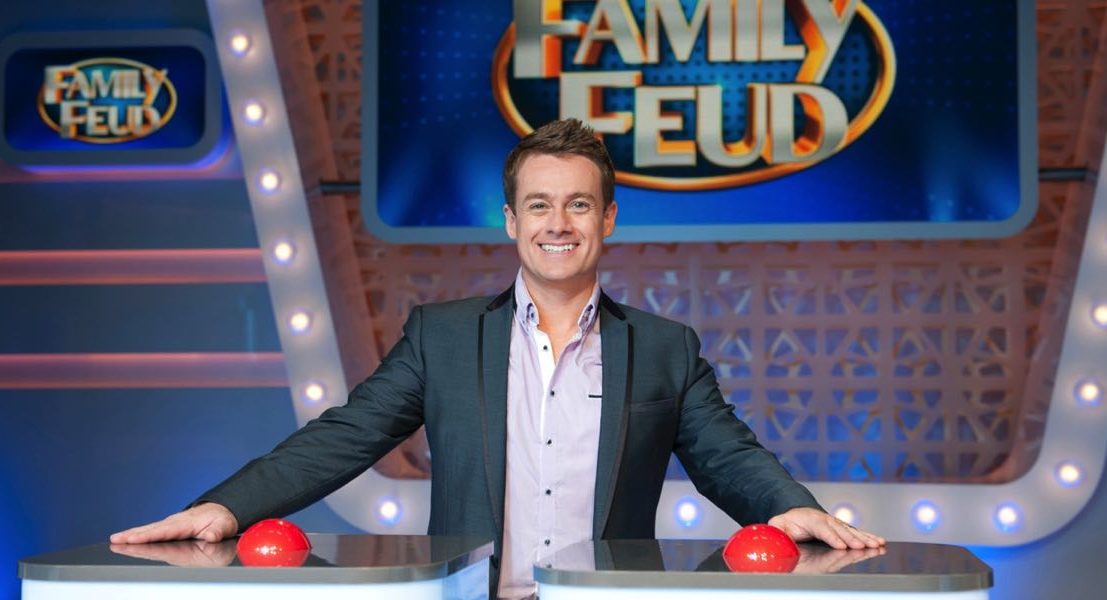 “We thought we’d only get two years out of it, so it was lovely to stretch it to four,” he told listeners and his radio co-hosts Em Rusciano and Ed Kavalee. “It’s been a huge success for Network Ten. It obviously reinvigorated that 6pm timeslot, which was dead for them for about five years. It also increased all the night-time programming on TEN.

“There were really two things working for TEN at the time – Family Feud and Have You Been Paying Attention?”

TEN’s revival of the Family Feud was its fourth in Australia. While the show served the broadcaster well, Denyer confessed, “We are guilty, if anything, of driving it into the ground.”

The show, which currently airs Sunday-Friday, has been simulcast on TEN’s primary channel and Eleven and ONE from day one.

Now that Family Feud is coming to an end, will Denyer be doing anything in TV?

“They [TEN] say they are resting show. One of the reasons why they’re resting it is that they want me to do some big new projects. They can’t do both,” Denyer said, not giving away too much detail. “I have heard what those projects are: they are big, bright, shiny, new and exciting.”

Network Ten said in a statement, “Family Feud has been an important part of our schedule for the past four years, but we feel it is time to rest the show. It will be put on hold later this year and we will be announcing an exciting new game show very soon. We will also have some exciting news about Grant Denyer’s new show on TEN soon.”