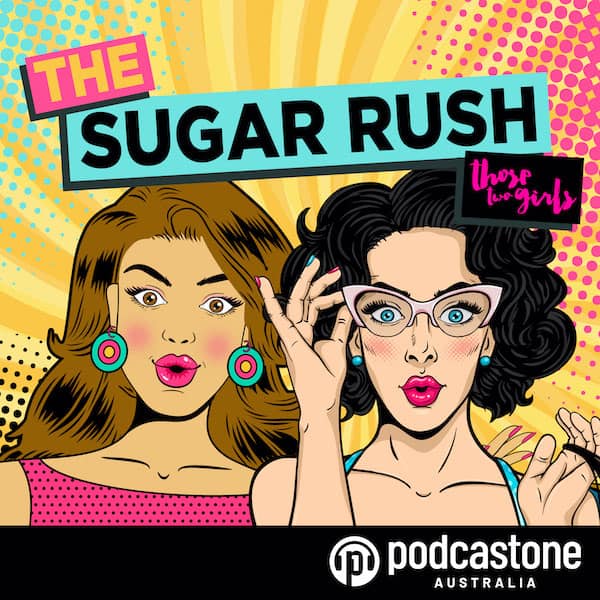 PodcastOne Australia this week added to its portfolio of daily short form podcasts, in the process adding to the workload of SCA’s Brisbane dynamos Those Two Girls.

After starting the day on air at 5am (4am Brisbane time!) hosting their Hit Network early breakfast show, Lise Carlaw and Sarah Wills (aka Those Two Girls) now have a quick break and then record that day’s new episode of The Sugar Rush. The early breakfast show and the podcast come out of SCA’s new Brisbane state-of-the-art audio facility.

The new podcast aims to cover the top five pop culture stories in the morning for listeners commuting or to accompany an early morning coffee. 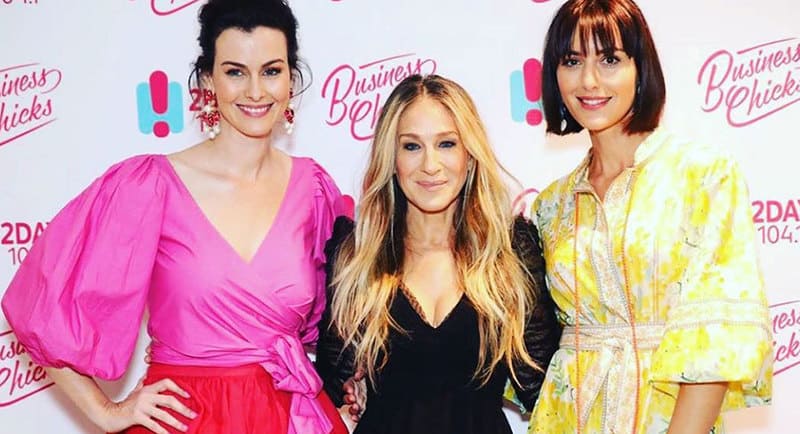 For a time Carlaw and Wills also co-hosted Gold Coast breakfast for the Hit Network, but they backed out after a year because doing early and then regular breakfast shifts became too much. (They didn’t say no recently though to filling in for Dylan Alcott on Hit Network’s weekend breakfast as the champion tennis player took part in the US and French Opens.)

“It is a lot of work,” Carlaw agreed with Mediaweek about their early morning routine. “We make a pretty good team now and people like loading us up with work and somehow they are happy with the product.”

The girls said they are happy to flex every creative muscle they can. “We love our early bird audience and the 5am show ticks the radio box for us. For the podcast, Sam Cavanagh gave us a lot of freedom to put our own spin on it. We did that and low and behold he liked it.”

Wills added: “The really important thing with The Sugar Rush is to be able to relate to the stories we are telling. That might mean making a fool of ourselves along the way which we are prepared to do.”

The first episode of The Sugar Rush went out on October 19 and topics so far this week included Jacinda Ardern and her partner, Roxy Jacenko and her reality TV fail and Netflix’s popular yet controversial Emily in Paris.

Listen to The Sugar Rush here. 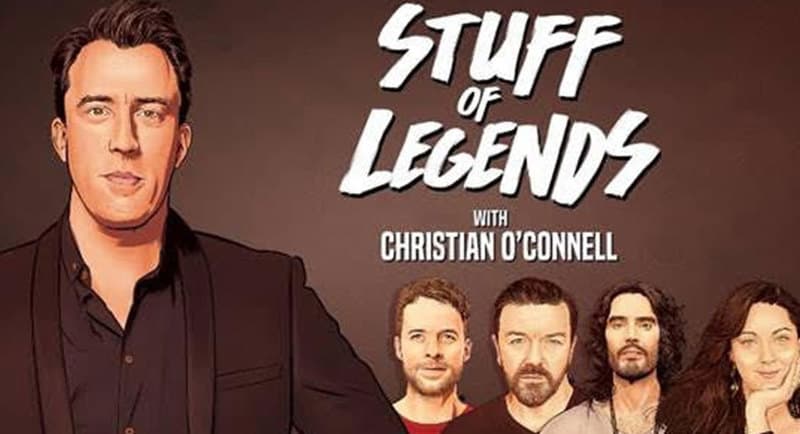 ARN is more than keeping its star British import Christian O’Connell busy. In addition to filling three hours each day with his #1 FM Melbourne breakfast program The Christian O’Connell Show, he also can be heard for an hour in the evening. Adding to the workload now is the new O’Connell podcast Stuff of Legends.

If the cover art looks a little familiar it might be because you recognise the great work of artist James Fosdike who does artwork for the Wil Anderson podcasts too. “I love all James’ work for Wil and I had him introduce me to James,” O’Connell told Mediaweek. When I was launching the podcast I didn’t want it to look like a regular radio station podcast. Using James has made it very eye-catching with his distinctive work.”

O’Connell and the iHeartPodcast Network have managed land a sponsor for the new series. “It’s a tough time in the marketplace and it has been a challenge looking for podcast sponsors,” admitted O’Connell. The sponsor is the digital magazine platform Readly that offers unlimited digital magazine access.

For Stuff of Legends, O’Connell dusted off an idea he originally had over eight years ago. “I recorded a couple of episodes, including one with Ricky Gervais where I famously didn’t hit the record button properly. It was so upsetting that I killed the whole idea of the podcast series.

“When I renewed my contract with ARN last year I pitched them the podcast idea and they loved it. I think radio has been somewhat backward in embracing podcasting and I like to do more like this. Most of what radio stations publish as podcasts – breakfast or drive shows – are really listen on demand audio. Podcasting is about original content. I have heard plenty of radio bosses over the years, in the UK and here, slag off podcasting for being amateurish with small audiences compared to radio.”

Episodes so far in Stuff of Legends feature interviews with Hamish Blake and Russell Brand. Still to come are Celeste Barber, Ricky Gervais, Wil Anderson and Adam Hills. Guests are asked to share three treasured objects from their lives and tell the stories behind them.

Listen to Stuff of Legends here. 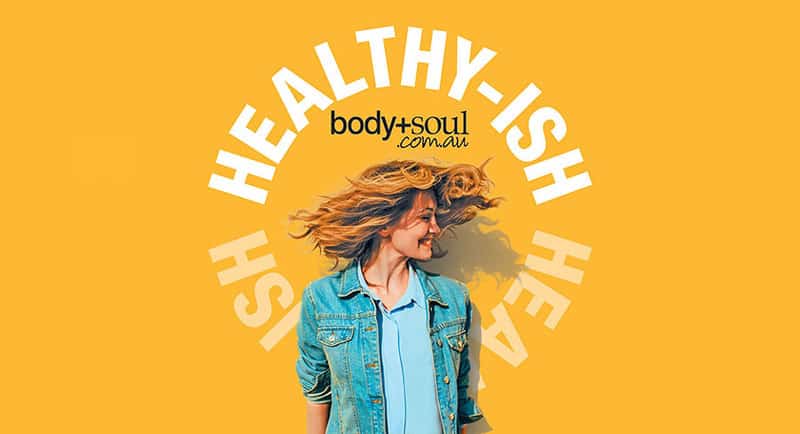 Spotify is launching Daily Wellness in Australia, a platform designed to curate a personalised mix of motivational podcasts and feel-good music to help listeners find positivity, mindfulness, or peace within their daily routines. Some of the content on offer includes:

Health Code Daily – a new Spotify exclusive podcast that delivers all the health, fitness and relationship advice audiences are familiar with from Sarah’s Day & Kurt Tilse, in a new five minute daily format.

Wake Up Wind Down – a Spotify UK exclusive made available for Australia that helps listeners wake up in the morning and wind down at night – all the while enjoying curated tunes. 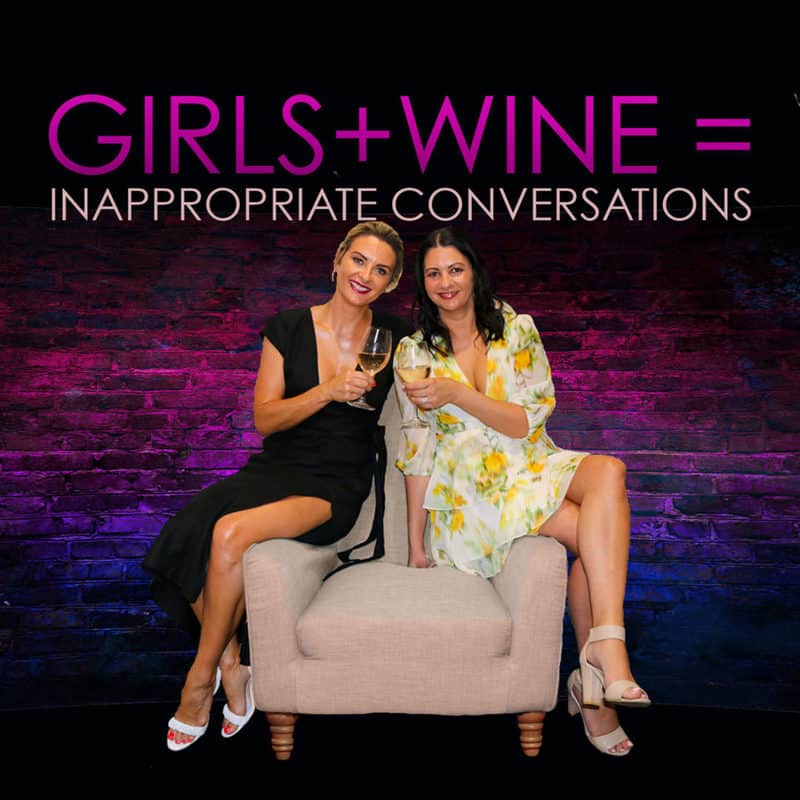 Following the success of podcast Am I a Bad Mum?, Katie Mattin and Rachel Thaiday have launched a second podcast which offers what the title say – Girls + Wine = Inappropriate Conversations!

The girls sit down at dinner once a week with a guest, whether it be a friend or listener, to add to the fun of a conversation that could literally go anywhere!

This no holds barred podcast is released weekly on a Monday by Podshape. The hosts promise nothing is off limits and that they will open up and tackle topics that people may feel they shouldn’t talk about.

This new series shouldn’t be confused with Spotify’s Two Girls and a Bottle of Wine podcast.

Listen to Girls + Wine from October 26 on major podcast platforms. 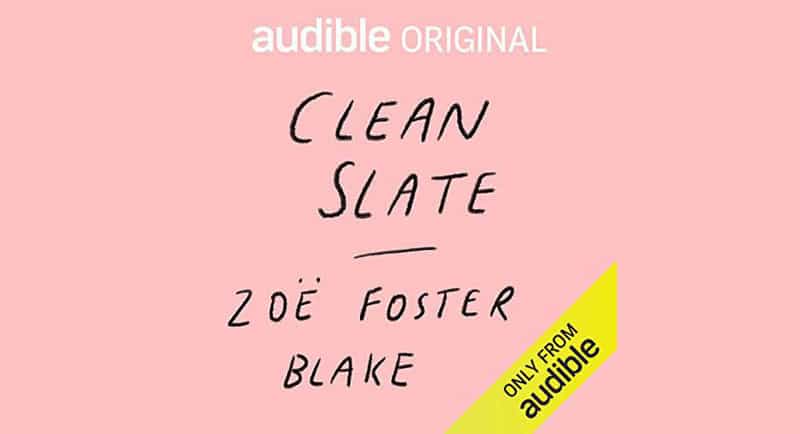 Audible has announced the a series of eight originals that start launching next week.

Author Zoë Foster Blake is the first with a release of her novella Clean Slate on October 27. In a relationship, if you both cheat, does that cancel the infidelity out altogether? Can you just wipe the slate clean? Foster Blake questions the “perfect marriage” in this dark little story that is written from the husband’s perspective and narrated by Stephen Curry.

That will be followed by Melbourne International Comedy Festival’s Plot Twist from Nikki Britton and friends on November 17.