Short is beautiful for The Squiz 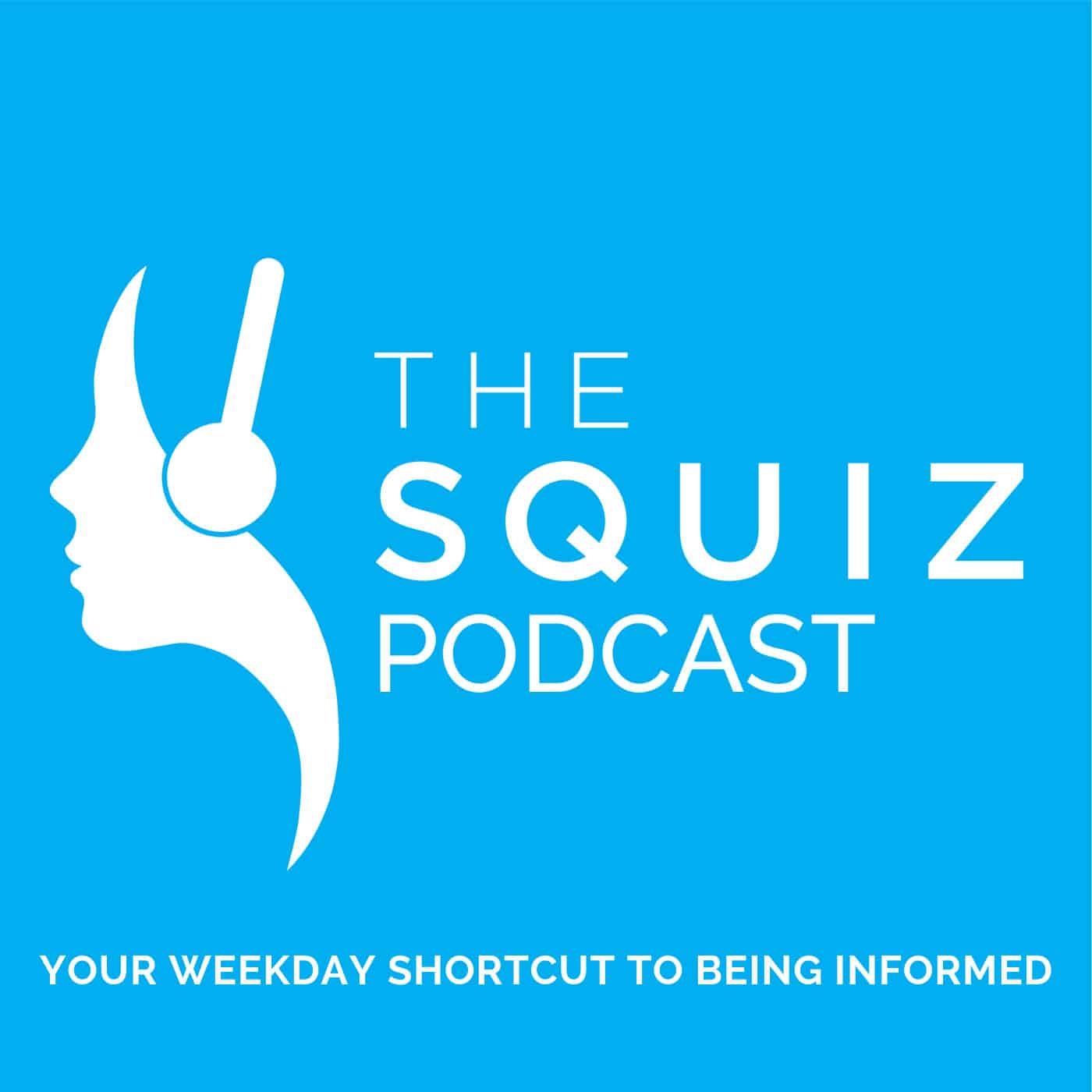 In March 2017, Claire Kimball gave up her career at Woolworths as communications director to launch an early morning newsletter, The Squiz. It was a brave call to leave corporate life. Kimball had also worked as a press secretary for Tony Abbott.

Just over 12 months later, Kimball oversaw the launch of a daily podcast, also called The Squiz. Joining Kimball on the podcast was Kate Watson who is the co-host and producer. She also doubles as the commercial officer for the business.

The two had worked together previously in politics. Watson left her job at Sky News to work at The Squiz.

The two record their daily 10-minute podcast from their homes at 5am each day. Kimball told Mediaweek they use the Australian software product Zencastr to bring them together.

The Commonwealth Bank currently sponsor the podcast. The bank was actually the first ever sponsor of the newsletter too. “Most of the commercial support we attract goes to the newsletter,” Kimball told Mediaweek. “Other advertisers have included BP, Qantas and Woolworths.”

The business now has a team of three with Larrisa Moore looking after digital. She is also doubling this week as guest co-host on the podcast with Watson away.

Kimball told us the email has over 30,000 subscribers with high open rates. For the podcast, she told Mediaweek listens have increased 20% a month since the start of 2019.

After working without pay for the first 12 months, Kimball said the business is now paying her and her two colleagues a salary. “We are also looking at adding another person later this year so I can work on more initiatives.”

Listen to The Squiz here. 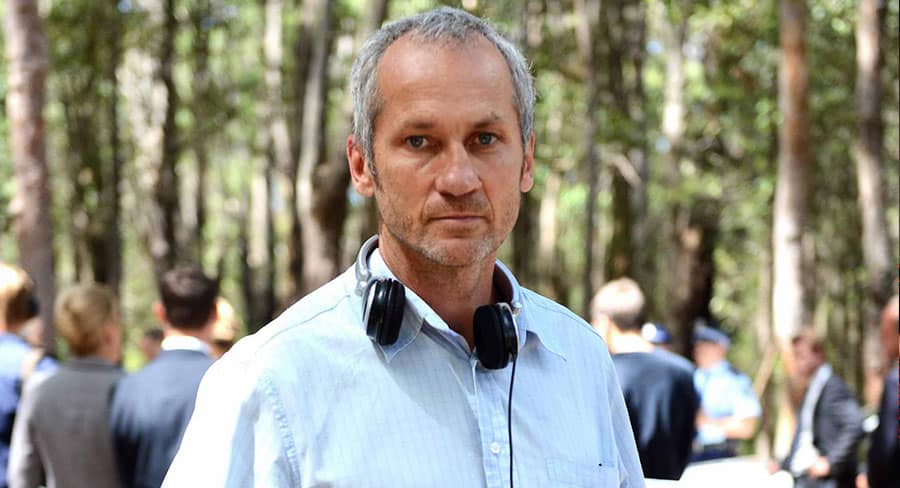 A dubious manslaughter plea deal put O’Connell’s best mate and fishing companion, Philip Mather, behind bars for the crime. However, in a strange twist, O’Connell’s parents believe Mather is innocent, visiting him in jail and fighting to unravel the truth of their murdered son. Now, Mather is out to clear his name after being released from jail on parole after nine years.

Whittaker leaves no stone unturned in the search for answers, drawing upon family members, witnesses and professionals involved in the original case to unlock crucial new public evidence. His investigation also brings to light confronting expert opinions on alleged Indigenous prejudices within the NT’s judicial and police systems.

Mark Whittaker has worked on similar stories of murder in the past including Sins of the Brother about serial killer, Ivan Milat, and Love and Death in Kathmandu, about the massacre of the Nepalese royal family. 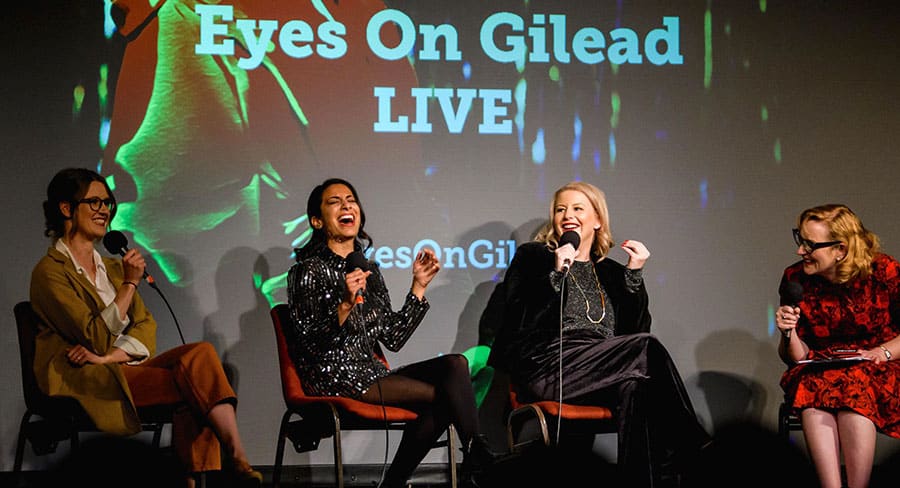 Fiona Williams, managing editor at SBS TV and Online, has provided Podcast Week with details of the live event held by the SBS podcast Eyes On Gilead earlier this month.

“The podcast was launched as a way to deepen our engagement with audiences around our premium content,” said Williams. “The Handmaid’s Tale is a classic example of a show that generates discussion, and audience feedback indicates that our listeners respond to the group dynamic, and our conversational, sometimes irreverent take on the show.”

The creators of The Handmaid’s Tale are amongst the listeners to the award-winning podcast (writer Yahlin Chang reached out to thank the team for the analysis of her episode).

For the live event, the Eyes On Gilead live show booked out Sydney’s Factory Theatre in three days, selling 500 tickets.

Listen to Eyes On Gilead here 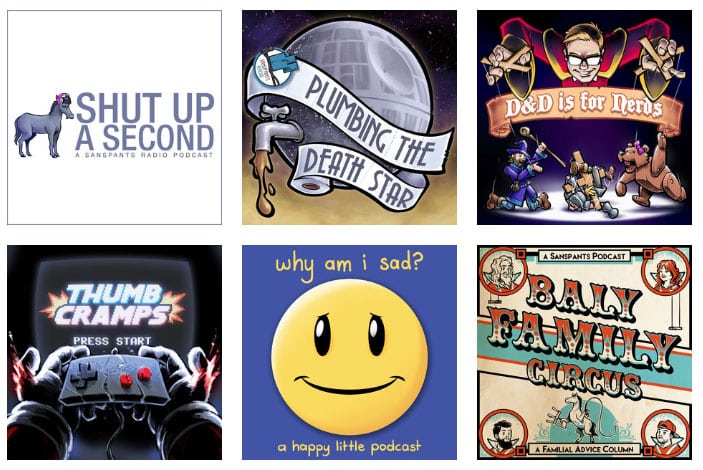 The network, which began its life at LaTrobe University in 2012, boasts 11 regular programs and over 600,000 downloads per month. Recently the network has begun to open its doors to podcasts made outside of the core group.

Popular Sanspants Radio titles include Plumbing the Death Star and D&D is for Nerds.

Two new podcasts look at the world of indie gaming and cartoons.

All the Small Games is an Australian podcast hosted by Andrew Levins and Jon Valenzuela and in each episode they explore the latest indie games titles.

Sanspants Radio has gone international to secure the podcast Cynical Cartoons. Every week an episode looks at a weird piece of animation history. Most recently they’ve looked at the original and rebooted Lion King, explored the He Man and She-Ra Christmas Special and analysed the forgotten “classic” Rubik the Amazing Cube.

Network founder Joel Zammitt said: “Since we began almost all of our shows have been created by a core group of people. It’s been fun to keep it like that while we’ve grown. But now, with the success we’ve had, we wanted the opportunity to work with some of our favourite podcasts and help them grow as well.”

The comedy podcast network was founded by Zammit with Jackson Baly, Joel Duscher and Zoe Bilotta in 2012 out of LaTrobe University. What started as a student project, evolved into a multi programmed, podcast network – one of the first of its kind in Australia.