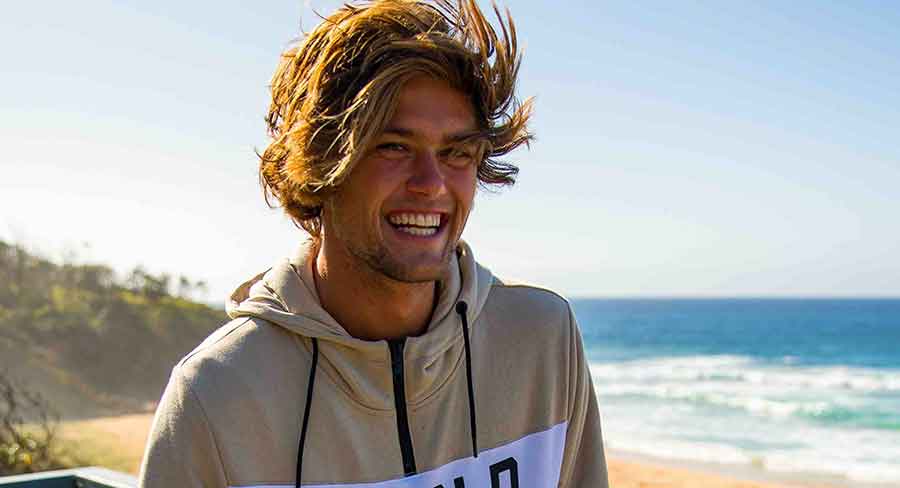 A visit to Hawaii in 2019 for Australian surfer Cooper Chapman saw him busy recording podcasts in addition to competing in the Men’s Qualifying Series World Tour.

Chapman also runs a small business called The Good Human Factory, about building mental resilience by educating and inspiring youth to be good humans. The idea for a podcast series developed last year. Cooper saw the stats surrounding mental health in Australia after his younger sister lost two friends to suicide during year 12 in 2018.

“I have always been a fan of podcasts and I realise this would be a way to reach a bigger audience.” Chapman told Mediaweek he is lucky to know some impressive people wo have great stories of resilience and he is now able to share them via the podcast series Good Humans with Cooper Chapman. 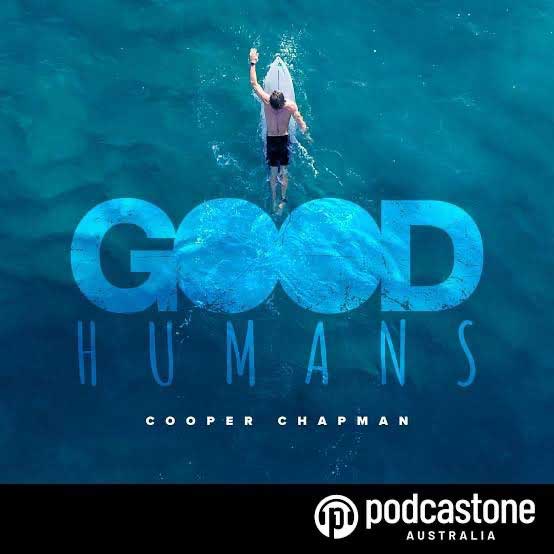 PodcastOne recently released episode seven with a couple more to come to finish the season. Chapman is looking to spread beyond surfing guests for season two. “So far we have had pro surfers and a sports psychologist who is my psychologist for Surfing Australia. The next season will include some NRL players among other athletes.

“Being an athlete I am so lucky with the life I have and the knowledge I have gathered is too valuable not to share with others.”

With the surfing tour cancelled this year until 2021, Chapman has been spending time at home in Byron Bay. He had been working as a carpenter in previous years to support himself on the tour, but was recently competing full time. This year he has been able to focus on training for 2021 with big ambitions after competing on the tour for the past eight years. “I have been lucky to qualify for JobKeeper this year. It’s been tough for some of the athletes. For example in South Africa some of the surfers weren’t even allowed in the ocean for two months. I have been relatively so lucky.”

And those ambitions next year? “I want to get on the World Tour. I have been trying for many years and come very close.” Chapman needs to rank higher to move to the main tour. The closest he has come was a ranking of 23 a couple of years ago. 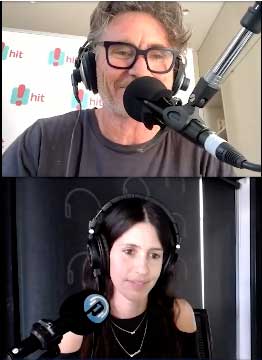 Following the success of the first three series, A Life of Greatness Podcast hosted by Sarah Grynberg, has returned for a fourth series on PodcastOne Australia.

Grynberg, said: “The series has been created to deliver insight and inspiration to allow listeners to awaken to their best selves. My fourth series dives deep into the hearts and minds of some of the world’s most influential people.”

With original, in-depth interviews with some of the most loved and respected thought leaders and personalities in Australia and around the world, series four of A Life of Greatness, features eight episodes with celebrity guests including comedian, TV presenter and broadcaster Dave Hughes, leadership expert Robin Sharma, originator of the global celery juice movement, Anthony William and New York Times bestselling author Steven Kotler.

Listen to A Life of Greatness here. 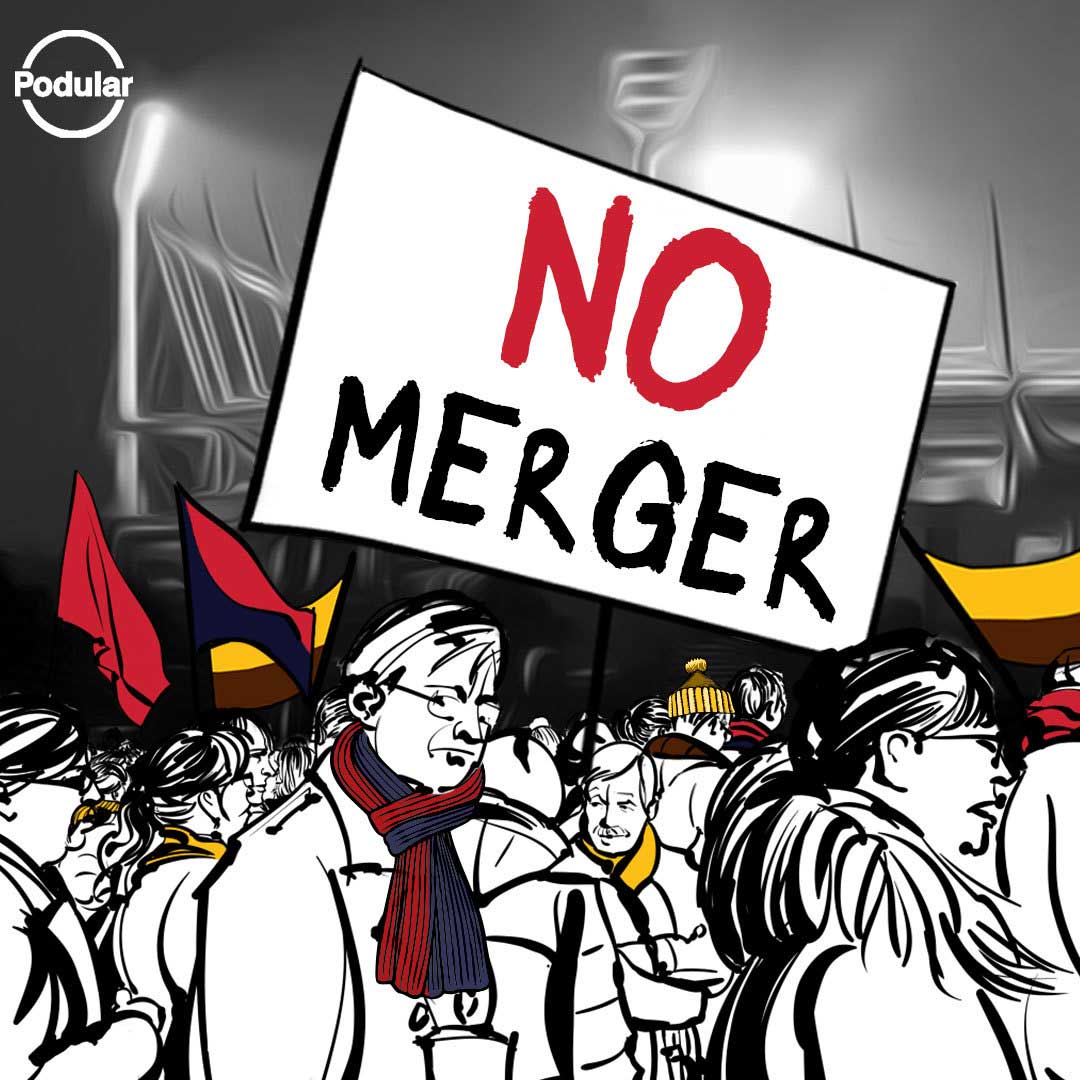 ARN’s iHeartPodcast Network Australia and the ARN-powered Podular Media have launched No Merger. The niche AFL podcast tells the story of the AFL’s failed merger in 1996 between Melbourne and Hawthorn.

Told through conversations with the people at the forefront of the controversy, including former AFL CEO Ross Oakley, AFL journalist Mike Sheahan, former Hawthorn premiership captain and Operation Payback frontman, Don Scott, former players Jason Dunstall, Alastair Clarkson, Andrew Leoncelli and many more, the four-part series delves into the truth behind some of the AFL’s biggest and most controversial moments.

Podular’s founder & CEO Adrian Houghton said, “No Merger was an opportunity for people to set the record straight, including a number of different misconceptions about the failed merger. We document how Operation Payback and the Demon Alternative fought to save their clubs under significant scrutiny and forces beyond their control. It captures the emotion and the backdoor dealings leading in that toxic and remarkable vote night.”

Listen to No Merger here. 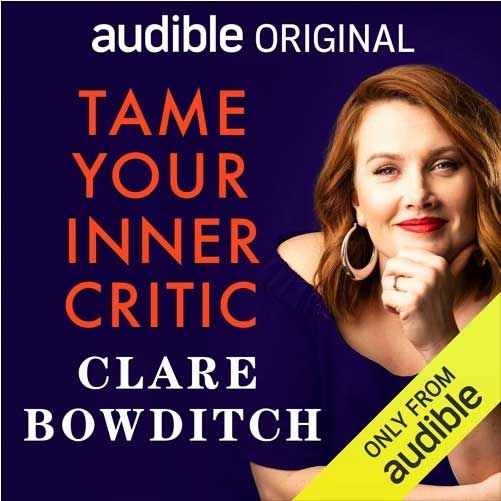 Tame Your Inner Critic from Claire Bowditch is being released August 11:

ARIA Award-winning, Logie-nominated actor, former ABC broadcaster and trained Life Coach Claire Bowditch guides listeners to choose how we think of ourselves; which stories we’re going to tell ourselves, and which ones we’re going to allow to come true in our own lives. Bowditch equips listeners with the skills we need, to manage the way we think. 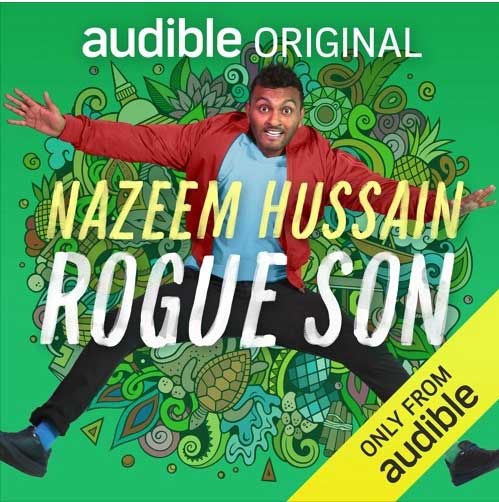 Against his mother’s protests Nazeem Hussain heads to Sri Lanka to answer the question his son may one day ask him “Why are we brown?” A new government is elected while Naz is in the air, so he lands in a strange atmosphere of confusion and change. Under this government’s previous reign, disappearances of minorities were rife, and as a minority Muslim in this country, Naz wonders if he should have listened to his mum. 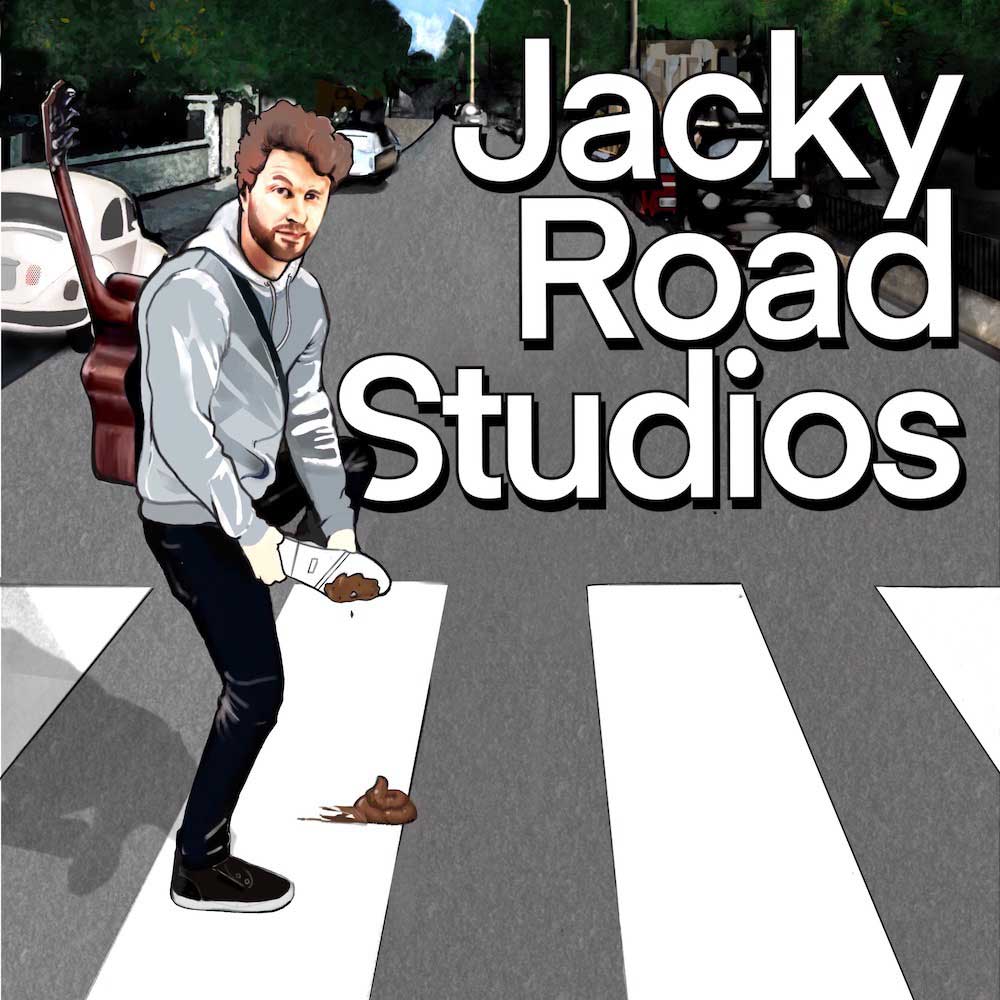 Liam Stapleton is the latest guest to join Jack Post’s Jacky Road Studios podcast, with the pair recently recording an episode titled My New Voice. Post is a busy member of the on-air team at Melbourne’s #1 FM breakfast show The Christian O’Connell Show and a regular on the Hamish & Andy podcast. He launched his own podcast just last month and Stapleton features on episode eight. The series launched with podcaster and producer Radio Mike (aka Podcast Mike).

Stapleton is one half of Nova Adelaide’s Breakfast team Ben & Liam, a pair who have travelled the road from community to public to commercial radio in recent years. After launching on Fresh 92.7, they got a shot at a national audience with three years on triple j. They started on air with Nova in January this year.

Post asked Stapleton how the transition has been to Nova, where Ben & Liam are interviewing hitmakers like Guy Sebastian rather than the indie bands of triple j. “I love it, it’s weird because it’s a whole different world,” said Stapleton. “At triple j you start to get the same people… but you end up making friends with some of those artists which is really cool.”

Stapleton revealed he and Ben Harvey are still at Nova until 3pm most days, a fact that surprised Post: “We are super passionate about what we are building,” he said. 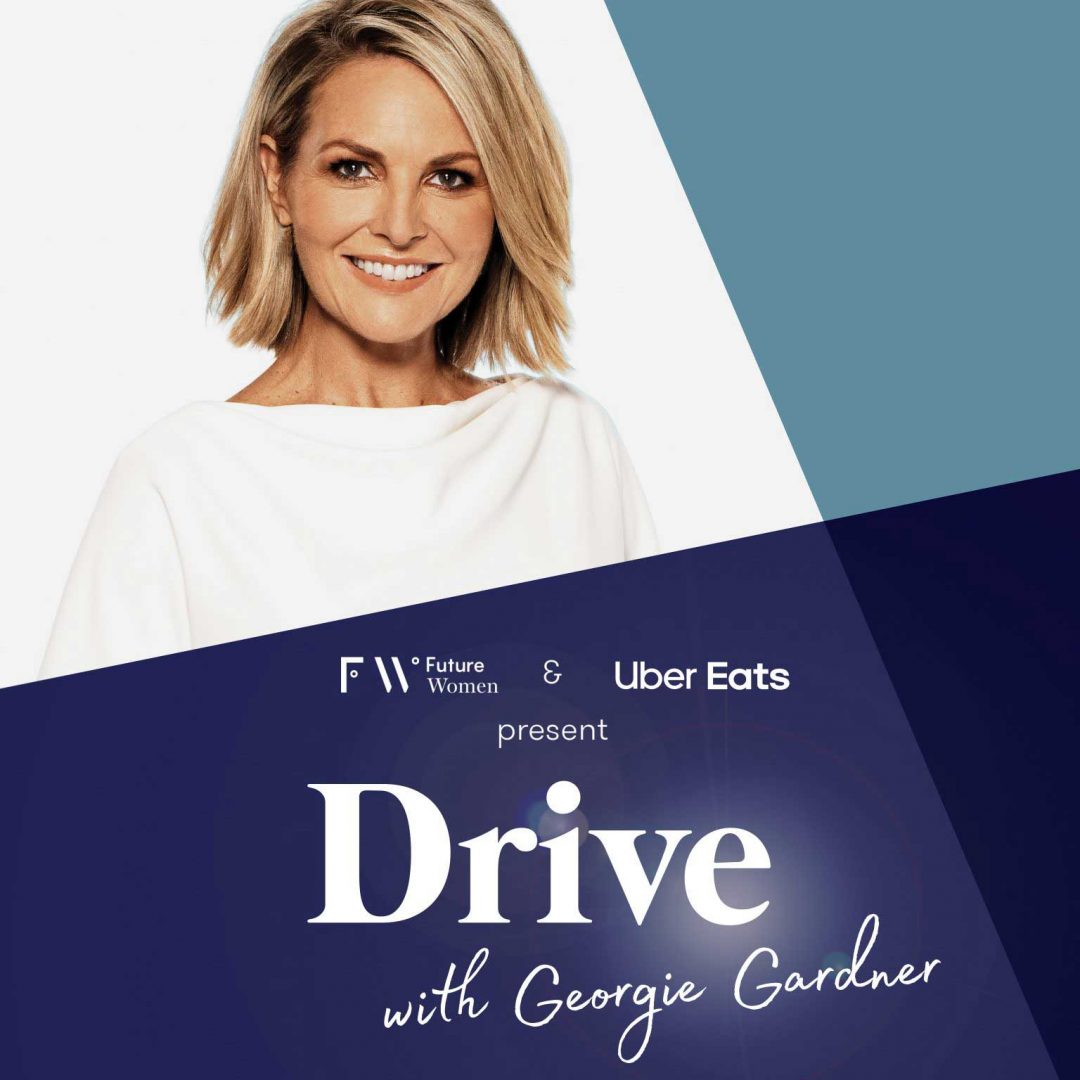 The online destination Future Women is interviewing women on their motivations and inspirations in a new 10-part podcast series Drive hosted by 9News journalist and TV presenter Georgie Gardner. 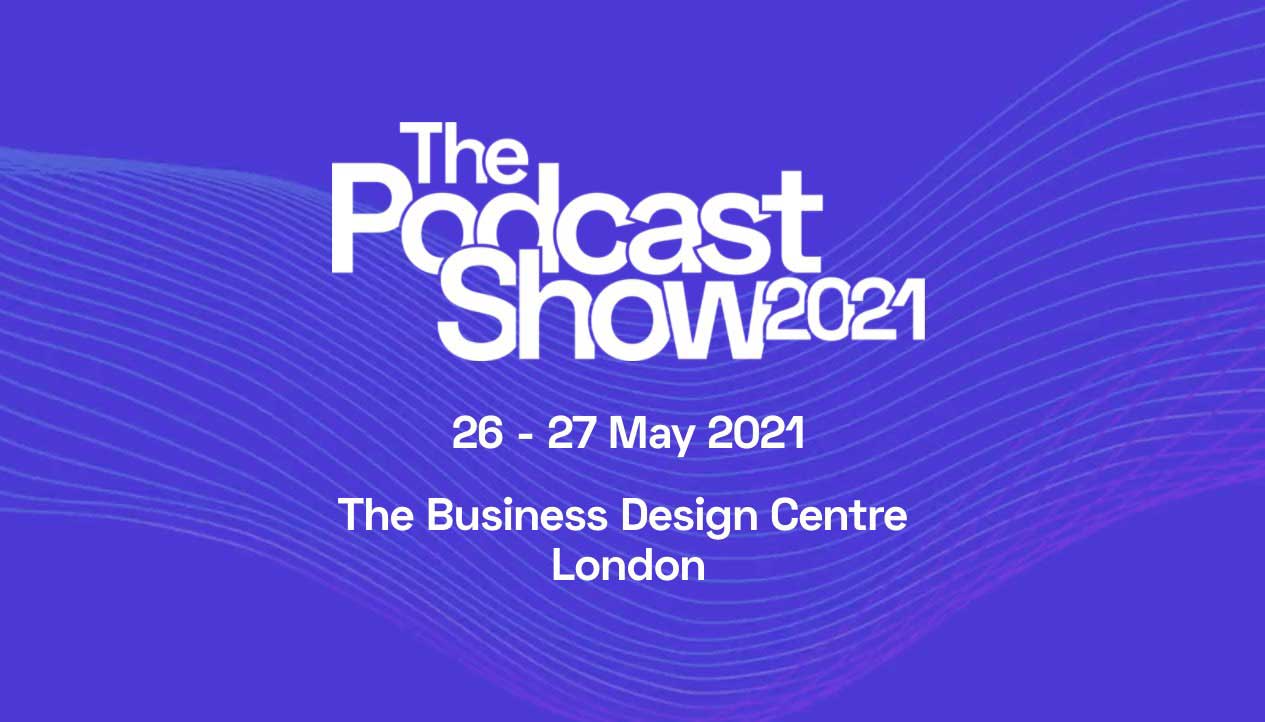 AV Media & Events (AVME), a joint venture between event specialists SME London and GetOnMedia, this week announced the launch of inaugural festival The Podcast Show which will take place at The Business Design Centre London on 26th & 27th May 2021. The Podcast Show is promising the biggest festival for the business of podcasting in Europe and will welcome the entire podcasting community from around the globe. Held over two days, the event will feature a series of industry panels with over 250 speakers, workshops, masterclasses, live podcast matinees, major industry keynotes, international networking, ‘In Conversation With’ discussions and exhibitor/partner activations. For more information, visit http://www.thepodcastshowlondon.com/

The Podcast Show will welcome 6,000 attendees across two days including industry professionals, business leaders, podcast fans and the next generation of the podcasting community. Centrally located in London’s media district, moments away from the Eurostar and rest of Europe, The Podcast Show will be the largest podcast B2B and consumer show outside of North America. The Podcast Show is billing itself as the ultimate networking event, whether you are in the business of podcasting, new to podcasting, an independent creator, publisher or IP owner, or looking to innovate and improve your craft. The Podcast Show will play host to a series of standout show features, such as the Brands & Advertising Exchange and the International Pavilion, as well as a series of stages created to both inspire and showcase emerging podcasting talent, including Rise Up Platforms, Pitch A Podcast, a Creator Centre – with more to be announced.

Spotify will be an official lead partner of The Podcast Show 2021. Other partners are BBC Sounds, acast, Audioboom and UK content business somethinelse.