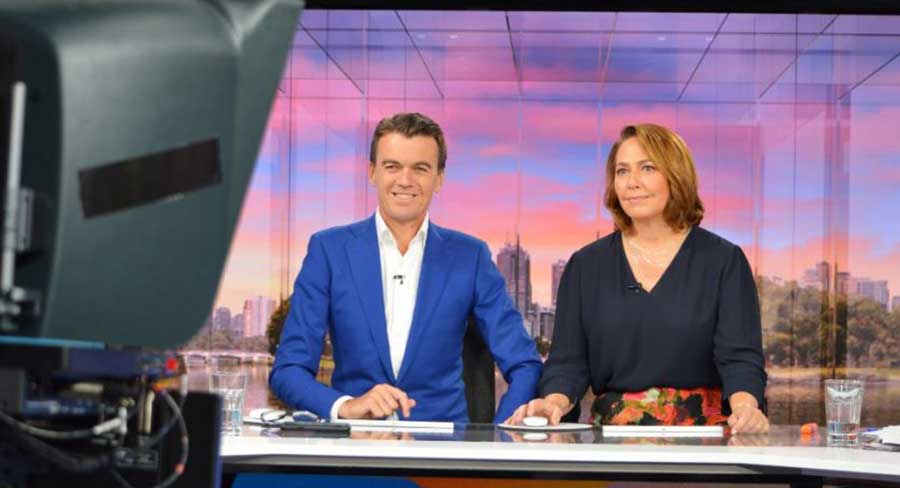 In a statement, the duo said: “It continues to be an exciting time to produce drama and we’re looking forward to whatever comes next.” 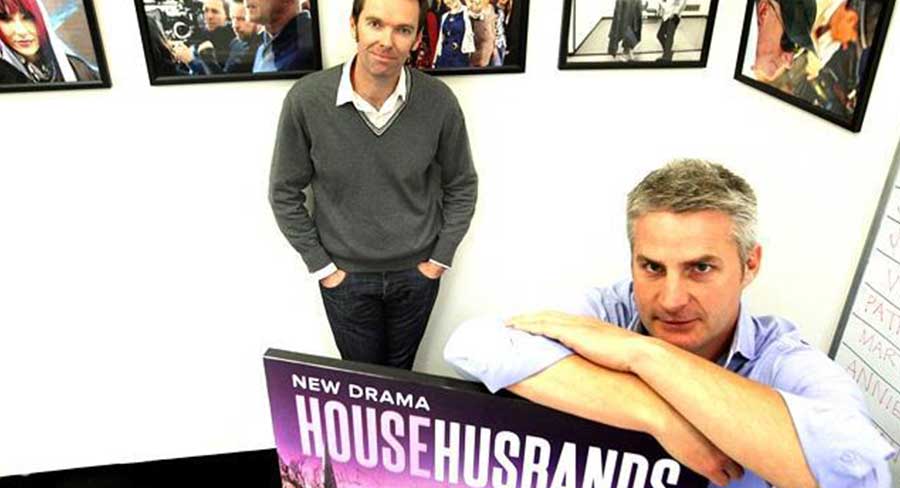 Wayne Garvie, Sony’s president of international production, said: “We fully support David’s Maher and Taylor in their decision to go back to working as independent producers, and look forward to working with them in their new capacity, while continuing to invest in and build Playmaker under a new management team.”

Playmaker launched in 2009 and Sony Pictures Television purchased the business in 2014. Most recently Playmaker has had a close relationship with Stan, producing the series The Commons and two seasons of Bloom.

Other series have included House Husbands, Bite Club and Love Child for Nine, plus The Wrong Girl, Friday on My Mind, The Code and Hiding.

The comments, from one of the nation’s most successful global equities fund managers and a major tech investor, come as the chief executives of Google, Facebook, Apple and Amazon prepare for a grilling by US lawmakers and as Treasurer Josh Frydenberg prepares to unveil a new regulatory framework governing how the digital giants operate in Australia.

“Do I think they’re going to be broken up? There is a lot of water to flow under the bridge before that happens and America really has to think about, does it want to cripple its technology companies when it’s in a battle with China?” Douglass told The Sydney Morning Herald and The Age.

“I don’t think [politicians] can break them up under current anti-trust law. They’ll need a change to anti-trust law. Getting anything through [Congress] pre-elections is very unlikely and then it will depend on who runs the White House, who runs the Senate…and America has to decide what is in its best interests,” Douglass said.

The chief executives of Amazon, Facebook, Google and Apple are all fronting a US House Judiciary antitrust subcommittee this week.

A Seven Network executive producer has paid a high price for drink driving at more than twice the legal limit and smashing into the back of a stationary taxi when it stopped to let out passengers in Sydney’s south, reports News Corp’s Eliza Barr.

Sylvia D’Souza, 42, left work drinks at a Surry Hills pub in her car when her phone was flat and she was unable to book an Uber or find a taxi on July 3.

D’Souza instead found a taxi minutes later when she ploughed into the back of one on the Princes Hwy in Rockdale as the driver stopped to let out a mother and her young child.

When police attended the scene, D’Souza returned a positive breath test – and a subsequent breath analysis returned a mid-range result of 0.134.

At Sutherland Local Court, barrister Allan Goldsworthy said D’Souza was on the hook for more than $40,000 after the taxi was badly damaged and her insurance was rendered void by her drink driving.

D’Souza pleaded guilty at the first available opportunity and Magistrate Michael Connell convicted her, fined her $1200 and disqualified her licence for three months.

D’Souza was recently promoted by the Seven Network to the role of executive producer after an illustrious career as a producer on well-known shows including Bride and Prejudice, Zumbo Just Desserts, The Mentor and the second season of Survivor in 2017.

ABC News Breakfast will be without its usual hosts on Thursday morning after a coronavirus scare, reports News Corp’s Andrew Koubaridis.

Michael Rowland, Lisa Millar and weather presenter Nate Byrne will be off-air after the wife of a crew member tested positive to the virus.

Rowland tweeted on Wednesday night the state broadcaster had made the decision the presenting team should self isolate, following confirmation the wife of the Breakfast floor manager had tested positive.

The floor manager, who he identified as Joe, was awaiting his test results, but both he and his wife, Laura, were fine.

Rowland said the replacement of the hosts went “above and beyond health department requirements, but precaution is being taken for the wellbeing of other ABC staff in Melbourne” because “we all work closely with Joe”.

The show went to air this morning with Ben Knight and Madeline Morris stepping in as hosts.

A Neighbours actor who imported and sold high-quality drugs under the alias ‘drkemist’ has been jailed, reports News Corp’s Paul Shapiro.

Aravinda Mathuran, 30, was sentenced in the County Court yesterday to 39 months’ jail – with 21 months wholly suspended – after pleading guilty to importing and trafficking drugs.

Mathuran was busted after Australian Border Force intercepted 15 parcels containing a combined weight of more than half a kilo of MDMA with a street value of $40,000.

The parcels, which also contained cocaine and ketamine, were mailed from the United Kingdom, Germany and France between September 2018 and February 2019.

He has also appeared in several commercials for brands including Carlton Draught, Cbus, Sportsbet and Bupa.

Mathuran – who had spent 57 days in custody – will serve 18 months’ jail before his sentence is wholly suspended for 21 months.

Until now 25-year-old Australian actor Georgia Blizzard had just one television credit on her resume. The NIDA graduate had appeared in a single 2016 episode of Home and Away as the alliterative troublemaker Stephanie Suttle, reports The Age’s Craig Mathieson.

“She had a great little arc,” jokes Blizzard, putting a touch of comic emphasis on “little”.

Like many young actors, Blizzard started out on the audition circuit hoping for a breakthrough role. When it presented itself, the beginnings were innocuous. A major British production, an ITV adaptation of J.G. Farrell’s World War II-era novel The Singapore Grip, was having difficulty filling a key role, so they’d expanded the casting search internationally.

Like hundreds of other hopefuls, Blizzard got dialogue for a sample scene and little else. The Hobart-born and Sydney-based actor recorded her audition for the part of Joan Blackett, the complicated daughter of a wealthy expatriate family in the titular British colony, and sent it off. Another audition was requested. Skype calls, accent work, and further emailed audition files followed.

Having never left Sydney, Blizzard won a major role, and in February of 2019 flew to London for the first time for a week’s pre-production prior to a four-month shoot in Malaysia. After an 11-hour costume fitting she attended the customary table read of the script with her co-stars, at which point the digital gap gave way to physical reality.

The Age’s Craig Mathieson asked a trio of leading local creative voices what local drama they’d remake if given the green light, and what they would and wouldn’t do differently with it in 2020. After some YouTube sessions and brief brainstorming, here are their pitches.

Is it better to reboot a show you love or one you’re sanguine about? Tony Ayres is a firm believer in the former. “Frontline is one of my favourite Australian shows of all time. When it was on I would be glued to the TV,” he says, while taking a break from post-production on his forthcoming Netflix series Clickbait. “Appointment viewing wasn’t my thing when I was younger, but it was the one I was desperate to watch. I felt grief when I missed an episode.”

It’s a straightforward yet fascinating premise that leading television and film producer Rosemary Blight wants to address with her theoretical reboot.

“Rake lasted multiple seasons because people fell in love with Cleaver Greene. He’s one of the most brilliantly written characters on Australian television: he’s bad, he slept with everyone, he was self-destructive, he was brilliant, and he was mercurial,” Blight says. “Then I wondered what would happen if he was a woman? What would it mean if Cleaver Greene was Sheila Greene?”

As played by John Wood, Michael Rafferty was an unconventional magistrate whose suburban courtroom was a crossroads location where different people and issues passed through weekly for five seasons on Seven between 1987 and 1991. It’s a setting that attracted the writing, producing, and performing team of Robyn Butler and Wayne Hope.

“What was interesting was that they seemed to do a lot of social issues. One we saw on YouTube was about domestic violence, which has been a hard conversation to depict even these last five years,” Butler says. “It was really progressive, so we wanted to lean into the idea of exploring social issues and combine it with humour, which is really our wheelhouse.”

In these strange pandemic days, crippled businesses around the country have been clamouring for government assistance. Among them is the film and TV industry, which has been severely affected with numerous productions either shut down indefinitely or cancelled. Their casts and crews, many of whom are self-employed, have been out of work and ineligible for benefits.

In recent weeks, the federal government has responded to pleas for support by pledging $400 million to attract big-budget international film productions to Australia. And rather than offering additional support to our national broadcaster, the ABC, it’s donated $10 million to Foxtel to help it showcase women’s, niche and under-represented sports. In 2018, Foxtel was gifted $30 million as part of the same initiative.

As the debate continues about the best ways to assist the industry, and in the midst of a government review that could reduce the amount of local drama and children’s content that appears on our screens, it’s worth noting that there is a way for the government to support the industry and generate much-needed investment without having to spend a cent. It involves legislative controls.

The existing quota system requires the free-TV networks and the pay-TV providers – but not the ABC, SBS or the SVOD services – to produce a minimum amount of local content each year. The regulations currently mandate that, each year, the commercial broadcasters show 260 hours of children’s programs and 130 hours of preschool programs, 250 hours of first-release local drama and 24 hours of children’s drama. A crazy loophole allows New Zealand productions screened here to be included in these tallies.

Channel 10 has responded to Bachelor in Paradise star Jamie Doran‘s announcement on Wednesday that he intends to sue the network and Warner Bros, report Chloe-Lee Longhetti and Jo Scrimshire from Daily Mail Australia.

A spokesperson dismissed the legal threat in a brief statement, saying that Jamie had not in fact engaged lawyers to act on his behalf against the broadcaster and production company.

‘Network 10 has not received any papers regarding this claim,’ a spokesperson said.

Earlier on Wednesday, Jamie, 40, had claimed on Instagram that he was taking legal action over his negative portrayal on The Bachelorette and Bachelor in Paradise.

‘This is not the news I wanted to post, but I feel I owe this to at least my family, friends, and also fans of The Bachelorette and Bachelor in Paradise,’ his post began.

‘I’m not going to comment on this any further for the time being and would appreciate it if people would respect my privacy.’